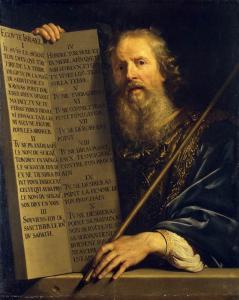 A reader sent me the following question:

You identify the Ramses and Pithom of Exodus with cities built during Ramesses II’s reign. This would make Ramesses the Pharaoh of Exodus 1, who enslaved Israel and gave the midwives that bloody order. Because of Exodus 2:23, we know that at least one Pharaoh died during Moses’ stay in Midian. Therefore, making Ramesses the Exodus 1 Pharaoh makes his son Merneptah [r. 1213-1203] or perhaps a later king, the Exodus Pharaoh, which is impossible as Merneptah’s five-year stele places Israel in Canaan.

Exodus 1:11 (RSV) Therefore they set taskmasters over them to afflict them with heavy burdens; and they built for Pharaoh store-cities, Pithom and Ra-am’ses.

The text doesn’t indicate which Pharaoh this was. As I noted in my article, Moses’ “Store-City” Pithom & Archaeology, the two cities were already in existence when Ramesses II became Pharaoh (archaeology establishes and confirms this).

[T]here was a “settlement” [in Pithom] 500 years before this time, but apparently no large-scale structures, let alone a “fortress.”

Given these facts, “built” in Exodus 1:11 (if interpreted in a literal chronology in context) could feasibly mean, more specifically, “started to build.” Or, if it is referring to what happened later (as a sort of footnote in the text), it could be interpreted as follows — as I wrote in the same paper:

[W]hen the Bible says that the city was “built” it referred to the fortress walls and other large structures being built, or the city being significantly fortified. We might say, similarly, that “the modern city of San Francisco was built after the earthquake of 1906″: when in fact, the city was re-built then.

The Bible and Hebraic thinking often approached matters with a different sense of chronology than what we use now. Later events are sometimes interjected into passages, in a sort of “prophetic” fashion. So either interpretation is possible. And either one would adequately explain what might appear to us as a contradiction.
*

Jacques Doukhan, in his book, Hebrew for Theologians: A Textbook for the Study of Biblical Hebrew in Relation to Hebrew Thinking (University Press of America, 1993) noted that in the Hebrew mind, “the content of time prevails over chronology. Events which are distant in time can, if their content is similar, be regarded as simultaneous.” (p. 206)

Likewise, Thorleif Boman, in his book, Hebrew Thought Compared with Greek (New York: W. W. Norton & Company, 1960), devoted 61 pages to the topic of “Time and Space.” He noted that for the Hebrews,

Biblical writers (or their later editors, such as Ezra) also frequently used the well-known literary technique of compression, or telescoping; i.e., condensing or abridging a story and leaving out details in a way which may lead some (not familiar with the technique) to erroneously believe that it all happened on one day, or a short period of time. This methodology was unquestionably used by ancient writers such as Josephus, Plutarch, Cicero, and Quintillian. It was described by Lucian of Samosata (c. 125 AD-after 180 AD), a Syrian rhetorician, in his treatise, How to Write History.

We know that these “many days” were somewhere in the forty-year period begun by Moses fleeing the Pharaoh (Ex 2:15): when he was forty years old (Acts 9:23-24), and the Exodus, when he was eighty (Ex 7:7; Acts 7:30). The eminent Egyptologist Kenneth Kitchen places the Exodus — based on archaeological and historical evidence of various kinds —  at 1260-1250 BC (On the Reliability of the Old Testament, Grand Rapids and Cambridge: William B. Eerdmans Publishing Company, 2003, pp. 307, 310). So (assuming he is correct), Moses would have been 80 in 1260-1250 BC and 40 in 1300-1290 BC.
*
We know from secular historiography and archaeology, that the two predecessors of the Pharaoh of the Exodus, Ramesses II (r. 1279-1213 BC) were Seti I (r. 1290-1279) and Ramesses I (r. 1292-1290). We don’t know for sure which was being referenced in Exodus 2:23. The deaths of both of these Pharaohs occurred within the timeline provided by Dr. Kitchen. The death referred to in Exodus 2:23 would have occurred when Moses was 40 or 50 (Ramesses II) or 51 or 61 (Seti I).
*
Once these factors are understood and taken into account, the possible “difficulty” vanishes.
*
***
Practical Matters: Perhaps some of my 4,000+ free online articles (the most comprehensive “one-stop” Catholic apologetics site) or fifty books have helped you (by God’s grace) to decide to become Catholic or to return to the Church, or better understand some doctrines and why we believe them.
*
Or you may believe my work is worthy to support for the purpose of apologetics and evangelism in general. If so, please seriously consider a much-needed financial contribution. I’m always in need of more funds: especially monthly support. “The laborer is worthy of his wages” (1 Tim 5:18, NKJV). 1 December 2021 was my 20th anniversary as a full-time Catholic apologist, and February 2022 marked the 25th anniversary of my blog.
*
PayPal donations are the easiest: just send to my email address: apologistdave@gmail.com. You’ll see the term “Catholic Used Book Service”, which is my old side-business. To learn about the different methods of contributing, including 100% tax deduction, etc., see my page: About Catholic Apologist Dave Armstrong / Donation Information. Thanks a million from the bottom of my heart!

Photo credit: Moses with the Ten Commandments (1648), by Philippe de Champaigne (1602-1674) [public domain / Wikimedia Commons]
*
Summary: Does the death of a Pharaoh, mentioned in Exodus 2:23, create difficulties in Exodus chronology & the view that Ramesses II was the Pharaoh of the Exodus? No.
Previous Post 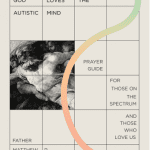 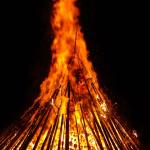 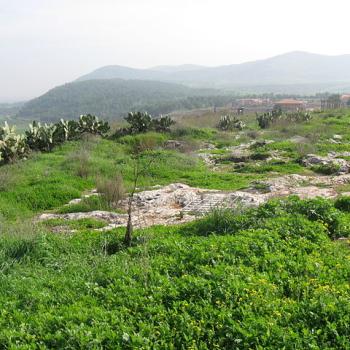