The Bible and Contradictions: Canaanites and Childish Delights 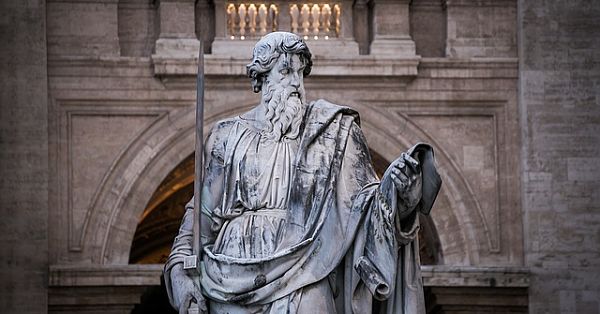 There is value to child-like wonder, but little in childish anger. If you think children are perfect as they are, you have not taught school. Kids can be cruel and that is why we educate them. Good teachers help kids make better choices. One better choice is being kind, charity in understanding other people, and not spending time looking for meaningless weaknesses or foibles on “the other team”.  You know the kind of childishness: “He said ‘ass’ . . . ha, ha! ” when another student has read aloud a book that mentions a donkey.

In fifth grade, childishness comes with the job, one is teaching children, but we should do better in adulthood!

I wish the existence of the Canaanites was Big Bible News, because then when I pointed out that the Israelites did not kill all the Canaanites two years ago, I made bigger news as a prophet by pointing it out before science. Of course, I knew this just by reading the text in context so I will have to pass on the honor!

Bible contradictions, if they exist, are less interesting than people think.  If they do exist, then a particular view of inerrancy would be disproven, but that is not a view of the text all Christians have held or presently hold. Second, literature often uses apparent contradictions to highlight a point:

Answer not a fool according to his folly,
lest you be like him yourself.

That seems straightforward, but now read the next proverb:

Answer a fool according to his folly,
lest he be wise in his own eyes.

One of the Cretans, a prophet of their own, said, “Cretans are always liars, evil beasts, lazy gluttons.” This testimony is true.

he is writing paradoxically.

Fortunately, not all critics of the Bible are childish and we can learn from good questions.  With this in mind, M* poses this excellent question:

Suppose the Bible has no contradictions. That is not a good enough reason to think it divinely inspired, though it would be interesting. M* has given us two good reasons why this is so. First, the Bible has been around for centuries and that would give time for people to edit out the mistakes. Second, the church picked or recognized the books to put in the Bible that she thought were inspired so some books could have been eliminated, because they contradicted the mainstream message.

Both of these things could have happened. There are two reservations to make, however.

First, we have centuries of texts for the New Testament going back nearly to originals. We do not see much evidence for editing. The Gospel of John, almost surely the last written, has a fragment that dates to around 120. That may be as few as thirty years from the original. Go to Bible Hub and take a look at textual variants over the centuries. Scholars list all the alternatives for you. Christians do not hide these decisions! You will find that with the exception of a few places (the end of the Gospel of Mark, John 8), the variants are not important or the right reading is easy to determine. Even in the case of Hebrew books, where we are much further from any originals, our most ancient manuscripts are not that different from more modern manuscripts.

The idea that there was some giant church editing job, common in childish skepticism, is falsified by the manuscript data.** We have manuscripts older than the time of the alleged editors!

Second, as critics point out, hard sayings of Jesus are left in the text.  There has been no effort by later editors to make all the numbers mentioned in Scripture the same from text to text. Numbers are used in literary and literal ways in ancient books and the Bible, if edited at all, rolls with that truth.

The harmony of the Bible could be the result of good editing, but if so, it has left little trace in the manuscripts themselves.

Much more plausible is the idea that recognizing canonicity, what books belong, is itself an editing process. This is true. One tells what is Homeric and is spurious in classical studies in part by continuity with what is accepted as Homer’s text (generally Iliad)*** As a result, I think that general harmony cannot be used, by itself, as a proof for the Bible’s message.

There is an important exception to this argument, however. The four Gospels are in the canon and there is no equivalent testimony of the life of Jesus that is nearly as close to an eyewitness account. Other non-canonical Gospels are much further removed in time from the life of Christ. It seems fair to argue that the harmony (such as it is) of the oldest accounts, as compared to much later stories about Jesus, points to the truth of the life of Jesus. The church did not leave out other contemporaneous (or nearly contemporaneous) accounts through text selection.

Since the Christian message starts and ends with Jesus, this is a very important exception.

**M certainly does NOT hold such beliefs. He is a thoughtful critic.

***This is analogous. I recognize that:

July 30, 2017
Dunkirk: When the Titanic wasn't your bravest day
Next Post

August 1, 2017 Post Barton – Christianity and the Constitution- Warren Throckmorton
Browse Our Archives
get the latest updates from
Eidos
and the Patheos
Evangelical
Channel
POPULAR AT PATHEOS Evangelical
1

The Day I Walked Away: Finding Healing After...
At some point, we must let go. Let go of the lies...

Where We Are with COVID
When will the COVID pandemic finally be over? "The Science" can't give...
view all Evangelical blogs
Copyright 2008-2021, Patheos. All rights reserved.