Last week there was this big event of a full solar eclipse, which from what I understand doesn’t happen very often. Around us in the U.S. it was the topic of conversation every where for about a week. Everyone you met wanted to know if you were going to watch, if you had gotten the special glasses to be able to look at the sun safely or if you’d use a pinhole camera to see an image of it on the ground.

For me personally I think it’s really cool but I didn’t feel any need to see if for myself. I was satisfied with knowing that it was happening and didn’t need to see it.

Some friends who went to a viewing event, though, said it was really nice because it brought people together in the awe and splendor of nature. America has been so divided of late that it was a relief, they said, to come together with neighbors and enjoy this event so removed from human politics.

So when I went to visit my Hindu cousin yesterday I naturally asked if she had watched the eclipse and she told me it was inauspicious!

I never really thought about that. She told me that in India for an event like this the exact opposite thing would happen, everyone would disappear indoors. The super crowded streets would be empty.

It’s interesting to realize that the same event can mean such different things to different people. 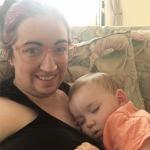 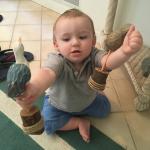