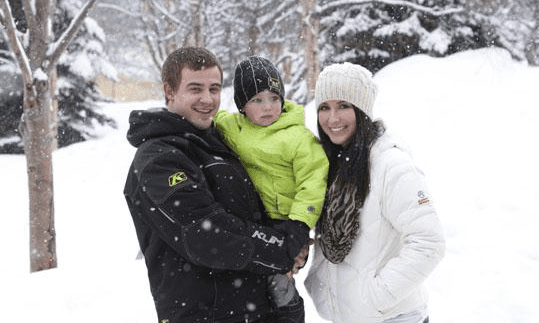 We moved to Juneau when Mom became Governor of Alaska, which was a big transition for our family.  When I joined my new school’s basketball team, the team manager, Marissa, quickly became my best friend. Half Japanese and half native, she had dark hair, a funny sense of humor, and we became best friends instantly.  And we still are!

Back in those more innocent days of school, we never would’ve guessed both of us would’ve ended up pregnant without being married.  That’s why I was glad she and I were able to do something nice for unwed teen moms.  I loved sitting around with those girls, their cute babies, and hearing everyone’s stories.  Talking to them gives a more realistic picture of teen pregnancy.  Though the children are blessings, having them without the benefit of marriage is not ideal.

I wanted to give them a little encouragement, and what better way than with a Bible verse?  Mom helpfully provided some inspiration.  In case you couldn’t hear which Bible verses we underlined in those cute pink Bibles, it was Jeremiah 29:11:

For I know the plans I have for you,” declares the Lord, “plans to prosper you and not to harm you, plans to give you hope and a future.

It was great to have Gino camping with us, but – gosh – it’s always so complicated.  It pains me when I hear Tripp call him Dad.   (Though, truth be told, he also uses that term to refer to my dad, my brother, and my uncles.  He seems to address anyone who’s a father figure to him as “Dad,” something he’ll grow out of I’m sure.  Thankfully, he has the best role models in my dad and brother.  This will help him be so well rounded because he gets to be around such good guys!)  Gino particularly annoyed me when he described his ideal relationship, by saying he wanted me to be a “good girl who will cook and clean.”

Cook and clean? Of course, I cook and clean.  But I’m more than that.  I’m convinced he realizes this, but the whole conversation just struck me wrong.  I think sometimes we just talk past each other.  I don’t know. Since neither of us are perfect, it’s just hard to know how to deal with our relationship sometimes.

New: Want to be a part of my Dancing with the Stars journey?  Sign up for special newsletters for the behind-the-scenes scoop! E-mail me so I can add you to my mailing list.  (My address is BristolsBlog @ gmail.com, without the space! Make sure to use the subject line: DWTS.)