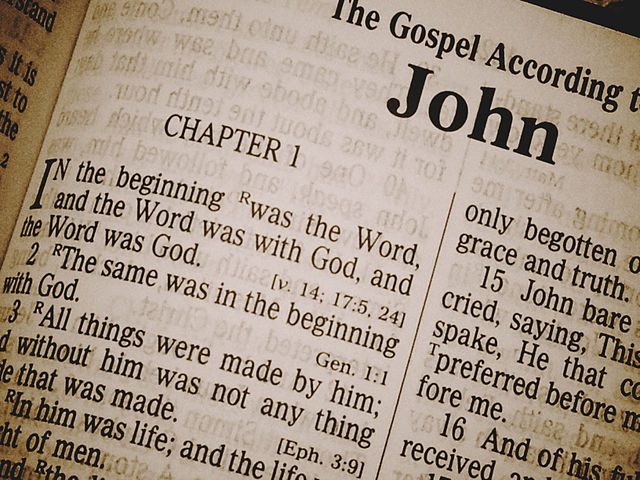 Catholics accept Church authority and a reliable, divinely-protected Tradition, whereas Protestants “pick and choose” which traditions are to their own particular denominational taste. This is arbitrary in two ways:

1) There is really no cogent, non-arbitrary method for Protestants to determine which tradition is true (e.g., NT Canon) and which is false (e.g., Marian doctrines);

2) The notion of “authority,” where present at all in Protestant ecclesiology, is inadequate for the task of proclaiming “authoritatively” which tradition is true, and the grounds will be circular in any event:

Protestant (P): X is a true, biblical doctrine because it is biblical.

Catholic (C): According to which denominational tradition?

C: How do you know your tradition is true, while others which contradict it are false?

P: Because we are the most biblical.

C: How do you know yours is the most biblical?

P: Because our exegesis is the most all-encompassing and consistent, and true to the clear teaching of Scripture.

C: But the other Protestant traditions claim the same superiority . . .

P: I must say in love that they are wrong.

C: How do you know they are wrong? I thought that Protestants were supposed to be tolerant of each other’s “distinctives,” especially in “secondary” issues, yet you are calling fellow brothers in Christ “wrong.”

P: I am compelled to because they have a faulty hermeneutic and exegesis, and I must stand firm for biblical truth.

C: How do you know they have a faulty method of interpretation?

P: By Scripture and linguistic study, and the consensus of scholarly commentaries, and because R.C. Sproul said so [ :-) ]

C: But again, the others claim the same prerogative and abilities.

P: Then if they are wrong, they must be blinded by their presuppositional biases, or else by sin.

P: Because they come to the wrong conclusions about the perspicuous biblical data.

C: Frankly, I would say that that is circular reasoning. But, even granting your contention for the sake of argument, how does an uneducated seeker of Christian truth choose which denomination is true to the Bible?

C: Now, don’t start that again [smiling]. They all claim that.

P: Well, then, the one which is apostolic and has roots in the early Church.

C: Then the Fathers must be studied in order to determine who has the early Church, “apostolic” tradition?

C: But what if it is found that the great majority of Fathers have an opinion on doctrine X contrary to yours?

P: Then they are wrong on that point.

C: So when all is said and done it is irrelevant what the early Church, or the Fathers, or the Church from 500 to 1500 believed?

P: Not totally, but I must judge their beliefs from Scripture.

C: Therefore you are — in the final analysis — the ultimate arbiter of true Christian Tradition?

P: Well, if you must put it in those blunt terms, yes.

C: Isn’t that a bit arrogant?

P: Not as much as the pope and a bunch of celibate old men in red hats and dresses telling me what I should believe [scowling].

C: You make yourself the arbiter of all true Christian doctrine, down to the smallest particular, yet you object to a pope who makes an infallible pronouncement about every hundred years or so!!!! Most remarkable and ironic! I say you are obviously a Super-Pope, then.

P: You can say that if you like. We call it the primacy of the individual conscience.

C: So you think that your own individual opinion and “conscience” is superior to the combined consensus of hundreds of years of Church history, papal pronouncements, apostolic Tradition, Councils, etc.?

P: Yes, because if a doctrine is biblical, I must denounce any tradition of men that is otherwise.

C: For that matter, how do you know what the Bible is?

Scripture is indeed self-authenticated; hence it is not right to subject it to proof and reasoning . . . Illumined by his power, we believe neither by our own nor by anyone else’s judgment that Scripture is from God . . . We seek no proofs, . . . Such, then, is a conviction that requires no reasons . . . I speak of nothing other than what each believer experiences within himself.

C: That seems intrinsically unreasonable, by Calvin’s own stated criteria. Yet you’ve attempted to give me reasons and logic throughout this whole conversation!

C: Well, that’s a whole ‘nother ball of wax. But I would say that you would not know what NT Scripture was for sure, if not for the Catholic Church. Calvin’s criteria is essentially no different than the Mormons’ “burning in the bosom” as a justification for their beliefs. Besides, on what grounds do you trust Calvin, when he contradicts earlier Church Tradition? Scripture is not self-authenticating, in the sense of its determining the extent and parameters of itself. This is clearly shown in the divergences in the early Church on the question of the NT Canon.

P: There was a broad consensus among the Fathers.

C: I’ll grant you that . . . very broad. But there is more than enough difference to require an authoritative decree by the Church to put the matter to rest.

P: But God guided those Christians specifically because His Word was at stake.

C: Oh? First of all, I’m glad to hear that you acknowledge the 4th century Church as “Christians.” Many Calvinists and other Protestants think the Church was already off the rails by then!

C: Good. So you agree that God guided the early Church. But not in all matters?

P: No, not when they talked about the papacy, Mary, bishops, the Real Presence, communion of saints, penance, purgatory, infused justification, baptismal regeneration, confession, absolution, apostolic Tradition, apostolic succession, and many other erroneous doctrines.

C: According to which “clear” denominational tradition?

C: [smacks forehead, then throws hands up and gazes toward the heavens, wincing in despair]

And so on and so forth. Yet Protestants claim we are the ones with an epistemological problem!

Meta Description: Fictional dialogue on the most controversial & central dispute between Catholics & Protestants, showing how sola Scriptura is incoherent. 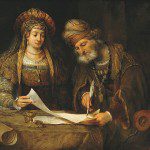 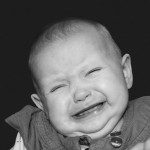