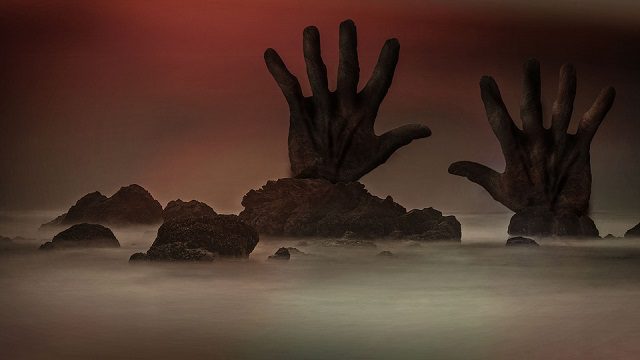 Once again, we Christians, pro-lifers, conservatives, and all moral traditionalists (the real ones and so-called) are well on our way towards sabotaging our own efforts in a presidential election year that was easily ours for the taking.

If Hillary Clinton wins, terrorism will grow even more rapidly than it has (many more thousands will die), the economy will languish longer, and radical secularization will exponentially increase.

The Supreme Court will be lost for the rest of my lifetime (I’m 58). Forget any more (legal) pro-life gains, even the incremental ones we have managed to achieve, because of pro-life GOP Supreme Court nominees. It’ll all be lost in one moment of her getting elected. Antonin Scalia will be replaced by an ultra-liberal secularist, and so will anyone else who retires or dies before Nov. 2020.

Yet so many conservatives, pro-lifers, Catholics, and other serious Christians can’t see all of these self-evident things. The devil has divided us up for the purpose of further wholesale destruction of what little is left of traditional American (not to mention Catholic) morals.

It could be that America is ripe for judgment, for all we know. Maybe we’ll be incinerated by the nuclear bombs we are now enabling Iran to build (or the existing ones owned by Pakistan or North Korea). If we are this ignorant about what is relentlessly happening all around us, we probably deserve swift judgment. We’re too clueless to even maintain a constitutional republic that (once upon a time) presupposed basic Christian principles and morals. But it will more likely (with historical hindsight) be a slow agonizing death.

Per my recent post, I’m not gonna wrangle and go round and round on all this. It’s fruitless and pointless. I’m simply expressing my disgust at what is happening, and over what will happen to our country and culture if Hillary Clinton wins. I still have that right . . . for now.

I can still condemn the absurdity and foolishness and self-destructive mania while it is happening. No one can say they weren’t warned by me, if the ever increasingly radical Democrats win again and are able to implement their full agenda. Religious freedom hangs by a thread, etc. We will see much worse than that (basic freedoms eroded), as this horrendous trend continues unchecked.

The late great Catholic writer, Malcolm Muggeridge, wrote a marvelous essay in 1970, entitled, “The Great Liberal Death Wish.” Here is part of it:

On a basis of liberal-humanism, there is no creature in the universe greater than man, and the future of the human race rests only with human beings themselves, which leads infallibly to some sort of suicidal situation. It’s to me quite clear that that is so, the evidence is on every hand. The efforts that men make to bring about their own happiness, their own ease of life, their own self-indulgence, will in due course produce the opposite, leading me to the absolutely inescapable conclusion that human beings cannot live and operate in this world without some concept of a being greater than themselves, and of a purpose which transcends their own egotistic or greedy desires. Once you eliminate the notion of a God, a creator, once you eliminate the notion that the creator has a purpose for us, and that life consists essentially in fulfilling that purpose, then you are bound, as Pascal points out, to induce the megalomania of which we’ve seen so many manifestations in our time — in the crazy dictators, as in the lunacies of people who are rich, or who consider themselves to be important or celebrated in the western world. Alternatively, human beings relapse into mere carnality, into being animals.

My rant is not a pro-Trump rallying cry. It’s a jeremiad against those who are enabling Hillary Clinton and radical secularism to win, when they could easily have been soundly defeated. It’s a rave against self-destructive stupidity. Things never change. We are ancient Israel x 1000.

America has been on the edge of the abyss for some time. But now things are accelerating so rapidly, that we may very well fall into it. Only a huge and deep revival will save us. Our children and grandchildren will have to live in this moral sewer that we are leaving them in: mountains of debt that can never be paid off; moral turpitude, sin and filth (and now, increasingly) murder everywhere: unstoppable, relentless, always growing and getting worse . . .

It’s either the end of America as we know it, or of the world (I’m not playing the end-times prophecy / apocalypticism game, but rather, merely observing that the world will end at some time), or the beginning of a new Dark Ages, when Christians will have to be secluded in our own little self-enclosed, self-sufficient enclaves, until we can venture out and start a new Christian civilization again. The one we built after the fall of the Roman Empire is now in its dying gasps.

Or it can be a time of revival and positive change. That’s our ray of hope. My mentor, Servant of God Fr. John A. Hardon, S. J., used to say that “the worst centuries in history are followed by the best centuries.” That’s been the pattern in history. Revival follows decadence and sin-soaked debacles. The actual end times would be the exception, but assuming we are not in that period, revival will likely come in this century (since the 20th century was the worst in history, far and away). I’ve said for years that it would probably be when I am an old man. Only time will tell.

But the choices we have this November are as important as they have ever been.  The world is insane. Do we want to join in with the madness or do something different: sensible and (relatively) traditional? Trump is not perfect, by a long shot. He’s said and done many stupid things (which the hostile media has often exaggerated as far worse than they actually were). I’ve never denied that he hasn’t. He was my 15th choice out of 17 GOP candidates.

But he’s not Hillary Clinton . . . I would have loved to have had a better choice, like many of you, but he’s not the worst conceivable choice, does indeed hold to many good policy positions (for my money, anyway), and he’s all we — for all practical purposes — have right now, as the best option. He may be at least a “bandage” to our cultural “gaping wound”, whereas Hillary Clinton and all that she represents (corruption, decadence, anti-traditionalism, bloodthirsty childkilling, inveterate lying) is salt in that wound, if not poison . . .

Meta Description: Rant against Christian self-demolition in the fight against radical secularization & for the life or preborn children & a better life for all. 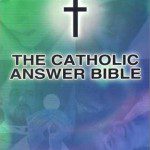 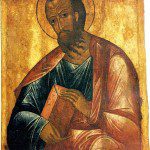