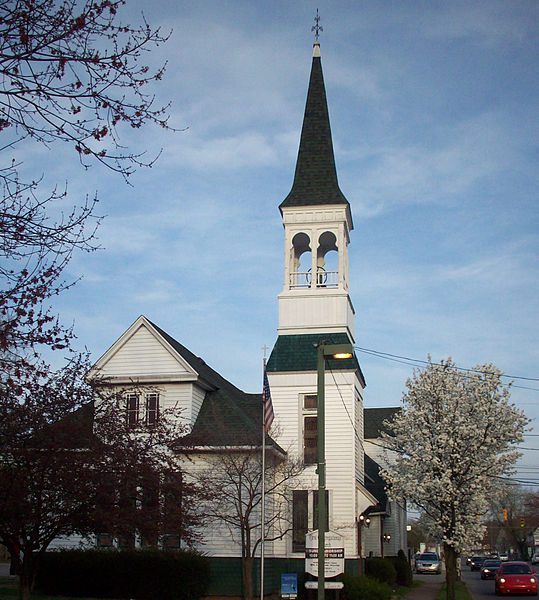 If we try to dialogue and persuade at all (and we’re not obligated to do it with everyone: I don’t, myself), it has to be charitable and fair to the other. Christian Ethics 0101.

The ecumenical approach has to do with the difference between an attempted friendly persuasion, utilizing the better aspects of the opponent’s views already in place (like Paul did on Mars Hill in Athens), and granting good faith, and an attitude of “you dumbbells and wicked people: how could you believe all these sinful things, leading to the downfall of western civilization,” etc.

This method is both Pauline and the advice of Vatican II. The other method is just plain stupid and won’t produce much good fruit at all. It’s one thing to point out a hard truth, but that isn’t even telling the truth.

Anti-Protestantism is, of course, a key component of the radical Catholic reactionary viewpoint: as an aspect of antipathy to ecumenism; and it also obviously ties into the antipathy towards Vatican II: that stressed ecumenism and much warmer relations with non-Catholics. That makes it “radical”: far beyond mainstream “traditionalism.”

I am both apologetic and ecumenical. If something has a great deal of truth, I note that, even when critiquing error (and mincing no words in doing so). Hence, in my books on both Martin Luther and John Calvin I have lengthy sections documenting areas where the two men agree with Catholicism (and I have an entire second book about Luther’s agreements with Catholicism). I have compiled an entire book of John Wesley quotations that is to be published next spring by a Protestant publisher. I try my best to think with the Church in this area (and all others).

Trent (Canon IV on Baptism) recognized Protestant baptism as valid, which meant that Protestants were regenerate and incorporated into the Body of Christ (just like the Donatists were in Augustine’s time, even though schismatic; which is why he said they shouldn’t be rebaptized). Vatican II’s Decree on Ecumenism never uses the word “heresy” or “heretic” even once. That is how the Church approaches Protestantism today (not that it denies any heresy is present, but approaches non-Catholics in a far different way).

The Mind of the Church develops over time. The radical Catholic reactionary wants to live in the past, in a sort of stultified antiquarianism. That is one of the major false premises of it.

“Separated brethren” was used 68 years before Vatican II by Pope Leo XIII. So we see that development taking place. It’s already implicit even in Trent, because if someone is validly baptized, that has always been the primary entrance into the Christian faith; therefore, Protestants are our brothers in Christ. It could not be otherwise, given their baptism (and both Luther and Calvin said the same thing about Catholics; neither were rebaptized).

Fr. William Most has shown that even with the famous Unam Sanctam of 1302 (no salvation outside the Church) — and the same sorts of ideas in the Church fathers — there were simultaneously two strains of interpretation side-by-side: a more strict one and another that allowed for exceptions or a far broader application.

That is similar to this question of how Protestants are regarded. On the one hand, the Church rejects heretical aspects of Protestantism, but on the other, its essential Christian character is also acknowledged. The first aspect has been the emphasis, in a sort of “defensive” or “fortress” orientation, since Trent, which had to preserve Catholic teaching from the Revolt that had occurred.

Over the last hundred years or so, ecumenism has taken on a much greater importance, and is emphasized. It’s typically Catholic “both/and” thought: any given thing has more than one angle to it, and the Church will stress one or the other based on prudence and the timeliness of one emphasis or another.

As the world becomes more secularized and decadent, it is all the more important to stress what we have in common with other Christians: not what divides us (while not denying the latter).

When I was a Protestant, a Catholic who took Vatican II seriously reached out to me with equal amounts of substance and charity. That’s really all it took. Talking to him got my innate curiosity going and I started reading all kinds of things. Within two years of meeting him, and within ten months of regular group discussions in my home, I was convinced.

If I had run across an anti-Protestant during that time, I would have known within two minutes that he was ignorant and bigoted (being an apologist as a Protestant too), and would have told him to take a long walk on a short pier and to never talk to me again. That would have had not only zero effect, but would have turned me off indefinitely to the Catholic Church.

So the myth that being ecumenical leads people away from the Church is absolutely false. It’s arrogance and ignorance that do that. All Vatican II does is apply the method of Paul on Mars Hill and his model, where he says, “I have become all things to all men, that I may win all the more.”

Radical Catholic reactionaries have little interest in evangelism because they’re so obsessed with complaining about the Church, which in turn turns anyone away from wanting to join it.

We try to bring Protestants from “very good” to “best and fullest”; not from “evil and wicked and bad through and through” to “angelic and perfect.”

We get nowhere saying, “your view is worthless and you are a total fool. Come join my view!”

No; we say, “I appreciate so much of what you believe and agree with much of it. Can I share with you some more good things I have discovered within the Catholic Church?” Almost anyone will accept that and talk. And almost anyone would reject the other dumb way of doing it.

Meta Description: Various thoughts and observations on various aspects of the unfortunate Catholic-Protestant divide, and ecumenism. 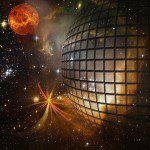 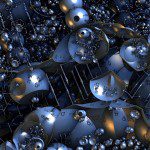 September 22, 2016 Church Authority vs. Rampant Sectarianism
Recent Comments
0 | Leave a Comment
"Again, as to the date of Jesus' death, I can't do everything in one paper. ..."
Dave Armstrong Refuting 59 of Michael Alter’s Resurrection ..."
"It's only a false equivalence for you because you have unscientifically and immorally and irrationally ..."
Dave Armstrong Problem of Good: More Difficult than ..."
"Response to Dave Armstrong’s ReplyHello Dave:First, I apologize to you and your readers for this ..."
Michael Alter Refuting 59 of Michael Alter’s Resurrection ..."
"But abortion is fine and dandy, huh? Yeah, child sacrifice has always been around, too. ..."
Dave Armstrong Problem of Good: More Difficult than ..."
Browse Our Archives
get the latest from
Biblical Evidence for Catholicism
Sign up for our newsletter
POPULAR AT PATHEOS Catholic
1