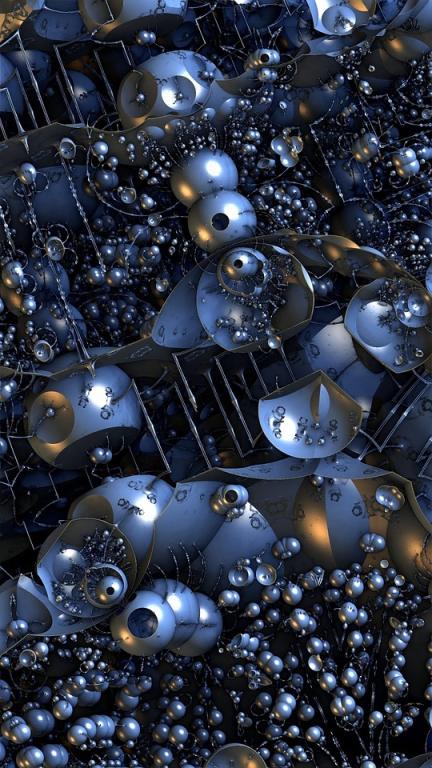 When will Protestant internal divisions and proliferation of sects ever end? Image by PeteLinforth (Oct. 2015) [Pixabay / CC0 public domain]

This is a discussion that occurred underneath my post, Catholic Approach to Protestants: Reflections. Anglican Iain’s words will be in blue.

Speaking as a Protestant (well sort of I’m an Anglican) I’m glad to know Catholics still think I’m a Christian (you might want to publicise this a bit more, though). Speaking personally, however, the reason I am unlikely to join the fold any time soon is not through any great antipathy to any particular Catholic practice or doctrine, or forms of worship, but because of how I at least perceive the Catholic Church approaches issues of doctrine as a whole. While I do in fact respectfully disagree with some of the positions the Catholic Church holds, even if I did not, I do not think I could in all good conscience become a member of the Catholic Church.

The problem I have is that I perceive (perhaps wrongly) an approach by the Catholic Church to discussion or disagreement over faith and doctrine whereby one points to paragraph 237 of the 1516 encyclical of Pope whoever, triumphantly point out that it is unequivocal on this point and sit back satisfied as if this were decisive, or even in fact mattered.

My problem is that as I understand it, to be a Catholic, or a “good” or “proper” Catholic, is to affirm ahead of time that what I believe will be what the Church says I should believe, not because it is convincing, or because I accept the soundness of its reasoning, but simply because it has said that it is so, and that I must affirm that if I find I do not believe I must somehow try to work my way into believing it. And that is something I cannot do.

Of course, that is just me, and many Protestant denominations have exactly the same approach with less justification in centuries of tradition and scholarship to back it up, so this may just be the Anglican in me who prefers its founding principle that anyone is welcome to join and will not be turned away, whatever their beliefs, if they can in all good conscience join the worship and say with us the prayers. (The Anglican Church – woolliness our specialty!).

Catholics have always held that Protestants were Christians; in error on many points, assuredly, but Christian, by virtue of baptism. That’s right from Trent. And Luther and Calvin — rightly understood — reciprocated, however much they detested the Mass, etc.

I understand your objection and you are exactly right in describing how we look at it. As a Catholic you would be bound to accept future binding proclamations of the Church, and to accept all that the Church teaches. The reason for that is how authority works for us. In Catholicism, Church and Tradition are infallible as well as the Bible. You guys accept the infallible Bible. We believe that this inspired Bible (God’s revelation) also teaches that Tradition and Church are authoritative and infallible.

That being the case, one accepts it in faith, and that includes willing obedience even to future proclamations. But I think way more is made of this objection than actually occurs in day-to-day life as a Catholic.

In my 25+ years as a Catholic, nothing has been proclaimed which would even remotely give me pause. The last major proclamation of this nature was (arguably) the Assumption in 1950. That had already been widely believed for centuries, so anyone who was Catholic would have known that, if they knew their history.

The alternative is sola Scriptura: the Bible as the final authority and a non-infallible Church and Tradition. We have seen the results that this view has produced: many hundreds of denominations with mutually contradictory theologies on many key points. That is hardly any “solution” or a sensible way for the man on the street to ascertain theological truth. I have argued that it is arbitrary, unbiblical and ultimately self-defeating as well.

But that’s what you are left with if you deny that the Church and Sacred Tradition are infallible and protected by God, passed down via apostolic succession. As soon as Luther and Henry VIII denied the infallibility of the Church, by necessity they had to fall back on the self-contradictory sola Scriptura position. Luther quickly detested the sectarianism that inevitably resulted.

The Protestant churches did not split into innumerable squabbling factions because of sola scriptura, again, on the contrary, they repeatedly split because, rather than just having to believe the Bible, their leaders followed the Catholic Church’s lead in insisting their members also believed everything else their leaders believed, no matter how contentious or half-baked.

Sectarianism, in my view, is the result of the extraordinary position of Christians supposedly being followers of the one God of boundless and accepting love unable to get their the heads around the concept that it is entirely unnecessary for us to worship together in unity that we should be in wholesale agreement with each other over exactly how many angels can indeed dance on the head of a pin (or indeed anything else).

Yes, of course, Luther was excommunicated. It’s pretty absurd for any organization to change 50+ things in its belief-system, because one quasi-prophetic figure says so, on his own arbitrary authority:

“rather than just having to believe the Bible”

Sure; all Christians want to do that. The trick is, what does it actually teach? Catholics accept a unified body of teaching, passed down through the centuries, as to what the Bible teaches.

Protestants think (in the final analysis) that each individual can figure it out without any (institutional / historical) help, and that it is crystal clear for all those who aren’t miserable scoundrels and sinners.

We see the fruit of that naive attitude . . . it’s not just following denominational teachings that leads to the doctrinal chaos and ecclesiological anarchy, but the notion that each person has the final say as to what Scripture teaches, that produces the chaos.

Meta Description: It’s the 500-year-old debate: does one accept the Catholic rule of faith (Bible + Church + Tradition) or the Protestant alternative (sola Scriptura)? 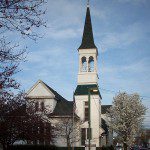 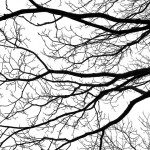