Did Moses (& God) Sin by Judging the Midianites?

Is Moses’ instruction to be doubted as sinful in this passage, or restricted only to the time and place, as a way to sort of dismiss it as a mere time-bound observation (whereas now we know better)? No. We are not at liberty to question an instruction by Moses that was following what God had told Him, as revealed in the same passage, earlier in the chapter. These are things that we all have to study and think through, rather than try to explain them away because we find them difficult to understand. They can be understood. Whether people will accept the biblical revelation in faith is another question . . .

The Bible often talks about the sins of its prominent figures (Paul, David, Moses himself, who — like both David and Paul — committed a murder). But this is not an instance of sin (unless God is also accused of sin). “The LORD” is instructing Moses all through this chapter, before and after our passage: 31:1, 3, 7, 21, 25, 31, 41. No indication whatsoever is given that Moses disobeyed anything he was told by God. If he had done so, the text would certainly note that, as in the incident where he struck the rock (to get water) too many times in disobedience and was punished for it by not being able to enter the Promised Land.

The Bible is very frank about the sins of man, even in some of the greatest heroes of the Bible. This is is not, repeat, NOT, an instance of Moses giving false, sinful advice, or wrongly losing his temper or what not. This was righteous anger because Moses was implementing God’s express instructions.

It’s a question of understanding a motif that is very common throughout the OT (in fact, virtually the “moral of the story” of the entire OT): God’s people follow Him for a while, then become corrupted by outside influences, then God judges the nations that are wicked influences and judges Israel too after they have gone too far into idolatry. Then He restores them for His purpose and the whole process starts over again. See, e.g., Nehemiah 9:26-36.

God reaches a point when sins of a nation or people have become so outrageous, that He judges them. Sodom and Gomorrah is a clear example of this. Note the following passage:

Genesis 15:16 And they shall come back here in the fourth generation; for the iniquity of the Amorites is not yet complete.

If nations repent, then God doesn’t destroy them (Jer 18:7-8; Nineveh: Jonah 3:4-10). The OT is filled with instances of nations being judged (or prophecies of same). For example, here are some shorter passages:

Jeremiah 12:17 But if any nation will not listen, then I will utterly pluck it up and destroy it, says the LORD.”

Ezekiel 14:19 Or if I send a pestilence into that land, and pour out my wrath upon it with blood, to cut off from it man and beast;

Ezekiel 33:29 Then they will know that I am the LORD, when I have made the land a desolation and a waste because of all their abominations which they have committed.

Ezekiel 36:17-18 “Son of man, when the house of Israel dwelt in their own land, they defiled it by their ways and their doings; . . . So I poured out my wrath upon them for the blood which they had shed in the land, for the idols with which they had defiled it.

Micah 6:13 Therefore I have begun to smite you, making you desolate because of your sins.

For many many more passages, see my paper:

1 Samuel 15:2-3 Thus says the LORD of hosts, `I will punish what Am’alek did to Israel in opposing them on the way, when they came up out of Egypt. Now go and smite Am’alek, and utterly destroy all that they have; do not spare them, but kill both man and woman, infant and suckling, ox and sheep, camel and ass.'” (cf. 1 Chron 4:43)

The motif of such judgment is not absent from the NT (lest anyone think that there was some huge change in God between the two Testaments, which is intrinsically impossible):

1 Corinthians 10:5-12 Nevertheless with most of them God was not pleased; for they were overthrown in the wilderness. Now these things are warnings for us, not to desire evil as they did. Do not be idolaters as some of them were; as it is written, “The people sat down to eat and drink and rose up to dance.” We must not indulge in immorality as some of them did, and twenty-three thousand fell in a single day. We must not put the Lord to the test, as some of them did and were destroyed by serpents; nor grumble, as some of them did and were destroyed by the Destroyer. Now these things happened to them as a warning, but they were written down for our instruction, upon whom the end of the ages has come. Therefore let any one who thinks that he stands take heed lest he fall.

Matthew 23:29-38 [Jesus] “Woe to you, scribes and Pharisees, hypocrites! for you build the tombs of the prophets and adorn the monuments of the righteous, saying, ‘If we had lived in the days of our fathers, we would not have taken part with them in shedding the blood of the prophets.’ Thus you witness against yourselves, that you are sons of those who murdered the prophets. Fill up, then, the measure of your fathers. You serpents, you brood of vipers, how are you to escape being sentenced to hell? Therefore I send you prophets and wise men and scribes, some of whom you will kill and crucify, and some you will scourge in your synagogues and persecute from town to town, that upon you may come all the righteous blood shed on earth, from the blood of innocent Abel to the blood of Zechari’ah the son of Barachi’ah, whom you murdered between the sanctuary and the altar. Truly, I say to you, all this will come upon this generation. “O Jerusalem, Jerusalem, killing the prophets and stoning those who are sent to you! How often would I have gathered your children together as a hen gathers her brood under her wings, and you would not! Behold, your house is forsaken and desolate.

Luke 10:13-15 “Woe to you, Chora’zin! woe to you, Beth-sa’ida! for if the mighty works done in you had been done in Tyre and Sidon, they would have repented long ago, sitting in sackcloth and ashes. But it shall be more tolerable in the judgment for Tyre and Sidon than for you. And you, Caper’na-um, will you be exalted to heaven? You shall be brought down to Hades. (cf. 19:41-46)

Acts 7:6-7 And God spoke to this effect, that his posterity would be aliens in a land belonging to others, who would enslave them and ill-treat them four hundred years. ‘But I will judge the nation which they serve,’ said God, ‘and after that they shall come out and worship me in this place.’ (cf. Rev 18:4-10)

Revelation 19:11-16 Then I saw heaven opened, and behold, a white horse! He [Jesus] who sat upon it is called Faithful and True, and in righteousness he judges and makes war. His eyes are like a flame of fire, and on his head are many diadems; and he has a name inscribed which no one knows but himself. He is clad in a robe dipped in blood, and the name by which he is called is The Word of God. And the armies of heaven, arrayed in fine linen, white and pure, followed him on white horses. From his mouth issues a sharp sword with which to smite the nations, and he will rule them with a rod of iron; he will tread the wine press of the fury of the wrath of God the Almighty. On his robe and on his thigh he has a name inscribed, King of kings and Lord of lords.

See also my follow-up paper, Moses’ Anger: Righteous or Sinful?: Smashing the Tablets and the Rock at Meribah.

Meta Description: Analyses of God’s and Moses’ anger in the case of the Midianites, & whether both are justified & righteous. 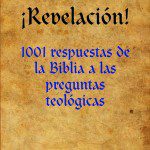 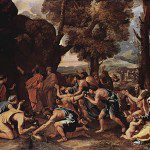