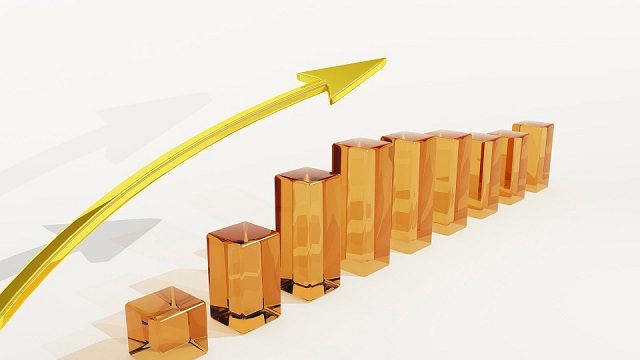 Scott is the Catholicism expert at About.com and executive editor of Chronicles: A Magazine of American Culture. He majored in political science at Michigan State University and Catholic University of America. His words will be in blue. This exchange occurred on my Facebook page on 11-2-16.

[I originally posted an article about Trump being ahead by 5.4 points in the LA Times / USC tracking poll.]

Yes, her campaign has collapsed, but don’t put overly much stock in the LA Times tracking poll, which has been an outlier throughout the campaign, because of some interesting choices that were made in polling methodology. The ABC News-Washington Post poll showing Trump up by one is probably more accurate.

The large jump in a single poll is still statistically significant and noteworthy, even if the poll is not typical of others.

Except that the significant fluctuations in the LA Times poll throughout the cycle have been a result of the polling methodology—particularly the weighting of underrepresented groups. In some of the jumps seen over the last few months, a single person switching from Trump to Clinton and back again has been responsible.

By all means, look at all the polls. And, as I said, I agree that Clinton’s campaign is collapsing, and most polls are showing movement that reflects that. But given the outlier status of the LA Times poll throughout this cycle, I will be amazed if it turns out to be more accurate than, say, the ABC-Post poll.

Rasmussen and IBD/TIPP have also been similar to the LA/USC poll for several weeks now, and IBD/TIPP was the most accurate poll in the last several elections.

Believe what you want to, Dave. Sorry I tried to explain the particular problem with this poll. I’ll make one final prediction, though, before signing off: IBD/TIPP won’t be the most accurate poll in this election.

It’s not a matter of [implied irrational] “believing”. I’m simply pointing out some of the trends in the polling (approaching it sociologically). If three have been similar, it’s less likely that any are outliers, and relatively more likely that they are fairly accurate.

Polling is not a matter of dogmatism and certainties, but of speculation, so there is no need for the language of “sorry” etc. That the IBD poll was the most accurate in the past, however, is a matter of record.

That they have a different methodology. We’ll have to see which group of polls is more accurate this time. Some of these others had Hillary 12 points ahead (and one went from +12 to +1). She’s never been that far ahead! So there are questions there, too. It’s an inexact science. It’s been shown that some of these polls absurdly oversample Democrats, too.

Huh. And yet when I said not to put overly much stock in a particular poll, you didn’t respond with “I agree; it’s an inexact science.” :-)

In effect, I did, by stating, “The large jump in a single poll is still statistically significant and noteworthy, even if the poll is not typical of others.” Note that the “even” grants your contention, while maintaining my original point that this is not insignificant and so easily dismissed.

The accuracy of the poll in the past is also significant. But if the methodology changed, as you say, that’s also a relevant point. Whatever you think I’m saying or not saying, the fact remains that no one knows for sure what will happen, and most on both sides think it will be close, esp. in the electoral college, which is the bottom line. What I believe for sure is that Trump’s chances seem to be increasing day-by-day.

The accuracy of the LA Times poll in the past? Or the IBD poll?

IBD. One of my replies was a little unclear on that, and I have now modified it.

And the fact that both changed their methodology this year doesn’t have any bearing on whether past results are likely to indicate future accuracy?

It’s easy, Dave, to let the wish become the father of the thought—all too easy. The polls, broadly speaking, are now breaking Trump’s way, and that’s a good sign. But outside of the outliers (and yes, I—with my degrees in political science and 21 years of editing a political journal—do consider them outliers still, despite the fact that there are three of them), the indications are that this is going to be a close race—so close that it may already have been decided by the early ballots.

You don’t seem to recognize when I am agreeing with you. I just stated, “if the methodology changed, as you say, that’s also a relevant point.”

You have a degree in political science; great. I have one in sociology and have been a political junkie since 1982. So I’m not completely ignorant in these matters, either. I also just agreed that it would be close, which I’ve thought all along: “most on both sides think it will be close, especially in the electoral college, which is the bottom line.”

If you’re determined to find disagreements where there are none or little ones, feel free. The main disagreement we seem to have right now is regarding the significance of this one poll (LA Times / USC). I have not claimed that Trump would win by 5 points. That seems to be your projection onto me of something I haven’t said. The overall trend for him is good, as you agree: “The polls, broadly speaking, are now breaking Trump’s way, and that’s a good sign.”

Tell you what, Dave—I see you have a bet going with Steven D. Greydanus. I think there’s a possibility that you’re going to win that bet, so you’ll have a little extra cash lying around. So how about a different bet with me—a simple $5 bet on which poll will be more accurate: LA Times or the ABC-Post poll? We’ll take the final, pre-election day numbers from each as the canonical figures for each.

I don’t have any strong opinions on the polls. I’d rather bet on simply who wins the election. Right now, Rasmussen, IBD, and ABC all have the race as a tie, in a 4-way calculation (all results from the last two days). So two “outliers” according to you, have the same result as the poll you think is more accurate. I think these three are closer to what will actually happen, than the LA/USC with its 5-point lead.

We agree again, to that extent.

Okay—so why did you object to my word of caution concerning the LA Times poll, and my suggestion that ABC-Post was likely more accurate? (Trust me—I’m not trying to find things to disagree about; I’m just trying to understand how this discussion got under way in the first place!)

It wasn’t that big of a disagreement. You made it much bigger than it was, by projecting views onto me that aren’t there. For the third time, my initial reply was, “The large jump in a single poll is still statistically significant and noteworthy, even if the poll is not typical of others.” That is a sociological / statistical observation from an old sociology major and longtime political observer.

I simply granted relatively more significance to this poll, whereas you seem to want to dismiss it as an outlier. Which polls are “outliers” will only finally be determined on election day. But I think the race has been far closer for a while now than many of the polls have indicated, so to that extent, we would disagree on the accuracy of the polls and which are more likely to end up as less accurate.

I could just as easily argue that IBD and Rasmussen (forgetting LA/USC for a moment) have had the race close for many weeks (within a point and well within the margin of error), and that ABC is just now getting up to speed. The fact is that all three agree right now.

My own gut instinct (which is all it is) is that Clinton has been in the past few months actually 2-3 points ahead (which is within the usual margin of error), so that polls showing her 8-10 points ahead and the RCP average were inaccurate (for whatever reason), and the ones showing it tied also were too optimistic and inaccurate in the other direction.

But now I think it truly is either tied or that Trump is leading by one or two, with his campaign clearly trending and having all the momentum (a thing of crucial importance in the last week, because it affects the all-important turnout, enthusiasm, and morale).

I think we may be looking at a 1980-type result, where Reagan trended strongly at the end and kicked butt big-time in the election. 1980 has been the analogy I’ve tended to make all along, in my many articles on the campaign. And I have made analogies regarding Trump as “Reaganesque” in many respects.

I think Trump wins, which is why I have two bets on that, but I claim much less assurance of it being a 1980 blowout. That’s speculation. But I am on record at least speculating that it could happen. After the 2005 tape, I temporarily thought it was over, but he trended back with the two good debates (and the constant dripping of WikiLeaks has happened, too, and now the FBI thing), so I went back to my original calculation: that he was more likely to win than she was. And I thought that before the FBI bit hit last Friday. Polls were already trending for Trump before that time.

I was saying Trump would win back in May when virtually everyone on all sides were contending that he couldn’t possibly win and/or would be slaughtered. So if he wins, I’ll be doing a bit of an “I told you so” by re-posting my 15-point argument for his victory, from May, when he had just won the primary. 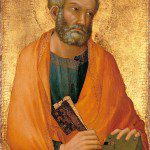 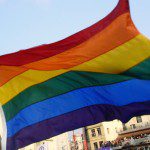 November 3, 2016 Debate on Catholicism & Homosexuality (vs. a Lawyer)
Recent Comments
0 | Leave a Comment
Browse Our Archives
get the latest updates from
Biblical Evidence for Catholicism
and the Patheos
Catholic
Channel
POPULAR AT PATHEOS Catholic
1