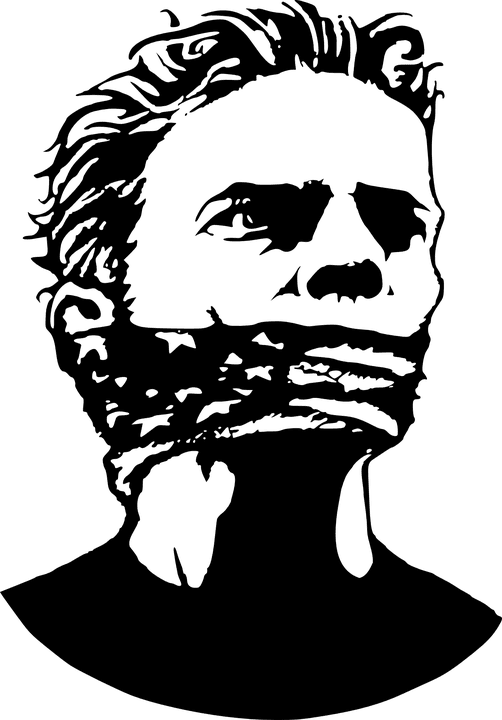 Melinda Selmys is a fellow Patheos blogger whose writings I like a lot. She is thoughtful, insightful, intelligent, and a great stylist. That’s not to say I always agree with her. I don’t. But I agreed with her recent post, entitled, “Thou Shalt Not be Gay” (5-26-17). She protested against the firings (by Catholic institutions) of proclaimed gay persons who are also celibate, and who defend Church teachings regarding same. She wrote about her friend Joshua Gonnerman, who was fired:

The thing is, Gonnerman is celibate. Publicly so. His sexuality came to the attention of his employers because he was featured in a Washington Post article talking about the gay celibacy movement in conservative churches. Not only does Josh accept the Church’s teaching, he has also been publicly involved in helping others to find life-giving ways of living that teaching out.

The issue here is not sexual behaviour, but orientation.

I wish I could say that this is the first time that one of my friends has lost work at a Catholic or Christian organization because of their sexual orientation, but it’s not. No amount of public fidelity to the traditional teaching on marriage, nor even the use of terminology like “same-sex attracted” instead of “gay,” has been sufficient to prevent discrimination within conservative Christian institutions. In most of the cases that I know of, people were fired, denied employment or dismissed from positions within their churches (including areas of ministry that have nothing to do with sexuality) because they decided to publicly discuss their sexuality in order to defend the teaching. In almost all of these cases, they were told directly that their homosexuality was the cause of concern.

This is why it makes my blood boil when people claim that there is no homophobic discrimination in Christian circles — that Christians discriminate between sinful and unsinful behaviours, not people. . . .

It raises the standard for queer folks high above anything that is expected of their straight colleagues, and it communicates to LGBTQ Christians that we are seen as dangerous outsiders even if we choose obedience to the teaching of the Church.

I agreed with Melinda in the combox: “If they are celibate and defending Church teaching, it’s absolutely wrong to fire them. I’m saddened to hear that such cases are common.” I also commented on the article elsewhere:

The article stated that one reason [to announce one’s gay orientation] was to model the ideal of celibate homosexual orientation, so people can know that it exists, rather than only hearing the constant drumbeat of “no one can possibly remain celibate.” That makes sense to me.

I think it is unjust if a person who is not trying to be part of any radical movement simply says that he feels himself to be homosexual, but follows Catholic teaching (or traditional Protestant, as the case may be), in terms of being celibate, to fire them on that basis alone.

But no one cared about my first two sentences in Melinda’s combox.  All they saw was my next sentence: “If not, there is a rock-solid case for firing.” In other words, Catholic and other Christian institutions have a right (just like anyone else) to hire and fire according to the ethical codes that apply. But in today’s brave new world, this is the very essence of intolerance and bigotry: to oppose same-sex marriage, which Christianity has always opposed.

If Catholic workplaces fire someone like Joshua, I think it’s wrong, and indeed, disgraceful, since our own Catechism states that sexual orientation is not a sin; only homosexual acts. That is hypocritical and “two-faced”: per Melinda’s reasoning. It’s inconsistent with our own stated principles, and contrary to love.

But as soon as I dared to oppose homosexual acts, then it was off to the dog races. No one is allowed to do that anymore. “Judgeforyourself37” started out asking me some simple, relevant questions, and I explained the traditional Christian rationale. Then the fangs came out and he said, “Enjoy your small world, just do not feel that you have too many followers into discrimination, and intolerance.” I replied: “Thank you for being most intolerant towards me in the name of supposed tolerance and enlightenment. Classic.”

At that point, I left the discussion, since it was (mostly) no longer rational. “TJ” chimed in: “And that’s a pretty good example of why I’d much rather spend eternity in hell than five minutes around disgusting christian filth.” “ChrisDACase95” opined: “Who says we have to tolerate your intolerance?” And David Cromie added this inanity: “I am surprised you have not claimed that you are being persecuted!”

Meanwhile, a gay woman who has been a longtime friend of mine, wrote to me elsewhere:

I am gay and when I chose to become Catholic I knew I was choosing celibacy. I never liked the idea of same-sex marriage because I thought same-sex partnerships were too different to be lumped under the same category as man-woman marriages. I get the greatest amount of hate and bullying when I reveal myself as a celibate gay woman who doesn’t [love] same-sex marriage. The same people who cry out against gay-bashing are oh so willing to tell me I’m a crazy hateful liar . . . And while the pro-gay-marriage crowd tries to destroy me, all these ‘hateful’ Catholics tell me I’m some kind of hero for choosing the chaste life and speaking up for marriage.

I replied: “How ironic, isn’t it? It reminds me of the NAACP: it isn’t for the advancement of all black people, but only liberal black people (NAALCP). It’s not enough to simply be black; one has to also agree politically with the agenda of NAACP (far-left liberalism).”

“PC” thinking on this issue is now all-pervasive. To hold to the traditional Christian, Catholic, biblical position on [practicing] homosexuality is (so we are constantly reminded) the very essence of hatred, bigotry, and intolerance. It appears to be a case of the world hating Christians and Christianity (that Jesus predicted). So be it. I’m not gonna be shut up and muzzled (never have been and never will be), and I will continue to defend Catholic Christianity and Christianity in general on this score, and to expose the butchery of biblical teachings that is now rampant among the radical homosexual activists.

The LGBTQ radical activists continue to be most intolerant towards gay people who not only claim to be Christian / Catholic, but who dare to live celibate lives, and who hold to the teachings of the Christian Church from the beginning (which is considered abominable). Melinda made note of this intolerance in an addendum to her article:

Personal attacks on Josh, including aspersions cast on his fidelity to the Church and complaints that he’s a traitor to queerdom, will be exterminated. If the combox gets ugly, I will just shut it down. Feel free to discuss, but do so respectfully and intelligently.

See who is attacking Josh? It’s not only the group (however large) of hypocritical Christians, but also LGBTQ activists, who go after any homosexual who dares to defend the choice of  celibacy and fidelity to Catholic teachings. Melinda removed those comments, so we can’t see what was said (but it’s entirely predictable, so we really don’t need to). In any event, we see the nearly ubiquitous Christianity-bashing in the combox of Melinda’s piece: 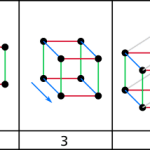 May 27, 2017
Analogical Reasoning, and Reasoning from Plausibility
Next Post 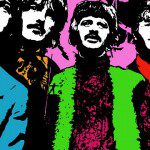 June 1, 2017 Sgt. Pepper Remix: Beyond the Mono vs. Stereo Debate
Recent Comments
0 | Leave a Comment
""There is literally no evidence of Egyptians using pitch for the uses and at the ..."
Dave Armstrong Pearce’s Potshots #29: No Pitch / ..."
"Dude, you need to check loads of what you say here in line with the ..."
Jonathan MS Pearce Pearce’s Potshots #29: No Pitch / ..."
"Gnu Atheists are clearly intellectually inferior."
Jim the Scott Pearce’s Potshots #34: Atheist Throws a ..."
"Take your time. It's a great discussion and I thank you for the opportunity to ..."
Dave Armstrong Pope Francis’ Satanic, Demonic, & Hellish ..."
Browse Our Archives
get the latest from
Biblical Evidence for Catholicism
Sign up for our newsletter
POPULAR AT PATHEOS Catholic
1