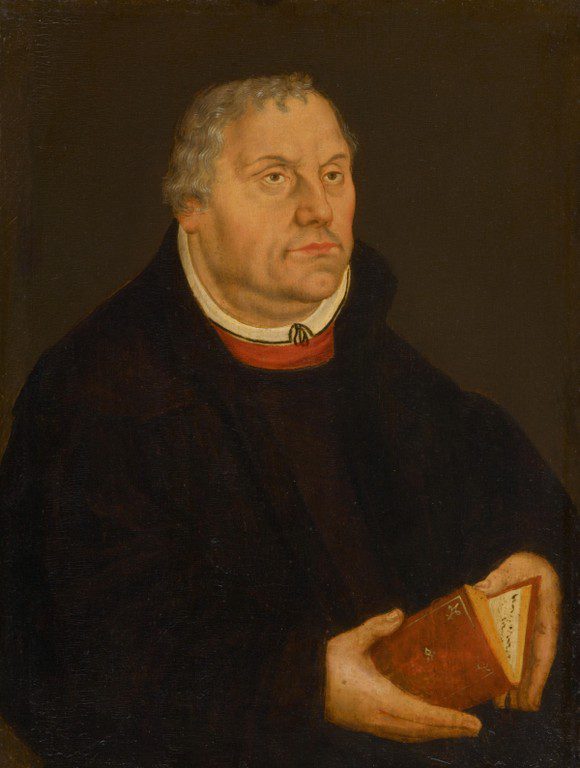 What’s so remarkable about the treatments in both Vatican II documents and the Catechism is that the exact phrase “free grace” . . . is not mentioned at all.

To the contrary, the concept is certainly there. The Catechism states:

1996 Our justification comes from the grace of God. Grace is favor, the free and undeserved help that God gives us to respond to his call to become children of God, adoptive sons, partakers of the divine nature and of eternal life.

1722 Such beatitude surpasses the understanding and powers of man. It comes from an entirely free gift of God: whence it is called supernatural, as is the grace that disposes man to enter into the divine joy.

1993 Justification establishes cooperation between God’s grace and man’s freedom. On man’s part it is expressed by the assent of faith to the Word of God, which invites him to conversion, and in the cooperation of charity with the prompting of the Holy Spirit who precedes and preserves his assent:

When God touches man’s heart through the illumination of the Holy Spirit, man himself is not inactive while receiving that inspiration, since he could reject it; and yet, without God’s grace, he cannot by his own free will move himself toward justice in God’s sight. [Trent]

406 . . . Pelagius held that man could, by the natural power of free will and without the necessary help of God’s grace, lead a morally good life . . .

I don’t see any difference there. Looks like a “distinction without a difference” to me. Collins continues:

[T]he Roman Catholic tradition has balked at employing the language of sola fide (by faith alone).

Yes, of course, we have, because it’s not biblical (whereas grace alone is)! Since we’re searching for and tallying up words, we ought to also take note that “faith alone” never occurs in Holy Scripture (I am searching in RSV). Well, I take that back. It does occur once:

James 2:24  You see that a man is justified by works and not by faith alone.

Protestants pride themselves on being so “biblical” (and they usually think they are infinitely more so than us Catholics). But what’s so biblical about “faith alone”? The only time it appears in the Bible it is expressly denied! Collins asserts:

[B]oth justification and the new birth are sheer gifts of the Almighty and therefore must be received by grace through faith alone.

We agree that they are free gifts and through grace alone. We disagree with “faith alone.” And again, that concept is not a biblical phrase; neither is “justified by faith alone.” “Justified by faith,” however, is biblical (Rom 3:28; 5:1; Gal 2:16; 3:24). And Catholics agree with that. We simply don’t isolate it, since Scripture doesn’t. Hence, the Catechism states:

2068 The Council of Trent teaches that the Ten Commandments are obligatory for Christians and that the justified man is still bound to keep them; the Second Vatican Council confirms: “The bishops, successors of the apostles, receive from the Lord . . . the mission of teaching all peoples, and of preaching the Gospel to every creature, so that all men may attain salvation through faith, Baptism and the observance of the Commandments.”

Protestants repeat the mantra of “justification / salvation faith alone” (an unbiblical phrase). Catholics talk about observing the Commandments also, since this is what Jesus told the rich young ruler with regard to what is required for salvation: keeping Commandments, and in his case, selling all he had and giving it to the poor (a good work, not merely faith). I already dealt with this passage in my critique #8. It hasn’t yet been removed from the Bible (last time I checked).

And Catholics talk about being saved / regenerated by baptism, since Scripture talks about that, too. We’re simply taking all of biblical teaching into account, not just selected prooftexts. But if we’re talking about initial justification, there is hardly any difference at all between us. Catholics believe in justification by grace through faith, as well:

1992 . . . they are justified by his grace as a gift, through the redemption which is in Christ Jesus, whom God put forward as an expiation by his blood, to be received by faith. [Rom 3:21-26 cited in the footnote]

2005 Since it belongs to the supernatural order, grace escapes our experience and cannot be known except by faith. . . .

We’re not excluding grace or faith at all. It’s the Protestants who are being most unbiblical by excluding works, which the Bible again and again (above all, our Lord Jesus Himself) teaches are necessary in the Christian life overall and as part of faith (otherwise faith is dead and not really faith).

In footnote 42 at the end of the chapter, Collins eschews the “Finnish school of interpretation of Luther studies,” whereby Luther’s “understanding of justification was quite broad and in fact embraced the Eastern Orthodox notion of theosis.” He finds this “problematic, especially since it is overly dependent on his early writings. That is, it cannot embrace Luther’s mature understanding of this crucial matter.”

This is incorrect. I have dealt with this question, heavily citing the fascinating article, “Luther and Theosis,” by Kurt E. Marquart, Associate Professor of Systematic Theology at Concordia Theological Seminary (Fort Wayne, Indiana) This was published in Concordia Theological Quarterly, Vol. 64:3, July 200, pp. 182-205. The evidence he presents is not all “early Luther”; it encompasses sermons from 1525 and 1526, and Lectures on Galatians from 1535 (Luther died in 1546). Here are those selections:

And that we are so filled with “all the fulness of God,” that is said in the Hebrew manner, meaning that we are filled in every way in which He fills, and become full of God, showered with all gifts and grace and filled with His Spirit, Who is to make us bold, and enlighten us with His light, and live His life in us, that His bliss make us blest, His love awaken love in us. In short, that everything that He is and can do, be fully in us and mightily work, that we be completely deified [vergottet], not that we have a particle or only some pieces of God, but all fulness. Much has been written about how man should be deified; there they made ladders, on which one should climb into heaven, and much of that sort of thing. Yet it is sheer piecemeal effort; but here [in faith] the right and closest way to get there is indicated, that you become full of God, that you lack in no thing, but have everything in one heap, that everything that you speak, think, walk, in sum, your whole life be completely divine [Gottisch]. [Sermon of 1525, WA 17 1:438; “In ipsa,” 54.]

God pours out Christ His dear Son over us and pours Himself into us and draws us into Himself, so that He becomes completely humanified (vermzenschet) and we become completely deified (gantz und gar vergottet, “Godded-through”) and everything is altogether one thing, God, Christ, and you. [Sermon of 1526; D. Martin Luthers Werke. Kritische Gesamtausgabe, 58 volumes (Weimar, 1883- ), 20:229,30 and following, cited in Werner Elert, The Structure of Lutheranism, volume 1 (Saint Louis: Concordia Publishing House, 1962),175-176. Marquart altered the translation given there in order to make it more literal]

[Y]ou are so cemented [conglutineris] to Christ that He and you are as one person, which cannot be separated but remains attached [perpetuo adhaerescat] to Him forever and declares: “I am as Christ.” And Christ, in turn, says: “I am as that sinner who is attached to Me, and I to him. For by faith we are joined together into one flesh and one bone.” Thus Ephesians 5:30 says: “We are members of the body of Christ, of His flesh and of His bones,” in such a way that this faith couples Christ and me more intimately than a husband is coupled to his wife. [Lectures on Galatians, 1535, WA 40 1:285-286; LW 26:168; “In ipsa,” 51.]

The fanatical spirits today speak about faith in Christ in the manner of the sophists. They imagine that faith is a quality that clings to the heart apart from Christ [excluso Christo]. This is a dangerous error. Christ should be set forth in such a way that apart from Him you see nothing at all and that you believe that nothing is nearer and closer to you than He. For He is not sitting idle in heaven but is completely present [praesentissimus] with us, active and living in us as chapter two says (2:20): “It is no longer I who live, but Christ who lives in me,” and here: “You have put on Christ. . . .”

Hence the speculation of the sectarians is vain when they imagine that Christ is present in us “spiritually,” that is, speculatively, but is present really in heaven. Christ and faith must be completely joined. We must simply take our place in heaven; and Christ must be, live, and work in us. But He lives and works in us, not speculatively but really, with presence and with power [realiter, praesentissime et eficacissim]. [Lectures on Galatians, 1535, WA 40 1:545-546; LW 26:356-357; “In ipsa,” 39-40.]

There are many additional false and ultimately unbiblical assertions in the chapter about justification and sanctification (as always in Protestant treatments). I feel like a mosquito in a nudist colony: not knowing where to go first (to refute them), with so many abundant opportunities! But I will let the above be sufficient for now. Readers desiring to learn more of the Catholic view of these matters (with a high emphasis always on biblical arguments) may wish to consult many scores of papers on my Salvation and Justification web page, or my book, Biblical Catholic Salvation (2010), in which (among many other things), I take on all five portions of the Calvinist “TULIP” from Holy Scripture. It’s available for as low as $2.99 in e-book format (mobi / Kindle or ePub). 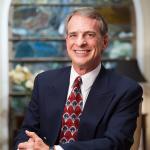 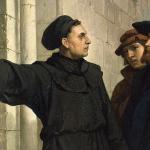 October 23, 2017 Causes of the Protestant "Reformation" (vs. a Lutheran Pastor)
Recent Comments
0 | Leave a Comment
"Hi Dave, I found this on The Remnant, https://remnantnewspaper.com/web/index.php/articles/item/516-neo-catholicism-a-comprehensive-definition-on-wikipedia on what those folks think is ..."
Paul Hoffer Dialogue: Meaning of “Neo-Catholic” (w Phillip ..."
"While Mr. Seidensticker complains about Protestant ministers not writing an honest critique of atheist, I ..."
Paul Hoffer Seidensticker Folly #63: Answer Comfort But ..."
"Given that Our Lord died on the cross for all humanity, including Jeffrey Dahmer and ..."
Paul Hoffer Seidensticker Folly #64: A Saved Dahmer ..."
"In my experience Gnus like Seidensticker are always trying to come up with vile creative ..."
Jim the Scott Seidensticker Folly #64: A Saved Dahmer ..."
Browse Our Archives
get the latest from
Biblical Evidence for Catholicism
Sign up for our newsletter
POPULAR AT PATHEOS Catholic
1

Catholic
Salvation by Works in the Catholic Catechism?
Biblical Evidence for Catholicism
TRENDING AT PATHEOS Catholic