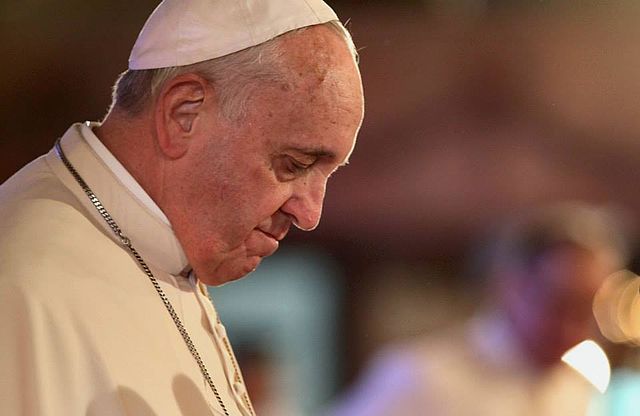 The Pope’s apology is encouraging, but also troubling. He sets an irreplaceable example of how to respond humbly when confronted with personal error, but he also appears to deflect personal responsibility. We look forward to clarification, after he meets with the Chilean victims, about why he didn’t believe the victims’ accusations, why he felt it was appropriate to denigrate the victims publicly, and whether he intends to be more circumspect in front of microphones in the future, since his ill-conceived words caused so much damage.

We also wonder if he is telling the truth about lacking necessary information. . . .

Even those who support and defend the Pope and his approach will find it difficult to understand his behavior in this matter. . . .

To victims, past and present, it must feel as though the Church has learned nothing.  How far can yet another apology go?

Yesterday, after posting someone else’s article about the apology, I commented:

He royally messed up; had bad information; made a grave mistake, and now he is repenting and begging the forgiveness of the victims involved. Isn’t that what a Christian is supposed to do? Will he get any credit for it from the relentless pope-bashers?

And oh, I thought (as his accusers never tire of saying) that he could never admit he is wrong about anything? Doesn’t this behavior suggest otherwise?

The pope was true to his word. In early February he stated: “If a person comes and gives me evidence, I am the first to listen to him. We should be just.”

Pope Francis previously believed there was not enough evidence against Bishop Barros. Now he does think so. He obtained further evidence because he sent to Chile, to investigate, the person most known for finding the truth in these matters, and the most widely respected sexual abuse investigator in the Church: Monsignor Charles Scicluna.

For once, a combox on a website functioned as more than a mere echo chamber and cheerleading club. Simcha’s own readers disagreed with her take, and eloquently expressed what I think is the proper response. Commenter Claire wrote:

What the Pope had was trusted advisers, and presumably personal friends, convincing him that this whole situation was a politically motivated attack on a good man. And haven’t we all known (most of us, anyway), really good men and women who have faced false and slanderous accusations? Don’t we feel defensive for their sakes?

His mistake was to believe the hand-picked information he was fed. That’s what he is saying in this apology.

. . . as a leader he is showing what humble leadership after a serious and extremely grave mistake looks like, and that is the right thing to do. Of course it will never be enough.

Don’t forget, he is not the abuser priest. He is just someone who trusted the wrong people while trying to do the right thing and that is his fault. At least now he is trying to put it right, as far as he is able. That is what a good leader is expected to do, at least one who isn’t perfect. Jesus is the only one who got it right every single time and was never duped by anyone.

I can only imagine, of course, but I think Pope Francis, and other popes, are surrounded by dozens of advisors, who may have the good of the Church in their hearts, or not. It must be difficult to know who to trust among many who may have personal agendas to promote.

In recent memory, St. Pope John Paul II, a thoroughly sensible, practical, intelligent, and holy man, was misled in thinking that the head of the Legionaries of Christ was a holy shepherd who was an asset to the Church. He befriended him and promoted his Order and singled him out as an example of a faithful Catholic.

In truth, Fr. Maciel was deeply evil and was unmistakably guilty of fathering two families with several children, squandering a fortune in LC funds for his own use, and sexually and emotionally abusing his seminarians, doing all of this for decades. Pope Benedict was left with the mess of appropriately disciplining Fr. Maciel, apologizing and praying for his victims, and of salvaging the Order, which was/is composed of faithful and good priests and lay people.

Personally, I think Pope Francis displayed great humility and provided us with an excellent example by his public apology. He could have easily swept this under the rug – after all, how many of us have given it a second thought since the subject was first brought up?

Today, I was asked what I thought of Simcha’s article (this is how I first learned of it). My take is that we can continue to blame Pope Francis or accept his sincere apology. Jesus accepted St. Peter’s repentance after he betrayed Him. St. Peter in turn accepted St. Paul’s repentance, after the latter had persecuted and killed many Christians. This made it possible for Paul to function as an apostle and to be the leading evangelist of all time and writer of much of the New Testament.

King David committed adultery and had Bathsheba’s husband killed. His sincere, anguished repentance was good enough for God, Who had made an eternal covenant with David, knowing (in His omniscience) that he would commit these sins.

What is the alternative? To hold that the pope wickedly and deliberately participated in a conspiracy to sexually abuse many? That he was virtually criminally negligent? Is that what Simcha Fisher wishes to imply and insinuate? There are only so many choices here.

He had wrong information. He obtained more, because of continued reports that required further investigation, because, as he stated, “If a person comes and gives me evidence, I am the first to listen to him. We should be just.” He did, and was.

But now, as with seemingly “all things Francis”: he has to be second-guessed and questioned. It proves once again that for his critics, he can literally do nothing right. To paraphrase our beloved Apostle Paul (sorry!), it seems that this pope could rightly say, “If I give away all I have, and if I deliver my body to be burned, my critics would still somehow fault me” (see 1 Cor 13:3).

I don’t see that any good comes from such continued questioning: for ourselves, for the Holy Father, or for the Church (nor even for the abuse victims, who need emotional closure). It’s much better to follow the biblical path of compassionate forgiveness, and the plausible explanations that even Simcha’s own readers have so eloquently laid out.

Every priest in a confessional routinely grants absolution to repentant sinners. This is God’s mercy. This is how He desires it to be (70 x 7). But somehow we are to do less with regard to the Holy Father, and keep dredging up further aspects of the very thing that he has just apologized for, publicly wondering “if he is telling the truth”? Such an attitude is wrong, and needs to be called out. As St. James wisely wrote:

James 3:8-10 (RSV) but no human being can tame the tongue — a restless evil, full of deadly poison. [9] With it we bless the Lord and Father, and with it we curse men, who are made in the likeness of God. [10] From the same mouth come blessing and cursing. My brethren, this ought not to be so. 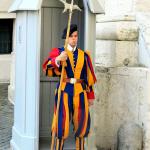 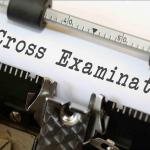 April 13, 2018 Are Pope-Critics Evil? Reply to Karl Keating
Recent Comments
0 | Leave a Comment
Browse Our Archives
get the latest from
Biblical Evidence for Catholicism
Sign up for our newsletter
POPULAR AT PATHEOS Catholic
1