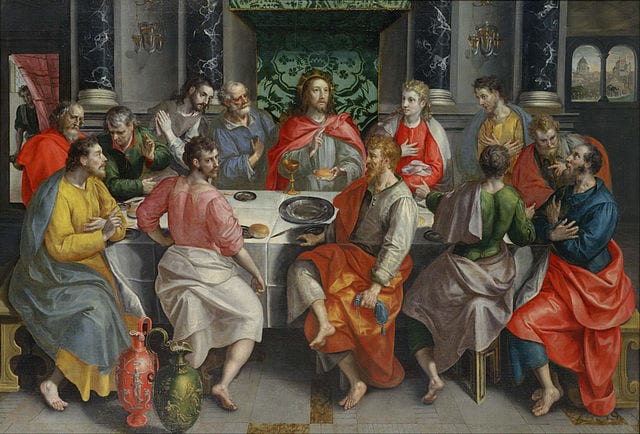 This is an exchange with Protestant “Realist1234” (Peter) in a combox on my blog. As of writing, he still hasn’t responded to my inquiring questions, over 18 hours. If he ever does respond, I will post it here, with my counter-reply. His words will be in blue.

The reason why Protestants like myself do not believe the wine and bread used in the Eucharist are not the actual blood and body of Jesus is not because we don’t believe that God could make that possible. Rather, it is because we believe God simply does not do that.

For me, when Jesus held the Last Supper with His disciples, they had a simple meal of actual wine and bread, and when He said ‘This is my body, this is my blood…’ it was obvious to His disciples that this was not His actual body and blood because He was sitting right beside them! And it became clear to them that He instituted this meal as an act of remembrance of His death for them, just as He had told them.

I think that’s a perfectly reasonable view to take of the Biblical text.

It’s also “obvious” to many atheists and Jews and Muslims and others, that Jesus as a man could not also be God at the same time. That’s what their senses tell them. And they think the Holy Trinity is absurd and impossible because “how can three be one?!” And without supernatural faith and revelation, it does make fairly good sense for them to think that way.

It’s like that with Protestants and the Eucharist. I think it’s a lack of faith. Virtually no important figures in the history of the Church believed in a symbolic Eucharist, till Zwingli in the 16th century. That (i.e., supposedly true teaching not being taught for 16 centuries) is what is absurd. Whatever is true in Christianity would have been understood to be true by the early Church.

Tell me: if Jesus’ eucharistic teaching was merely that Holy Communion was symbolic and not His physical Body, what was a “hard saying” and why did people (even His disciples) “take offense” (Jesus’ description) at His eucharistic teaching? And why is it that “many of his disciples drew back and no longer went about with him”? All of this is in John 6:60-66 (RSV). Disciples were forsaking Him. What did they find “hard” about the teaching that made them split?

If you say that they thought it was literal, but Jesus really meant only symbolic and metaphorical, then why wouldn’t Jesus explain that, so that they wouldn’t leave?: “Hey guys, come back! You misunderstood Me! It’s just a symbolic thing I’m talking about! No need to get offended . . .” It makes no sense.

The only interpretation of it that makes sense is that Jesus meant it literally (just as in Catholic and Orthodox teaching), and they didn’t grasp that; thought it was too hard of a teaching, and so left Him as a result. He let them go and didn’t explain it because He knew (knowing everything) that it was futile: that they lacked the faith and supernatural grace to understand and accept it.

And so it is — sadly — with most Protestants today, who want to deny the biblical and universal early Church teaching regarding the Eucharist.

I didn’t say it wasn’t possible. I believe in the divinity of Jesus and the Trinity but not in transubstantiation. Why? Because the NT teaches the former but not the latter, in my humble opinion. It has nothing to do with a lack of faith.

Please give your alternate interpretation, then, of what is going on in John 6:60-66, and refute my take above. I’d love to hear it. Thanks. 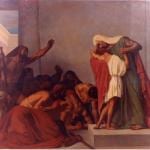 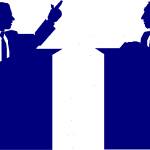 March 5, 2019 Oral vs. Written Debates About Theology: Which is Better?
Recent Comments
0 | Leave a Comment
Browse Our Archives
get the latest from
Biblical Evidence for Catholicism
Sign up for our newsletter
POPULAR AT PATHEOS Catholic
1