God’s Proof of Himself Via Miracles (vs. an Atheist)

God’s Proof of Himself Via Miracles (vs. an Atheist) March 6, 2019 Dave Armstrong 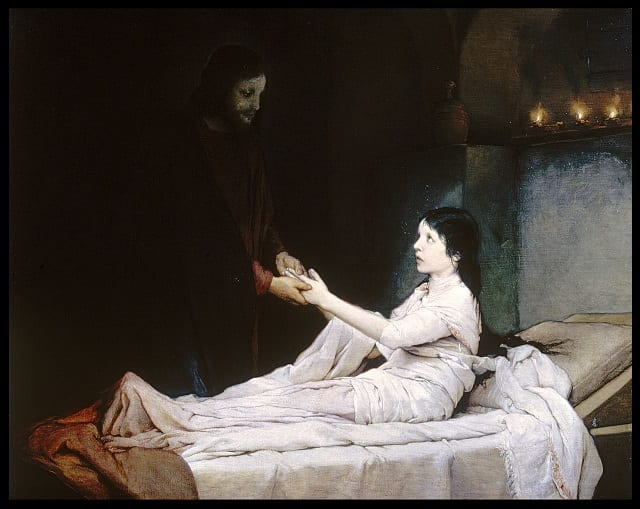 Words of the friendly and civil atheist Gavin G. Young will be in blue. This took place in one of my blog comboxes.

Dave, are you familiar with what is called the problem of divine hiddenness? It is related to the problem of evil. Namely, if a loving personal god exists why has the god not revealed himself/herself to some people – including people why prayed to the god and called out to the god to provide evidence of the god’s existence to them.

Yes, I’m familiar with it. I consider the problem of evil the most serious difficulty that Christians have to grapple with in explaining our faith.

Consider the situation when such people then became atheists due to no god ever being discovered by those people? If such a god exists and if that god sends all nonbelievers to hell torment due to them not believing in him/her, isn’t that a major theological problem – especially if the people wanted to believe in the god and have a relationship with the god?

The Bible teaches in Romans 1 that all people know God exists by looking at His creation. Thus, in our view, this more or less innate knowledge would have to be unlearned by atheists and other unbelievers. It’s easy to take on any belief-system, depending on who we hang around. We are what we eat.

Romans 2 (a bit more ecumenical) also states that those who haven’t heard the full Christian message can possibly be saved by acting according to what they know.

We would say that if God knows that a person truly has to be communicated with directly by Him in order to follow Him, He would do so (similar to Doubting Thomas). If He doesn’t, He must feel that it isn’t necessary for the person (as He said after the Doubting Thomas appearance: “blessed are those who have not seen and still believe”).

I know that is totally unsatisfactory to you, and I’m not saying that this is persuasive apologetics, or (strictly speaking) apologetics at all, but that is how we look at it, from within our paradigm; why we don’t feel that this poses a problem for our position. I’m just trying to explain that to you.

I have another question also. In 1 Kings chapter 18, according to the Bible, a number of people petitioned the god (alleged god) Baal to consume the sacrifice made for it by its believers, yet the god did not consume it:

1 Kings 18: 18-27 (NIV) “I have not made trouble for Israel,” Elijah replied. “But you and your father’s family have. You have abandoned the LORD’s commands and have followed the Baals. 19 Now summon the people from all over Israel to meet me on Mount Carmel. And bring the four hundred and fifty prophets of Baal and the four hundred prophets of Asherah, who eat at Jezebel’s table.” 20 So Ahab sent word throughout all Israel and assembled the prophets on Mount Carmel. 21 Elijah went before the people and said, “How long will you waver between two opinions? If the LORD is God, follow him; but if Baal is God, follow him.” But the people said nothing. 22 Then Elijah said to them, “I am the only one of the LORD’s prophets left, but Baal has four hundred and fifty prophets. 23 Get two bulls for us. Let Baal’s prophets choose one for themselves, and let them cut it into pieces and put it on the wood but not set fire to it. I will prepare the other bull and put it on the wood but not set fire to it. 24 Then you call on the name of your god, and I will call on the name of the LORD. The god who answers by fire—he is God.” Then all the people said, “What you say is good.” 25 Elijah said to the prophets of Baal, “Choose one of the bulls and prepare it first, since there are so many of you. Call on the name of your god, but do not light the fire.” 26 So they took the bull given them and prepared it. Then they called on the name of Baal from morning till noon. “Baal, answer us!” they shouted. But there was no response; no one answered. And they danced around the altar they had made. 27 At noon Elijah began to taunt them. “Shout louder!” he said. “Surely he is a god! Perhaps he is deep in thought, or busy, or traveling. Maybe he is sleeping and must be awakened.” 28 So they shouted louder and slashed themselves with swords and spears, as was their custom, until their blood flowed. 29 Midday passed, and they continued their frantic prophesying until the time for the evening sacrifice. But there was no response, no one answered, no one paid attention.’

What do you is the Bible writer’s intended meaning for that portion of the biblical account? Was it to convey the idea that Baal is not a real god for he didn’t provide evidence/proof when people implored/challenged/demanded him to do so? The way I see it, that portion of the Bible has an atheistic message in regards to alleged theistic type gods (this would not apply to deistic types of gods) other than the biblical god. Namely it says it is appropriate to test idea of an alleged god being real, even to the point of demanding the god to provide proof of his/hers existence; and if the proof is not provided (and if one can not find proof elsewhere) then one should become an atheist in regards to that particular god (or judge the god as being too weak to provide miraculous evidence).

The Bible also teaches atheism in regards to gods other than the biblical god when it says that graven idols are not gods since they neither see, hear, talk, eat, or reposition themselves if they happen to fall over (and furthermore that people made such images).

1 Kings 18 is the famous story of the encounter of the prophet Elijah with the false prophets, on Mt. Carmel. We visited the spot when we were in Israel in 2014. In this instance it was indeed a concrete demonstration that God existed and that the false god Baal did not. So you’re quite right: it was a sort of empirical proof of the sort that you demand in order to believe in God.

The thing is: miracles are never presented as normative for all time in the Bible. Elijah was a great prophet, and so he could and would do miracles, or preside over them, as here. But prophets are not with us most of the time. The apostles were also meant for a short period, filled with miracles. Elijah raised the dead (1 Kings 17:17-24); so did the Apostle Peter (Acts 9:36-42). That’s not normative, or to be expected, let alone demanded, although there have been reported raisings from the dead throughout Christian history. Jesus performed miracles, too. But He also stated:

Matthew 12:38-40 (RSV): Then some of the scribes and Pharisees said to him, “Teacher, we wish to see a sign from you.”  [39] But he answered them, “An evil and adulterous generation seeks for a sign; but no sign shall be given to it except the sign of the prophet Jonah. [40] For as Jonah was three days and three nights in the belly of the whale, so will the Son of man be three days and three nights in the heart of the earth.

The sign of Jonah was referring to His Resurrection. But of course, many refused to believe in Jesus even though they saw Him perform many miracles. They denied that they were from God:

Mark 3:22-26 And the scribes who came down from Jerusalem said, “He is possessed by Be-el’zebul, and by the prince of demons he casts out the demons.” [23] And he called them to him, and said to them in parables, “How can Satan cast out Satan? [24] If a kingdom is divided against itself, that kingdom cannot stand. [25] And if a house is divided against itself, that house will not be able to stand. [26] And if Satan has risen up against himself and is divided, he cannot stand, but is coming to an end.

So these miracles you demand before you will believe, weren’t good enough for these people. They simply dismissed them, just as many dismissed the Resurrection when it happened, coming up with many idiotic theories to try to rationalize it away.

You bring up a story of the prophet Elijah as if it is supposed to be normative for all time. It’s not; anymore than the miracles of Moses were (how many times was the Red Sea parted?). Elijah prayed for it to stop raining for three-and-a-half years, and then prayed for it to start up again (James 5:17-18). You think that’s normative? It clearly isn’t.

Therefore, by your own biblical example (Elijah), you prove that your demand for miracles is excessive and unreasonable. God performs miracles if and when He chooses to do so. We can never totally figure all that out. But we can observe some degree of biblical explanation of it and can know some things about it.

Your view is that an infinite, omniscient God ought to be able to be figured out by us. That’s absurd. If He exists and is indeed omniscient, we’ll never completely figure Him out. But He can reveal Himself through revelation, which is why we have the Bible.

It’s true that God performed relatively more attesting miracles during certain periods, but it’s equally true that these were temporary. Testimonies of the miracles were written down for later generations.

My personal experience with the biblical god is that he never talks (nor communicates with me in any other way) nor can I even see him. If I am correct about that god being nonexistent (other than as a mere idea in the imagination of many humans), then isn’t worship of that alleged god a form of idolatry (since the god would a false god, due to not even being an existing entity)? At least the graven images exist, but it is not proven that anyone can point to the biblical god and show “there he is right over there” regarding the biblical god (though some believe they saw the god, but I think they were hallucinating or dreaming).

Sure, I can do that, by pointing to Jesus of Nazareth, Who is God in the flesh. God the Father is an invisible spirit. We believe the life of Jesus is sufficient to show us that God exists, is powerful (His miracles), loves us (His death on the cross for us, and His extraordinary sinless character), and has conquered death (His Resurrection). 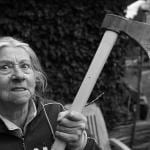 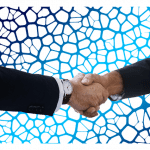 March 6, 2019 Secular Humanism & Christianity: Seeking Common Ground
Recent Comments
0 | Leave a Comment
Browse Our Archives
get the latest from
Biblical Evidence for Catholicism
Sign up for our newsletter
POPULAR AT PATHEOS Catholic
1 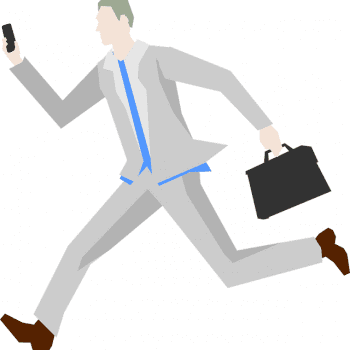