Exchange on Catholic Mariology and Mary Mediatrix May 4, 2019 Dave Armstrong 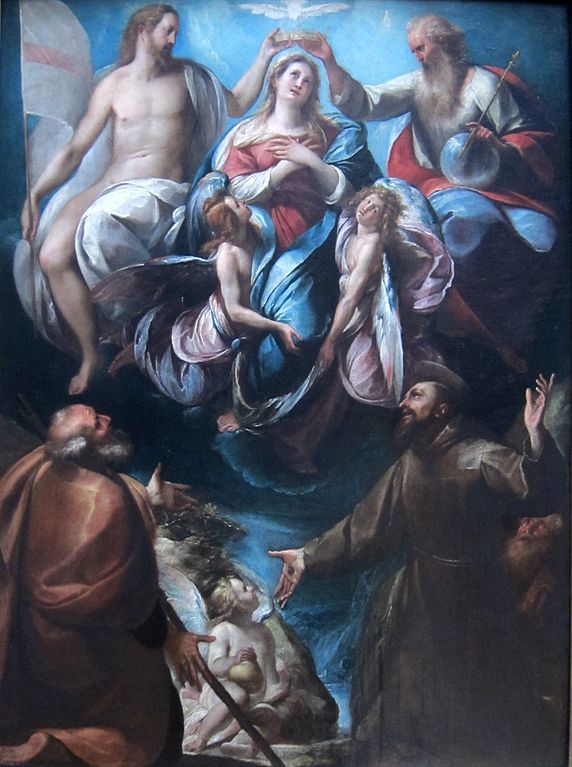 This is from the combox for my National Catholic Register post, “50 Reasons Why Martin Luther Was Excommunicated” (11-23-16). Peter Aiello’s words will be in blue.

Why are there even any shocking prayers to Mary?

Because there are Protestants who completely misunderstand the “genre” and nature of Catholic Marian piety.

How could these prayers be indisputably Christ-centered prayers when they are directed at her?

Because Catholics think in biblical, Hebraic “both/and” terms: as opposed to the typically Protestant “either/or” mindset. We ask Mary to intercede to Jesus for us, because “the prayer of a righteous man availeth much” (James 5:16).

We know that Redemption only comes from Christ. Why send mixed messages? Maybe Catholic pious language should be more circumspect.

It’s not a mixed message; it’s a misunderstood message. Maybe Protestant theological thinking should be more biblical, apostolic, and patristic.

Even if Mary does intercede, is she the mediatrix of all graces?

This takes it to a different level. How did God make her so powerful, even more powerful than Peter and Paul?

Obviously by exercising His will, providence, and omnipotence. He can choose to use any human being for any purpose of His; incorporating their free will choices, that He gave them the ability and power (by His grace) to make. If God could make a donkey talk, for His purposes (Balaam incident), it’s no less “shocking” that He could and would use the Mother of God the Son: God incarnate, for high, sublime purposes. This is the beauty and marvel of God: that He chooses to involve us creatures at all in His wonderful work.

If Mary actually was the mediatrix or dispenser of all graces that come from God, then the prayers asking her for the direct help, which could only come from the Godhead, would be valid; but this is not even official Church teaching.

It’s not dogma at the very highest level, but it is held at a magisterially very high level indeed, and is solidly enshrined in historical theology and sacred tradition.

The man Christ Jesus is able to be the mediator or dispenser of all graces because His Spirit is sent to us by the Father. When Jesus abides in us, He is able to channel the graces to us. If Mary also had this role then it would be necessary to have Mary’s spirit in us which would contain the Spirit of Christ. She would have to be part of the Godhead in order for us to be allowed to consecrate ourselves to her, so that we could receive her spirit. We are only allowed to consecrate ourselves to the man Christ Jesus because He is the God-man. Mary is not a dual-natured being as Christ is.

None of this follows logically. Rather, Mary is Mediatrix, just as Abraham and Moses were: as intercessors who held very lofty human positions vis-a-vis God; just as St. Paul functioned as a mini-mediator of God’s grace, as my papers below illustrate. God chose to involve Mary in this way. It’s only shocking and scandalous to Protestant ears because they are never taught these things, and massively misunderstand the presuppositions that lie behind them, and the language used to express this aspect of theology. It’s tough to comprehend calculus when you only have one semester of algebra.

Reflections on the Spiritual Motherhood & Mediation of Mary [1994] 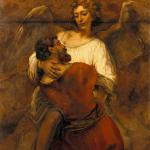 May 3, 2019
Bible: Men & Angels Forgive Sins as Representatives of God
Next Post 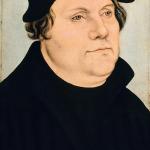 May 4, 2019 Martin Luther's Espousal of the Veneration of Saints
Recent Comments
0 | Leave a Comment
"I think it's because they can't bear the thought that Christians might actually have a ..."
Dave Armstrong Star of Bethlehem: Reply to Obnoxious ..."
"I see Aaron Adair has posted another rebuttal at TP.Submitted for your consideration: Can you ..."
Jim Dailey Star of Bethlehem: Reply to Obnoxious ..."
"Blacks may have it better when it comes to better shots at jobs and promotions ..."
Medalcollector Summary Thoughts of a Trump Supporter ..."
"I don't consider C&E Church goer's Catholic except culturally. Any serious Catholic who knows his ..."
Jim the Scott Star of Bethlehem: Reply to Obnoxious ..."
Browse Our Archives
get the latest from
Biblical Evidence for Catholicism
Sign up for our newsletter
POPULAR AT PATHEOS Catholic
1