Martin Luther’s Espousal of the Veneration of Saints

Martin Luther’s Espousal of the Veneration of Saints May 4, 2019 Dave Armstrong 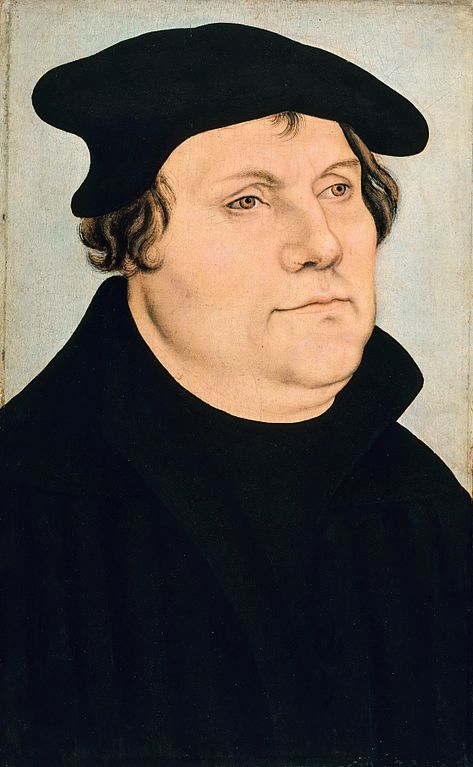 This is an extraordinarily strong statement. If I had put it in these terms, myself, I’d be accused of intolerably blurring the line between God and man (as indeed I just was accused in the last two days in a dialogue on invocation of the saints). But here is Luther saying this amazing stuff. It’s a striking confirmation of traditional Catholic “both/and” thinking. Kudos, Fr. Martin! I’ve always said, “when he’s right, he’s really right, and eloquent. This one letter turned out to be a goldmine of “Catholic Luther”: and it is after his excommunication.

Satan is clever . . . Thus, even now, among us, he is quibbling over the worship of saints and what the saints are conscious of in heaven.

Thus, too, I would solve the question about adoring and invoking God dwelling in the saints. It is a matter of liberty, and it is not necessary either to do it or not to do it. To be sure, it is not so certain that God has His dwelling in many men as that He is present in the sacrament, but we do read in I Corinthians [footnote: 1 Cor 14:24-25] that an unbeliever will fall on his face and worship God in the saints, if he hears them prophesying; and Abraham saw three angels, and worshiped one Lord; and (to use your own illustration) what do we do when we “prefer one another in honor,” except honor and adore God in ourselves? Let it be free, then, to call upon God in man or out of man, in creatures or out of them, for “I fill heaven and earth,” saith the Lord. Here faith goes the safest way, for in all things it sees only God, but we cannot say enough of this to unbelievers, or prove it to them, because they are always worshiping themselves. (Letter to Paul Speratus, 13 June 1522)

I am always as ecumenical as I am “apologetical” and am delighted to find agreement in as many areas as I can, with the very founders of Protestantism and other major figures from their ranks. My friend, Lutheran Pastor Ken Howes (LCMS) added:

I’ve always said that Lutherans are more Catholic than people in the Roman church realize; also more Catholic than people in Lutheran churches sometimes realize. It’s also true that many of the great Catholic teachers are more Lutheran than most Catholics or most Lutherans realize. Not sure this supports everything that Catholics do or teach, but it surely does mean that what the saints have done demands our recognition, that we honor them and thank God for what He has done through them. It also means that we must recognize the voice of God in faithful preaching. “He who hears you hears Me.” At my church, we observe the festivals of the major saints, especially the four Evangelists, the confession of St. Peter, the conversion of St. Paul, and the dormition of Mary.

The Reformers, especially the Lutheran Reformers, were Catholics. They were less rebellious against the Church than a good many people who call themselves Catholic today. Do you have any idea how often I, as a Lutheran pastor, defend the Catholic Church against people who say they’re Catholics?

Great comments as usual, Ken, and as usual, I agree! And I, too, defend true Protestant beliefs against those (Protestant or Catholic) who want to run them down or distort what they really were.

I was debating some Catholic clown several weeks ago who kept insisting that Protestantism inexorably leads to denial of the Trinity. It no more does that than Catholicism does (with regard to the Arian and Sabellian heretics who originally came from our ranks).

Luther certainly captures the essence of what private devotion is all about. If it points us to God, it is hard to argue against it. When I read statements like this, I have to wonder how Luther would have responded to Chapters VII and VIII of Lumen Gentium. I think he would view the Church’s statements there favorably.

I think Luther’s responses in many areas would have been very different if he had seen the men we’ve had as popes in the last 200 years. But alas, he lived in a time that was full of corruption and nominalism.

As the Church freely admits, we bear blame for that. We fell short, let things get lax and corrupt and wicked, and Luther came along and took routes that we think are counter-productive, because they threw the baby out with the bathwater.

But every Catholic who knows Church history understands and agrees with the the corruption Luther was rightly concerned about. We simply differ with him in many ways as to solutions. Where he was quick to “get rid of” we would say, “reform, reform, reform . . .”

Regarding Catholic corruption, Luther wrote, for example, on 2 January 1523:

I shall tell you, if you do not know it already, that nearly all the priests there not only lead impious lives, but have hardened their hearts and despise God and man, and go whoring almost every night and then shamelessly say mass in the morning. Amsdorf himself is witness that, with three exceptions, they are all open fornicators.

That’s the kind of garbage that was going on then, far more than now. 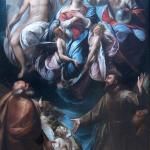 May 4, 2019
Exchange on Catholic Mariology and Mary Mediatrix
Next Post 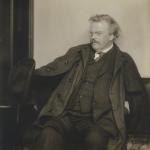 May 5, 2019 Fr. George Rutler's Shameful Ad Hominem Against Jimmy Akin
Recent Comments
0 | Leave a Comment
Browse Our Archives
get the latest from
Biblical Evidence for Catholicism
Sign up for our newsletter
POPULAR AT PATHEOS Catholic
1