Pauline / Biblical Soteriology: Faith and Works, Grace and Merit / Hyperbole (“No one is good”) 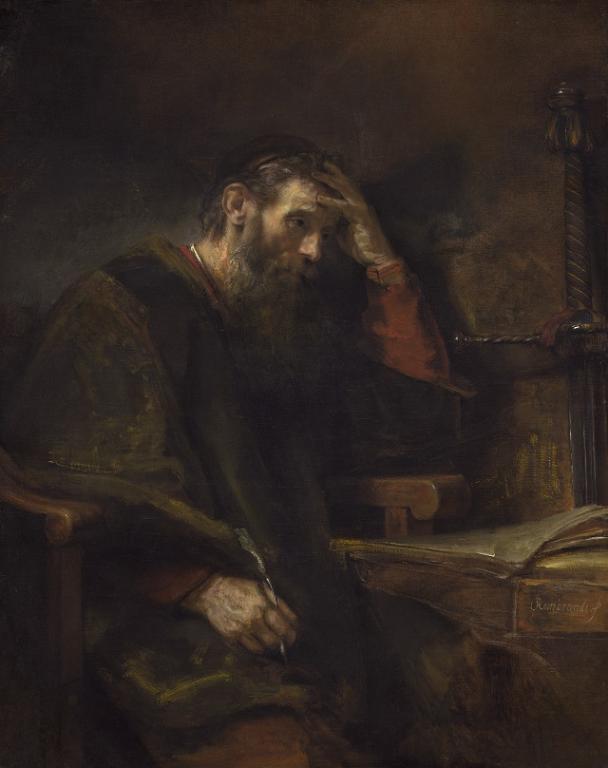 Dr. Madison calls his critique of Romans chapter 3, “Paul the Apostle and the Hogwarts Factor: For Paul, sin was a disease of the soul…he was sure he knew the cure” (2-24-17)

For Paul, sin was a disease of the soul…he was sure he knew the cure

Thanks to countless cartoons, we all know the iconic image of St. Peter perched at a desk, with his big ledger book, surrounded by fluffy clouds, just outside the Pearly Gates: You get to enter heaven if you’ve got enough good deeds to your credit. While most Christians—I suspect, I hope—know this scene is comic book stuff, they do go along with the theology behind it. In fact, they know this in their guts. That is, God lets you in if you’ve been a good person. If you’ve been bad or nasty, then your odds go down. Isn’t that just fair play, common sense? After all, heaven is called your Eternal Reward.

Well, all Christians agree that salvation is by God’s grace. They differ on the relationship between faith and works, but not as much as many think. Protestants, of course, teach faith alone, but they do not deny the importance and necessity of (non-salvific, non-justifying) good works. Both Luther and Calvin taught that these works would necessarily flow from a true, genuine, authentic faith. And of course the book of James famously stated:

James 2:14 (RSV) What does it profit, my brethren, if a man says he has faith but has not works? Can his faith save him?

James 2:20-22 Do you want to be shown, you shallow man, that faith apart from works is barren? [21] Was not Abraham our father justified by works, when he offered his son Isaac upon the altar? [22] You see that faith was active along with his works, and faith was completed by works,

James 2:26 For as the body apart from the spirit is dead, so faith apart from works is dead.

Consistent with this biblical teaching, Scripture, in fifty passages about final judgment, mentions works every time, and never “faith alone.” And Jesus, asked by the rich young ruler how he could attain eternal life, asked if he kept the commandments (works), and then told him he had to sell all he had and give it to the poor (a good work). Faith was never mentioned.

No Matter How Good You Are

But the New Testament requirements for making the grade are not really that simple, thanks, in large part, to the theology of Paul. He didn’t see eye-to-eye with Peter anyway, so giving Peter a desk at the Pearly Gates wouldn’t have been his idea. That’s a story for another time, however.

Paul recoiled at the idea that anyone could deserve to be granted eternal life. There was no way to merit it. His Letter to the Romans stands in the way of this intuitive approach,i.e., adding up your good deeds to get into heaven. So now let’s open our Bibles to Romans, chapter 3. Atheists who want to make the case that the good book is not all that good should know how bad the Book of Romans is.

Yes; of course Paul teaches salvation by grace through faith. But he doesn’t exclude the necessity of works, or the notion of merit. In other words, he doesn’t teach Protestant soteriology, which Dr. Madison, as a good former Methodist, mistakenly thinks the Bible teaches. And he doesn’t disagree with Peter’s theology. When he rebuked him, it was for behavioral hypocrisy, not false doctrine. Here is what Paul taught:

Romans 2:5-13: “But by your hard and impenitent heart you are storing up wrath for yourself on the day of wrath when God’s righteous judgment will be revealed. For he will render to every man according to his works: To those who by patience in well-doing seek for glory and honor and immortality, he will give eternal life; but for those who are factious and do not obey the truth, but obey wickedness, there will be wrath and fury. There will be tribulation and distress for every human being who does evil, the Jew first and also the Greek, but glory and honor and peace for everyone who does good, the Jew first and also the Greek. For God shows no partiality. All who have sinned without the law will also perish without the law, and all who have sinned under the law will be judged by the law. For it is not the hearers of the law who are righteous before God, but the doers of the law who will be justified.”

To summarize: The concept of “demerits” is present (verse 5). Differential rewards for works (by implication, differential “merit”) exist (verse 6). Eternal life is correlated with well-doing (verses 7, 10). Divine wrath is due to disobedience (verses 8, 9). Obedient doers of the law shall be justified (verse 13; a striking similarity to James 1:22-23; 2:24).

Romans 1:17 For in it the righteousness of God is revealed through faith for faith; as it is written, “He who through faith is righteous shall live.”

Romans 15:17-18 In Christ Jesus, then, I have reason to be proud of my work for God. For I will not venture to speak of anything except what Christ has wrought through me to win obedience from the Gentiles, by word and deed,

1 Corinthians 3:8-9: “Each shall receive his wages according to his labor. For we are God’s fellow workers; you are God’s field, God’s building.”

Philippians 2:12-13: “Work out your own salvation with fear and trembling; for God is at work in you, both to will and to work for his good pleasure.”

St. Paul again regards faith and the human cooperation of works (labor) as two sides of the same coin, both proceeding from grace. Elsewhere, the apostle writes of the “works of faith” and related concepts (1 Thess. 1:3; 2 Thess. 1:11; Titus 1:15-16). Faith and works are not at all incompatible in all these Pauline passages. Salvation is described as a struggle, a process, a goal — not merely an abstract, past, instantaneous event.

In verse 9 he mentions “the power of sin”—it’s not that people just commit sins, rather sin is an indwelling force. To make the point, he culls a few of the gloomiest texts from the Old Testament to show how bad people are, functioning under this power. Paul can have his Hallmark moments, but these verses (vv.10-18) will never end up on sentimental Christian greeting cards. There isn’t enough space to quote them all here, but v. 12 and v. 13 are representative:

“All have turned aside, together they have become worthless; there is no one who shows kindness, there is not even one ” and “Their throats are opened graves; they use their tongues to deceive. The venom of vipers is under their lips.”

These passages are, of course, examples of typical Jewish hyperbole, or exaggeration: not to be taken absolutely literally. For example, Jesus said, “No one is good but God alone” (Lk 18:19; cf. Mt 19:17). Yet He also said: “The good person brings good things out of a good treasure.” (Mt 12:35; cf. 5:45; 7:17-20; 22:10). Is this a contradiction? No; Jesus is merely drawing a contrast between our righteousness and God’s, but He doesn’t deny that we can be “good” in a lesser sense. We observe the same dynamic in the Psalms:

Yet in the immediately preceding Psalm, David proclaims, “I have trusted in thy steadfast love” (13:5), which certainly is “seeking” after God! And in the very next he refers to “He who walk blamelessly, and does what is right” (15:2). Even two verses later (14:5) he writes that “God is with the generation of the righteous.” So obviously his lament in 14:2-3 is an indignant hyperbole and not intended as a literal utterance.

St. Paul is not a “doom and gloom” / morose sort of guy at all (let alone a fanatic nut: as Dr. Madison futilely tries to paint him). One has to continue reading in Romans. He builds his case of God’s plan of salvation, explaining the relationship between the old and new covenants, and the primacy of faith and grace in both. The climax of this portion of his epistle is the magnificent, triumphant, bright and sunny chapter 8. In the meantime, it would be good for folks to understand how biblical hyperbole works. I’ve provided a quick summary aid above.

[passing over the generic, stock, anti-supernaturalist arguments (or rather, bald assertions) — inaccurately caricatured as “magic” and “hocus-pocus” –, as the goal of this series of counter-replies is to exegete Paul and Romans, as opposed to being an apologia for the supernatural and miracles, which is a completely separate and complex discussion.] 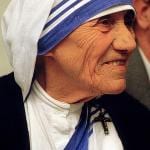 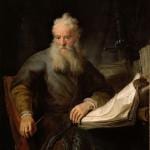