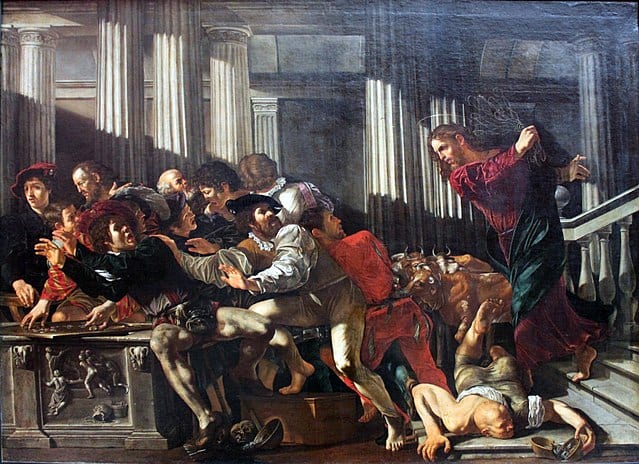 [Dr. Madison’s critique of chapter 8 was so silly, repetitive, insubstantial, and non-exegetical that it deserved no reply, so I passed over it]

Dr. Madison called this installment: “Jesus the Cult Fanatic, At It Again: Christians pretend not to notice…” (11-16-18)

Gentle Jesus, meek and mild, suddenly disappears, verse 42: “If any of you put a stumbling block before one of these little ones who believe in me, it would be better for you if a great millstone were hung around your neck and you were thrown into the sea.” Wow. Anyone who obstructs belief in the cult leader deserves a grim fate. This is script for the fanatic who was Mark’s hero.

Huh? All He’s saying is that if one messes with the innocent, trusting faith of little children, they are in a very bad spiritual place.  My RSV reads: “Whoever causes one of these little ones who believe in me to sin . . .” It’s protecting children: hardly a “controversial” notion or example of Dr. Madison’s so-called “bad Jesus.” This would arguably cover pedophilia and other forms of child abuse, too. This kind of polemics is over-the-top ridiculous. Dr. Madison seems to make ever-more lousy arguments as he goes along.

But it gets worse. Priests and preachers wave off the next few grim verses (43-48) as metaphor or hyperbole, but couldn’t a compassionate Jesus have chosen his words more carefully? Unless you chop sin out of your life—literally—you aren’t a good bet for making it into the Kingdom.

It’s my guess that if many Christians ran into a street preacher shouting these words, they would cross the street to get away. But why is it okay when Jesus says these things, solemnly recited as part of the white noise on Sunday mornings?

The self-mutilation metaphor cannot be considered appropriate for sane religion; moreover, Jesus declines to specify exactly what he has in mind, i.e., the sins that hands, feet, and eyes can commit to deserve severe punishment. This has given license for preachers for centuries to fill in the details, according to their own personal biases about sin.

This is, of course, non-literal hyperbole, or extreme exaggeration to make a point. I dealt with it as a common phenomenon in Scripture in my paper, Dr. David Madison vs. Jesus #1: Hating One’s Family?

Please don’t tout Jesus as greatest ethicist who ever lived if he taught that, for their mistakes, fallible human beings could end up in a place where the punishing fire never ceases. Our role models for morality cannot be mean and vindictive.

An eternal hell can easily be defended as a just notion, and I have done so many times:

A Defense of Hell: Philosophical Explanations of its Plausibility, Necessity, and Factuality [12-10-15]

As I mentioned earlier, Jesus had given his disciples the ‘authority’ to cast out demons (one aspect of magical thinking found in the gospel). But it turns out that they weren’t always up to the task. In the heart of chapter 9 we learn about a demon that resisted their magic. A father had brought his mute, deaf son to be healed; Jesus was furious that they had failed. Instead of calming asking what might have gone wrong, he lashed out: “You faithless generation, how much longer must I be among you? How much longer must I put up with you? Bring him to me.” (v. 19)

We can see that the text never says that Jesus was “furious.” That’s simply wishful thinking on Dr. Madison’s part: always desperately and vainly looking for “bad Jesus.”

The father reported that his son had been like this since childhood: “It has often cast him into the fire and into the water, to destroy him…”

Now comes one of the most poignant texts in the gospel. The desperate father pleads, “…but if you are able to do anything, have pity on us and help us.” Jesus had snarled at the disciples,

He merely rebuked them for lack of belief (and He later explains why: “This kind cannot be driven out by anything but prayer”: 9:29). And so Dr. Madison calls this reply of Jesus, “a smug, smart-ass answer.”  Really? There are times when Jesus gets truly angry (righteously indignant), such as his encounter with the moneychangers at the temple and with the Pharisees (Matthew 24). This is not one of them; nor is it “proof” that Jesus was sinfully angry at all. It’s just one of the innumerable “Madison myths.” Dr. Madison adds:

Gee, the disciples hadn’t tried that [prayer, to remove the demon]?

Probably, but just not enough: is also a reasonable interpretation. To offer an analogy, it would be like saying that “getting over the death of a loved one comes through crying.” There is momentary crying and there is extended, anguished soul-level weeping and wailing. All of us who have experienced great tragedy, including loss and grieving know the difference well. That’s how prayer is, too. It’s a matter of degree. And this seems to be a plausible take on this incident. The disciples needed to pray more, and with more faith. But they lacked it; hence Jesus’ chastising rebuke (just as all good parents do with children, where necessary for their own good).

now he belittled the father. Jesus said to him, “‘If you are able!—All things can be done for the one who believes.’ Immediately the father of the child cried out, ‘I believe; help my unbelief!’” The poor guy might have wondered if his own lack to belief could have been a factor in his son’s disability. He wants to make amends, “Help my unbelief!”

Again, how is this belittling the father? Dr. Madison is apparently quite the mind-reader: and most of what he seems to observe are alleged “negative” thoughts. The man asked Jesus, “if you can do anything, have pity on us and help us” and  Jesus replied, “If you can! All things are possible to him who believes” (9:22-23). I have noted repeatedly in these replies how faith is tied in with healing in Scripture: not always, but probably the great majority of times. So Jesus was saying that it was not merely a matter of His own divine power, but also of the faith of the man (and with use of more hyperbole).

There are two pieces of bad advice—actually bad theology—in this story which have no doubt caused much Christian anguish for centuries.

• Belief is a key to overcoming illness—it just has to be strong enough: “All things can be done for the one who believes.” Jesus condemned “this faithless generation.”

• Add some prayer to that, and the magic will work: the demon could be vanquished “only through prayer.”

The devout who actually do read the gospels for guidance on how to live and survive, and assume that Jesus is telling the honest truth, sense that these are unreasonable expectations. They know that, far too often, belief and prayer don’t work in the face of chronic suffering, and they beat themselves up for failing. This is not healthy religion. Shame on Jesus for this bad advice.

I have dealt with the repetitive, droning theme in Dr. Madison’s overall polemic (which doesn’t become any more true merely by repeating the same tired lies): Madison vs. Jesus #10: Universal Answered Prayer & Healing?

Mark’s gospel is saturated with miracle, magic, superstition, and fantasy: Jesus glowed on a mountaintop while having a chat with long-dead heroes. Such stories emerge from imaginations fired by religious zeal. If only Christians could read the gospels carefully, meticulously, critically—and wise up that they’ve been conned.

[I pass over further slanders and blasphemies against Jesus and the Holy Bible, such as these. One has only so much patience — even by God’s supernatural enabling grace — with this sort of bilge. I ain’t Job] 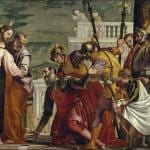 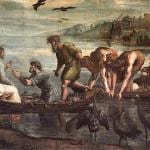 August 20, 2019 David Madison vs. the Gospel of Mark #9: Chapter 10
Recent Comments
0 | Leave a Comment
"That's Gary's area of expertise, so he could provide a much better reply than I ..."
Dave Armstrong 1 Esdras & the Canon of ..."
"Hey Dave, please come respond to Steve Christie in the comment section in Gary Michuta's ..."
Anthony 1 Esdras & the Canon of ..."
"I'm glad someone is defending the Pope. Seems he's attacked on all sides, even by ..."
Gabriela Why is Pope Francis So Loved ..."
"Hi Michael,I didn't realize that you were an adherent of Judaism. We ought to have ..."
Dave Armstrong Refuting 59 of Michael Alter’s Resurrection ..."
Browse Our Archives
get the latest from
Biblical Evidence for Catholicism
Sign up for our newsletter
POPULAR AT PATHEOS Catholic
1