Chalice or Host Only Contain the Body & Blood of Christ

Chalice or Host Only Contain the Body & Blood of Christ November 21, 2019 Dave Armstrong

Reply to Two Direct Challenges from the Calvinist Anti-Catholic Sophist and Polemicist, “Turretinfan” 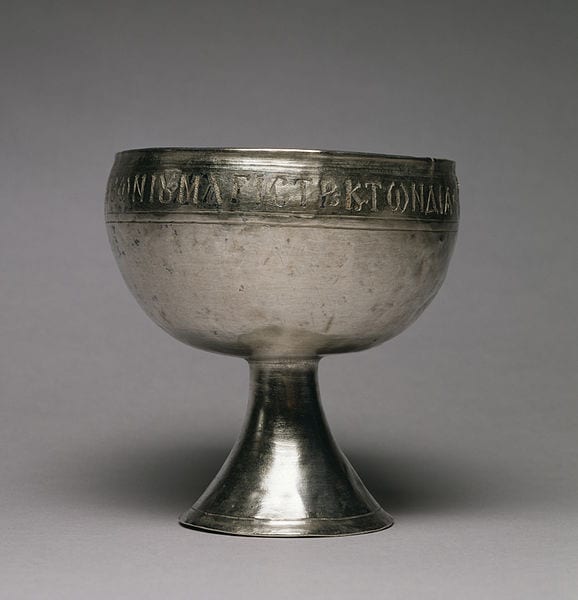 Turretinfan: the anonymous Calvinist anti-Catholic apologist, set out two specific challenges in his article, posted on James White’s blog: “Built on the Wrong Foundation” (1-21-11). His words will be in blue:

I openly challenge the Roman apologists to bring forth any example of a church father who says that after the consecration the bread is the blood of Christ, . . . (bolding his own)

Many thanks to Facebook friends Robert Brown and Nick Hardesty, for finding the following early patristic citations, in refutation of the claim above:

And this food is called among us Εὐχαριστία [the Eucharist], of which no one is allowed to partake but the man who believes that the things which we teach are true, and who has been washed with the washing that is for the remission of sins, and unto regeneration, and who is so living as Christ has enjoined. For not as common bread and common drink do we receive these; but in like manner as Jesus Christ our Saviour, having been made flesh by the Word of God, had both flesh and blood for our salvation, so likewise have we been taught that the food which is blessed by the prayer of His word, and from which our blood and flesh by transmutation are nourished, is the flesh and blood of that Jesus who was made flesh. (St. Justin Martyr, First Apology, Ch. 66; between A.D. 148-155; Schaff collection of the Church fathers; my italics and bolding)

[In another translation, instead of “common bread and common drink” it reads “We do not consume the eucharistic bread and wine as if it were ordinary food and drink” which then parallels the later passage, “the food . . . becomes the flesh and blood.” That would be clearer (and, I think, indisputable) instance of “food” referring to the eucharistic bread only, which is then said to become “flesh and blood”. This translation was from Office of Readings (Daughters of St. Paul, 1983, 540-541): 2nd Reading from the Office of Readings of the Liturgy of the Hours for the 3rd Sunday of Easter. This would also echo the word usage of Jesus in John 6:55 (RSV): “For my flesh is food indeed, and my blood is drink indeed.”]

[W]hen the great prayers and the holy supplications are sent up to God, the Word descends upon the bread and the cup, and they become His body. (St. Athanasius, Sermon to the Newly Baptized, PG 26,1325; before A.D. 373)

[N]ourishment (bread and wine) by becoming flesh and blood gives bulk to the human frame: the nourishment is the body. Just as in the case of other men, our Saviour’s nourishment (bread and wine) was His Body; but these, nourishment and Body, were in Him changed into the Body of God by the Word indwelling. So now repeatedly the bread and wine, sanctified by the Word (the sacred Benediction), is at the same time changed into the Body of that Word; and this Flesh is disseminated among all the Faithful. (St. Gregory of Nyssa, The Great Catechism, 37, post A.D. 383, in Schaff)

The Catholic Encyclopedia article, “Communion under Both Kinds” makes further biblical arguments (especially from John 6) and provides a detailed history of many instances in the early Church in which the cup or the host only was distributed (thus implying indirectly that both Body and Blood and the whole Christ were contained in either kind). Example:

(2) That Communion of the sick under the species of bread alone was the ordinary usage at Alexandria in the middle of the third century is proved by the account of the death-bed Communion of the old man Serapion as told by Eusebius (Church History VI.44), on the authority of Dionysius of Alexandria (d. 264). It is recorded of St. Basil that he received Holy Communion several times on the day of his death, and under the species of bread alone, as may be inferred from the biographer’s words (Vita Basilii, iv, P.G. XXIX, 315). We have it on the authority of Paulinus, secretary and biographer of St. Ambrose, that the saint on his death bed received from St. Honoratus of Vercelli “Domini corpus, quo accepto, ubi glutivit, emisit spiritum, bonum viaticum secum ferens” (Vita Ambr., 47, P.L., XIV, 43). These testimonies are sufficient to establish the fact that, in the early centuries, reservation of the Eucharist for the sick and dying, of which the Council of Nicaea (325) speaks (can. xiii) as “the ancient and canonical rule”, was usual under one kind. The reservation of the species of wine for use as the Viaticum would have involved so many practical difficulties that, in the absence of clear evidence on the subject, we may feel sure that it was never the general practice. . . . It is recorded in the life of St. Mary of Egypt (21 sq., P.L. LXXIII, 686) that the Abbot Zosimos brought Communion under both kinds to her solitary retreat in the desert, and in later times there are several examples of dying persons communicating sub utraque. But everything leads us to suppose that such Communions, as a rule, were administered in connection with Mass, celebrated in the house of the sick person or in the immediate vicinity and this supposition is strongly confirmed by the well-known fact that the sick were sometimes carried to the church for the purpose of receiving both the Eucharist and Extreme Unction (see Chardon, Hist. Du Sacrem. de l’Eucharistie, c. v, Migne, Theol. Cursus Completus, XX, 282). It is to be noted, finally, that the sick who could not consume the Host were allowed to receive under the species of wine alone (Council of Toledo, 675, can. ii, Mansi, XI, 143-4).

[N]owhere does Scripture confuse the symbols and call the bread his blood or the cup his body.

We find the same thought in Holy Scripture itself, in St. Paul:

Note the bolded “or” and “and.” The way that Paul phrases this proves that he believes that the Body and Blood are present in both species. It’s all in the word “or”. The logic and grammar require it, so that the thought in 11:27 can also be expressed in the following four propositions:

Whoever, therefore, eats the bread of the Lord in an unworthy manner will be guilty of profaning the body and blood of the Lord.

Whoever, therefore, drinks the cup of the Lord in an unworthy manner will be guilty of profaning the body and blood of the Lord.

Whoever, therefore, eats the bread of the Lord in an unworthy manner will be guilty of profaning the blood of the Lord.

Whoever, therefore, drinks the cup of the Lord in an unworthy manner will be guilty of profaning the body of the Lord.

The thought in 11:29 can also be logically broken down into two propositions:

For any one who eats without discerning the body eats and drinks judgment upon himself.

For any one who drinks without discerning the body eats and drinks judgment upon himself.

Therefore, St. Paul in 1 Corinthians 11:27, 29 meets this challenge, and since I always agree with him, I have in effect met it, too. 11:27 proves both that the cup of what was formerly wine contains Jesus’ body as well as His blood, and it also proves that the host (formerly wheat) contains Jesus’ blood as well as His body. 11:29 reiterates that partaking of the communion cup is partaking of Jesus’ body.

This is inspired revelation: far more intrinsically authoritative and unquestionable than the writing of any particular Church father, which is not inspired, and may contain mistakes. “Turretinfan” is quite mistaken, as I have just demonstrated. And it’s not Holy Scripture that is “confuse[d]”. It’s him . . .

Next challenge? These were rather easily shot down.

Unfortunately, Money Trees Do Not Exist: If you have been aided in any way by my work, or think it is valuable and worthwhile, please strongly consider financially supporting it (even $10 / month — a mere 33 cents a day — would be very helpful). I have been a full-time Catholic apologist since Dec. 2001, and have been writing Christian apologetics since 1981 (see my Resume). My work has been proven (by God’s grace alone) to be fruitful, in terms of changing lives (see the tangible evidences from unsolicited “testimonies”). I have to pay my bills like all of you: and have a (homeschooling) wife and three children still at home to provide for, and a mortgage to pay.
*
My book royalties from three bestsellers in the field (published in 2003-2007) have been decreasing, as has my overall income, making it increasingly difficult to make ends meet.  I provide over 2600 free articles here, for the purpose of your edification and education, and have written 50 books. It’ll literally be a struggle to survive financially until Dec. 2020, when both my wife and I will be receiving Social Security. If you cannot contribute, I ask for your prayers (and “likes” and links and shares). Thanks!
*
See my information on how to donate (including 100% tax-deductible donations). It’s very simple to contribute to my apostolate via PayPal, if a tax deduction is not needed (my “business name” there is called “Catholic Used Book Service,” from my old bookselling days 17 or so years ago, but send to my email: apologistdave@gmail.com). Another easy way to send and receive money (with a bank account or a mobile phone) is through Zelle. Again, just send to my e-mail address. May God abundantly bless you.
*
***
Photo credit: Silver communion chalice from the Byzantine Empire (dated 547-550); excavated in Syria, c. 1908-1910 [Wikimedia Commons / Creative Commons Attribution-Share Alike 3.0 Unported license]
*** 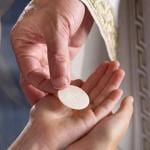 November 20, 2019
Can Communion in the Hand be Equally Reverent?
Next Post 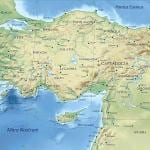 November 21, 2019 Jerusalem Council (Acts 15) Decrees: Universally Binding?
Recent Comments
0 | Leave a Comment
Browse Our Archives
get the latest from
Biblical Evidence for Catholicism
Sign up for our newsletter
POPULAR AT PATHEOS Catholic
1