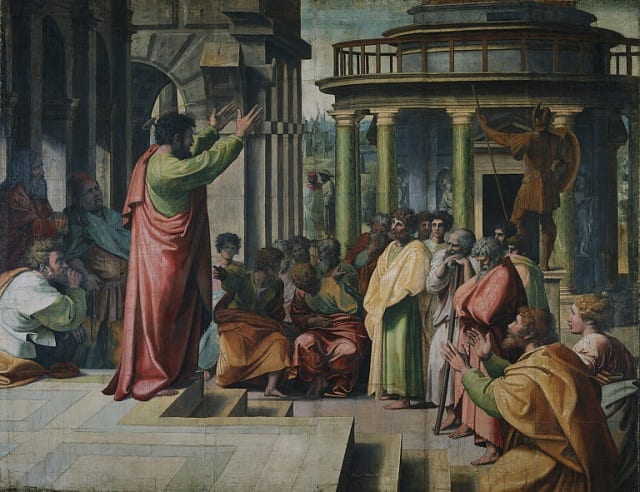 Romans 1:26-27 (RSV) For this reason God gave them up to dishonorable passions. Their women exchanged natural relations for unnatural, [27] and the men likewise gave up natural relations with women and were consumed with passion for one another, men committing shameless acts with men and receiving in their own persons the due penalty for their error.

St. Paul mentions “dishonorable passions.” The next word “for” shows that what follows is an example of what Paul calls “dishonorable.” The example is: “Their women exchanged natural relations for unnatural”.

Paul is saying, then, that there is such a thing as “natural sexual relations” and its contrary, “unnatural [sexual relations].” This brings it down to the matter of natural law and God’s created order, and all that that entails. Some things are natural; some are not.

So far, I have merely followed the syntactical and grammatical logic of the passage (at least in its translation). I don’t think anything I have stated thus far could be argued differently, regardless of one’s stance on homosexuality. What follows in the next verse is clearly related to what came before it: ” and the men likewise gave up natural relations with women and were consumed with passion for one another . . .”

This is very clear-cut. The “likewise” inescapably implies that the men, too, have abandoned “natural relations” for “unnatural” ones (since it is an analogy). In other words, the contrast is between natural and unnatural, and also between heterosexual and homosexual sex. Paul is not merely saying that the inflamed “passion” is sinful, but also the very concept and practice of homosexual relations, which goes against nature.

Since it is “unnatural” for men to be (sexually) with men, and women with women, according to the apostle (and God, since the Bible is God-breathed), he describes the sexual acts as “shameless” and “error.” There is no qualification here for things like rape or promiscuity or uncommitted, manipulative sex (that is the desperate eisegesis of those who already believe the Bible is neutral on the issue – itself an absurd proposition, in my opinion).

St. Paul makes an argument from nature. He is saying that the very notion of homosexual acts are disordered and unnatural. Perhaps his phrase “receiving in their own persons the due penalty for their error”  refers to the medical and physiological consequences of these unnatural acts, but that is just speculation on my part.

Romans 1:18-32 is an argument from nature, a sort of primitive teleological argument (or, argument from design). He implies sins against nature in 1:24: “. . . the dishonoring of their bodies among themselves”. Idolatry is condemned in 1:25: “. . . they . . . worshiped and served the creature rather than the Creator . . .”

In my opinion, immoral sex amounts to a worship of the physical body as an object apart from the whole person who possesses it, and in defiance of the lifelong commitment within which moral sex is protected and placed in the proper context of whole love relationships with whole people (not just genitals), for a whole lifetime.

St. Paul makes a similar argument from nature (but a bit more sophisticated and theological) in 1 Corinthians 6:12-20, by stating that excessive appetite for sex (and also food?) amounts to being “enslaved” (6:12). He exclaims:

1 Corinthians 6:16 Do you not know that he who joins himself to a prostitute becomes one body with her? For, as it is written, ‘The two shall become one flesh.’

In other words, there is an ontological, created reality and natural order beyond mere physical pleasure, which must not be violated. Certain things are wrong by their very nature. Sex outside of marriage — whether heterosexual or homosexual — belongs in that category. Paul continues:

1 Corinthians 6:18-20 Shun immorality. Every other sin which a man commits is outside the body; but the immoral man sins against his own body. Do you not know that your body is a temple of the Holy Spirit within you, which you have from God? You are not your own; you were bought with a price. So glorify God in your body. (6:18-20)

So heterosexual fornication and adultery are just as sinful, wicked, reprehensible, and unnatural as homosexual sex. These sexual sins violate the bounds of proper sex between males and females as God intended it: within a lifelong monogamous commitment of marriage. The same physical act which is right and proper and beautiful in one situation (in a marriage) becomes sinful in another (with a prostitute, or with one other than one’s spouse).

Homosexuality also violates this boundary but it goes a step further and violates the created order of sex itself (back to Paul’s argument from nature), which God intended for male and female (and I think this is self-evident in the complementary physiology of the reproductive organs, and in the end result of conception).

One might say that fornication is an “ontological” sin against the moral “concept” of marriage, while homosexual sex sins both against the purpose of sex and the ontological, metaphysical, and spiritual (even physical) nature of sex itself. The move has already been made from opposite sex and procreation to same sex and pleasure-only. In so doing, God’s laws and natural law are spurned and scorned.

On the other hand, Paul seems to teach that all forms of sexual immorality are a sin against nature and against the Holy Spirit within us. Something bad actually happens in the very real spiritual realm. We become joined with the harlot. We sin against ourselves and our own bodies as well. We violate the temple of God (ourselves, if we are Christians, since the Holy Spirit indwells us).

Various versions of Romans 1:26-27 show us exactly what St. Paul is teaching (in reference to women and men, respectively). He compares and contrasts the natural, moral sexual act, with the unnatural, immoral act:

“normal practices of sexual intercourse” . . .  “something which is abnormal and unnatural”

“natural intercourse with women” . . .  “lustful passions for one another”

“natural intercourse” . . .  “consumed with passion for each other”

“natural relations with women” . . .  “burn with lust for one another”

“natural use of the woman” . . .  “burned in their lust one toward another”

“natural relations”. . .  “consumed with passion for one another”

“natural intercourse with women” . . .  “consumed with passion for one another”

“natural function of the woman” . . .  “burned in their desire toward one another”

I don’t see how this could be any clearer than it is. The assertion by radical homosexual exegetes that we orthodox,  traditional folks are distorting the Bible’s teaching (whether it is inspired and preserved properly or not) and not presenting it properly, out of alleged “homophobic” motives, is groundless.

The Bible, as it reads, is indisputably opposed to homosexual acts as a sin against nature, God, and one’s own body. And it is all there right in Romans 1:26-27, as just shown — both lesbian sex and male homosexual sex are condemned as immoral as well as unnatural.

I didn’t make this up. St. Paul wrote these things, and Christians believe that Holy Scripture is inspired by God; God’s revelation. Its truths are spurned and rejected at one’s own peril. 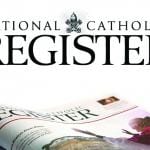 December 6, 2019
"Armstrong's Handbook of Apologetics": a Cyber-"Book"
Next Post 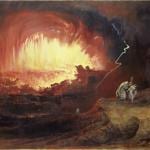