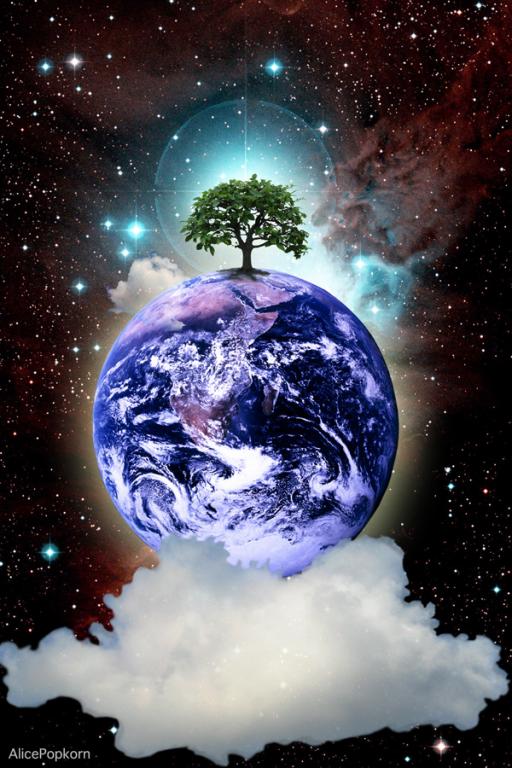 Many thanks to Francisco Figueroa, who discovered this in a homily dated 5-11-88 (in Spanish), delivered in Bolivia, in the Valley of Cochabamba. This was Francisco’s translation of the Spanish. My friend, Dr. Robert Fastiggi, a systematic theologian, sent me a personal letter, stating, “I checked the Spanish original, and the passage from JPII is accurate.” Pope St. John Paul II’s words follow below.

I want to address now, from this land of Cochabamba, peasant par excellence, to you, Quechua peasants, men of the “bronze lineage”, who from time immemorial populate these valleys and are at the roots of Bolivian nationality; that you have given to the world your nutritional and medicinal findings such as potatoes, corn and quinoa. The Lord continues to accompany your work with His help. He takes care of the birds of the sky, of the lilies that are born in the field, of the grass that sprouts from the earth (Mt 6, 26-30). This is the work of God, who knows that we need the food that the earth produces, that varied and expressive reality that your ancestors called the “Pachamama” and that reflects the work of divine Providence by offering us His gifts for the good of man.

Such is the deep meaning of the presence of God that you must find in your relationship with the earth, which covers for you the territory, the water, the stream, the hill, the hillside, the creek, the animals, the plants and the trees, because earth is all the work of creation that God has given us. Therefore, when contemplating the earth, the crops that grow, the plants that mature and the animals that are born, raise your thoughts to the God of the heights, the creator God of the universe, who has manifested to us in Christ Jesus, our Brother and Savior. That way you can reach Him, glorify Him and thank Him. “Because the invisible of God, since the creation of the world, [His] intelligence is revealed through his works” (Rm 1:20).

So did St. Francis of Assisi in his Letter to the Faithful, which included a prayer with the words: “Praised be You, my Lord, through our Sister Mother Earth, who sustains and governs us, and who produces various fruit with colored flowers and herbs.”

[see many other documented examples of “mother earth” in historic Christian devotions and prayers, art, and literature]

One might perhaps observe “mother earth” motifs in the following biblical passages:

Genesis 2:7 then the LORD God formed man of dust from the ground, and breathed into his nostrils the breath of life; and man became a living being.

Genesis 3:19 In the sweat of your face you shall eat bread till you return to the ground, for out of it you were taken; you are dust, and to dust you shall return.

Genesis 41:47 During the seven plenteous years the earth brought forth abundantly,

2 Samuel 23:4 he dawns on them like the morning light, like the sun shining forth upon a cloudless morning, like rain that makes grass to sprout from the earth.

Psalm 65:9 Thou visitest the earth and waterest it, thou greatly enrichest it; the river of God is full of water; thou providest their grain, for so thou hast prepared it.

Psalm 104:14 Thou dost cause the grass to grow for the cattle, and plants for man to cultivate, that he may bring forth food from the earth,

Isaiah 42:5 Thus says God, the LORD, who created the heavens and stretched them out, who spread forth the earth and what comes from it,

Sirach 38:4 The Lord created medicines from the earth, and a sensible man will not despise them.

Sirach 40:1 Much labor was created for every man, and a heavy yoke is upon the sons of Adam, from the day they come forth from their mother’s womb till the day they return to the mother of all.

Hebrews 6:7 For land which has drunk the rain that often falls upon it, and brings forth vegetation useful to those for whose sake it is cultivated, receives a blessing from God.

James 5:18 Then he prayed again and the heaven gave rain, and the earth brought forth its fruit.

Dave Armstrong maintains that since Saint JPII spoke of Pachamama, and because Church documents say beautiful things about the earth as our mother, that we should not be disturbed by events at the Amazon Synod regarding the so-called Pachamama. I don’t find his argumentation persuasive. JPII may have had little idea who Pachamama is and references to “mother earth” should in no way be conflated with Pachamama. I just can’t imagine JPII allowing the Vatican Garden ceremonies or the presentation and placement of a potted plant on the altar. In such matters, I believe we need to err on the side of caution.

Actually I made little or no argument (strictly speaking) at all in this article of mine. What little argument there was, resided in the title: “Pope St. John Paul II Respectfully Referred to Pachamama.”

Can you imagine Taylor Marshall doing that, or Peter Kwasniewski, or yourself? And that is the only point that I made (if one really wants to understand what I was trying to accomplish).

I did find some Bible passages, too, that I thought had perhaps some relation to the notion of “mother Earth”: which has a Christian application and not only a pagan one, as you acknowledge (“Church documents say beautiful things about the earth as our mother”).

Anyone who has followed my commentary on the “Pachamama” fiasco would know that I have contended that it has never been established that idolatry took place. The very first thing that needed to be done (i.e., by those who so vehemently disagree) has never been done, nor (to my knowledge) has this basic “investigatory obligation” even been attempted.

Instead we have proclamations from folks who just “know” that idolatry took place (just like John Calvin “knew” that blasphemous idolatry took place at every Catholic Mass and that statues of Mary and even Christ Himself were “idols” to be smashed or stolen), as if they are mind readers or gnostics with esoteric knowledge of what goes on in other hearts and minds.

*
***
Unfortunately, Money Trees Do Not Exist: If you have been aided in any way by my work, or think it is valuable and worthwhile, please strongly consider financially supporting it (even $10 / month — a mere 33 cents a day — would be very helpful). I have been a full-time Catholic apologist since Dec. 2001, and have been writing Christian apologetics since 1981 (see my Resume). My work has been proven (by God’s grace alone) to be fruitful, in terms of changing lives (see the tangible evidences from unsolicited “testimonies”). I have to pay my bills like all of you: and have a (homeschooling) wife and three children still at home to provide for, and a mortgage to pay.
*
My book royalties from three bestsellers in the field (published in 2003-2007) have been decreasing, as has my overall income, making it increasingly difficult to make ends meet.  I provide over 2600 free articles here, for the purpose of your edification and education, and have written 50 books. It’ll literally be a struggle to survive financially until Dec. 2020, when both my wife and I will be receiving Social Security. If you cannot contribute, I ask for your prayers (and “likes” and links and shares). Thanks!
*
See my information on how to donate (including 100% tax-deductible donations). It’s very simple to contribute to my apostolate via PayPal, if a tax deduction is not needed (my “business name” there is called “Catholic Used Book Service,” from my old bookselling days 17 or so years ago, but send to my email: apologistdave@gmail.com). Another easy way to send and receive money (with a bank account or a mobile phone) is through Zelle. Again, just send to my e-mail address. May God abundantly bless you.
*
***
Photo credit:Alice Popkorn: “Mother Earth” [Flickr / CC BY 2.0 license]
*** 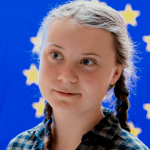 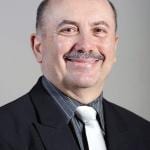 December 16, 2019 Debate: Pope Francis on Doctrine, Truth, & Evangelizing
Recent Comments
0 | Leave a Comment
"I think it's because they can't bear the thought that Christians might actually have a ..."
Dave Armstrong Star of Bethlehem: Reply to Obnoxious ..."
"I see Aaron Adair has posted another rebuttal at TP.Submitted for your consideration: Can you ..."
Jim Dailey Star of Bethlehem: Reply to Obnoxious ..."
"Blacks may have it better when it comes to better shots at jobs and promotions ..."
Medalcollector Summary Thoughts of a Trump Supporter ..."
"I don't consider C&E Church goer's Catholic except culturally. Any serious Catholic who knows his ..."
Jim the Scott Star of Bethlehem: Reply to Obnoxious ..."
Browse Our Archives
get the latest from
Biblical Evidence for Catholicism
Sign up for our newsletter
POPULAR AT PATHEOS Catholic
1