Ward’s Whoppers #4: Which Tree Fruit In Eden to Eat? 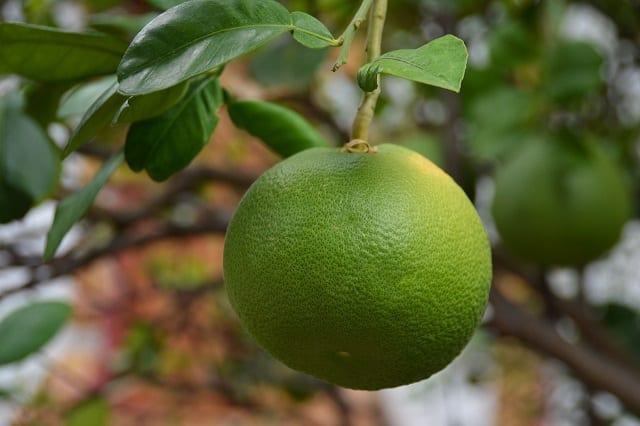 4.
Genesis 1: 29 And God said, Behold, I have given you every herb bearing seed, which is upon the face of all the earth, and every tree, in the which is the fruit of a tree yielding seed; to you it shall be for meat.

Genesis 2: 16 And the LORD God commanded the man, saying, Of every tree of the garden thou mayest freely eat: 17 but of the tree of the knowledge of good and evil, thou shalt not eat of it: for in the day that thou eatest thereof thou shalt surely die.

Q: Were Adam and Eve allowed to eat from any tree in the garden of Eden?

This is an example of an alleged “contradiction” which simply (plainly / evidently) is not one according to the rules of logic: the very sort that Ward claimed he did his best to avoid in his book (and I assure my readers that I will surely find many of these before I am done analyzing this book; and he will lament and regret the day he ever challenged me to do so):

[M]any Bible critics (“atheists” or otherwise) will use some pretty ridiculous arguments . . . But the fact that some people get carried away and make false claims doesn’t invalidate the claims that are correct.  And the fact is that there are a large number of clear contradictions in the so-called “inerrant word of god”.  I have screened out those bogus claims that some critics make and have published my own book . . . of contradictions that I and others have found in the Bible that are clearly contradictions. (letter to National Catholic Register about one of my articles there; reproduced in my first reply)

Ward must not have had his logic cap on the day he decided to include the above “contradiction” in his list of 421. Genesis 1:29 restricts the sort of trees for human consumption to those bearing “seed” in their “fruit”. Here are some other major translations:

NASB . . . every tree which has fruit yielding seed; it shall be food for you;

NIV . . . every tree that has fruit with seed in it. They will be yours for food.

NKJV . . . every tree whose fruit yields seed; to you it shall be for food.

RSV . . . every tree with seed in its fruit; you shall have them for food.

NRSV . . . every tree with seed in its fruit; you shall have them for food.

Genesis 2:16 notes one exception to the trees that may be eaten. Thus, the two passages do not contradict, since, logically, all one has to say is that the tree of the knowledge of good and evil (whether envisioned as literal or metaphorical: and I favor the latter) was simply not one of the trees that bears seed in its fruit. This isn’t complicated. It only is when one approaches the Bible (as I have always said atheists do) like a butcher approaches a hog.

To verify that such “seedless” trees, or trees that don’t bear fruit at all, do indeed exist, I consulted a website on “beginner gardening”:

Several trees in the Fraxinus genus are seedless, including the “Raywood” ash (Fraxinus angustifolia “Raywood”), a 35-foot-tall deciduous tree . . . Another seedless ash, the “Rosehill” white (F. americana “Rosehill”) is similarly adaptable but grows to 65 feet tall. . . . The “Marshall” seedless green ash (F. pennsylvanica “Marshall”) is hardy in USDA zones 4 to 9 and grows to 50 feet tall. . . .

Clearly, then, there are many such trees. This is a ridiculous and absurd example of an alleged contradiction. Even the statement of what is supposedly contradictory; by the way, echoing what the devil said in Genesis 3:1 (“Were Adam and Eve allowed to eat from any tree in the garden of Eden?”) — my italics – is immediately self-defeating, since it (polemically) presupposed that Genesis 1:29 was referring to eating any and all trees, when in fact, the passage plainly limited such trees to those which bore seed.

Someone might retort that the tree of the knowledge of good and evil did indeed produce fruit, that Eve and then Adam both ate (Gen 3:2-3, 6, 12-13) in disobedience to God’s commands (so that they were not of the sort of tree that had no fruit). But this objection would neglect to see that Genesis 1:29 refers to fruit that contains or yields seed. Again, there are many fruits (or certain types of individual fruits) that grow on trees which do not contain seed in them: such as bananas, oranges, lemons, and limes.

Note also that the Bible never says that the forbidden fruit was an apple. That is simply presupposed, and has become the non-biblical “legend.” The Bible merely describes it as “fruit.” Therefore it could have been a fruit without seed, which was precisely the sort that God said not to eat, in Genesis 1:29. Conclusion? No contradiction at all . . .

Ward  — poor fellow — miserably fails to come off looking like the “smart / scientific” atheist over against the alleged “dumb / ignorant / anti-scientific” Bible and Christians (i.e., of the sort that he himself used to be). 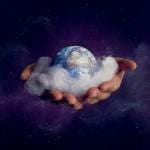 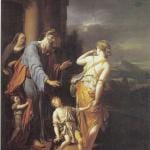