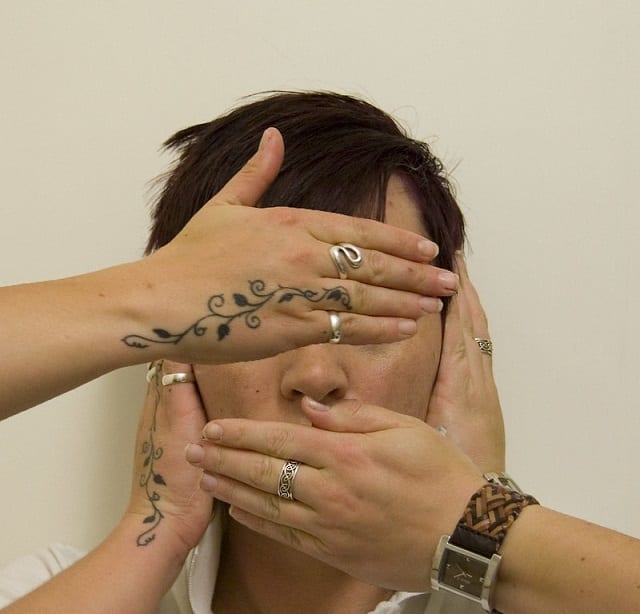 Ward Ricker is (as so often) a self-described former “fundamentalist” who likes to poke holes in the Bible and “prove” that it is a terrible and “evil” book, not inspired, hopelessly contradictory, etc. He describes his current belief as follows:

He read my article for National Catholic Register, “Atheist Inventions of Many Bogus ‘Bible Contradictions’ “ (9-4-18) and wrote to NCR the following letter. This article is my response. I informed him personally of it. First, here is his letter:

I just came across the Sept. 4, 2018, article, Atheist Inventions of Many Bogus “Bible Contradictions”, by Dave Armstrong.  It is an interesting article, in that it claims that “atheists” make unsubstantiated claims about the Bible contradicting itself, yet the article doesn’t list a single one of these unsubstantiated contradictions.  Instead, it goes into a ridiculous story about some people going to a Dairy Queen, trying to suggest that this represents the type of arguments that “atheists” use, without giving any example of an “atheist” argument that follows that same reasoning.
*
In fact, Mr. Armstrong is correct; many Bible critics (“atheists” or otherwise) will use some pretty ridiculous arguments (such as saying that the Bible says Jonah was swallowed by a whale in one place and by a fish in another).  I’m surprised that he didn’t choose to list any.  But the fact that some people get carried away and make false claims doesn’t invalidate the claims that are correct.  And the fact is that there are a large number of clear contradictions in the so-called “inerrant word of god”.  I have screened out those bogus claims that some critics make and have published my own book (yes, another of those lists that Mr. Armstrong decries) of contradictions that I and others have found in the Bible that are clearly contradictions.  Would Mr. Armstrong or any of you like to challenge any of the over 400 contradictions that I list in one of the chapters of my book, “Unholy Bible,” that you can download for free at www.WardsBooks.com?  (I hope you will also read the other chapters in the book about the vile, evil and abhorrent book that is called the “Holy Bible”.)

One must always determine the purpose and scope of any particular article, before one sets out to critique it. I always try to be very precise and accurately descriptive in titles for my articles. It’s one of the first things any good writer must understand (book and article titles, chapter titles, etc.). We only have 1000 words per article at NCR. I think it’s a nice length, that usually comes out to about 3 1/2 single-spaced pages in a book with a standard font size. People have short attention spans nowadays.

I was specifically going after “bogus ‘contradictions'”: that is, alleged logical contradictions that actually aren’t so, by the laws of contradiction in the field of logic (I took a logic class in college, by the way, along with several other philosophy courses). The Dairy Queen story was, precisely, an analogical example of how atheists and others who don’t properly think through the nature of a literal logical contradiction, make the claim, when in fact, there is no contradiction present at all.

Mr. Ricker may think that is “ridiculous.” I think it is necessary in order to illustrate the common errors in identifying the presence of “contradictions” that I was critiquing. The main gist of my article was to explain the nature of a logical contradiction, as opposed to refuting particular proposed examples of same in the Bible by atheists.

Sure, it would have been nice to include some actual “atheist vs. the Bible” examples, but there simply wasn’t space to do so, after I made what was my primary point in the article: illustrating how many alleged “contradictions” actually aren’t at all. This is a different issue from other examples which appear (at least prima facie) to be actual (honestly alleged) contradictions, that have to be grappled with by the defender of an inspired Bible.
*

Oftentimes, that comes down to different genres in the Bible, various meanings of particular words or ideas in widely divergent contexts, translation matters, and interpretational particulars: often having to do with the very foreign (to our modern western sensibilities)  ancient Hebrew culture and modes of thinking. I know these things firsthand, because I myself have offered what I think are good resolutions or “solutions” to hundreds of proposed biblical “contradictions.”

Other times, it could simply be a matter of manuscript errors that crept in through the years. Of course, that sort of error is only in transmission, and is not part of the original text, so it wouldn’t cast doubt on the non-contradictory nature of the original transcripts of the Bible (if indeed we can plausibly speculate that it was merely an innocent copyist’s error).

I do have an article on my blog of what Mr. Ricker suggests: where I provide several actual examples from atheists: Review of The Book of Non-Contradiction (Phillip Campbell) [5-9-17]. It was 1666 words long.
*
I have dealt with literally hundreds of supposed biblical “contradictions” (I’ve been engaged in apologetics writing for 39 years). One can see how active I have been in dialoguing with atheists, on my web page devoted to them. On the issue of “Bible contradictions” in particular, I devote a very long section at the end of my Bible and Tradition web page. Mr. Ricker offered a challenge for me or anyone to deal with his “list” of what he thinks are logical biblical difficulties. I like that. It shows that he is confident of his position. I admire that in people, even if I disagree with what they defend or stand for.
*
I thought that Bob Seidensticker, webmaster of Cross Examined: a major atheist blog with tons and tons of feedback in the comboxes, also possessed this confidence in his own positions, since he directly challenged me on 8-11-18: “I’ve got 1000+ posts here attacking your worldview. You just going to let that stand? Or could you present a helpful new perspective that I’ve ignored on one or two of those posts?” This was after Bob had virtually begged and pleaded with me to dialogue with him in May 2018, via email. He commented to someone else on 6-22-17: “If I’ve misunderstood the Christian position or Christian arguments, point that out. Show me where I’ve mischaracterized them.”
*
Again, Bob mocked some Christian in his combox on 10-27-18: “You can’t explain it to us, you can’t defend it, you can’t even defend it to yourself. Defend your position or shut up about it. It’s clear you have nothing.” And again on the same day: “If you can’t answer the question, man up and say so.” And on 10-26-18: “you refuse to defend it, after being asked over and over again.” And again: “You’re the one playing games, equivocating, and being unable to answer the challenges.”
*

I’m not one to decline a challenge, if I think anything constructive can be accomplished by responding to it, so I took Bob up on his offer, and to date, have written literally 40 refutations of his anti-biblical claims and argumentation. So far, not one peep of a response has been heard from him to any of them. And it sure looks like that will be the case indefinitely. His bark is infinitely worse than his bite. All talk and no action . . .

He’s not the only atheist online who waxes so confidently, but then flees for the hills at the slightest whiff of a refutation of ostensibly self-assured claims. Atheist and former Methodist minister Dr. David Madison writes for the very popular Debunking Christianity site, run by atheist John “you are an idiot!” Loftus, infamous for his literally volcanic explosions and implosions when he is forthrightly challenged (especially when such challenges come from me). I have refuted Dr. Madison’s skeptical, Bible-bashing claims 42 times as of this writing. He hasn’t been heard back from as of yet, either, and made his cramped, insulated mentality quite clear in a comment from 9-6-19:

By the time he had written this rationalization of his intellectual cowardice, I had already refuted his particular arguments 35 times. I’ve also done the same with John Loftus, more than ten times. You guessed it: not one word in counter-reply. I had critiqued his book, Why I Became an Atheist: precisely because at one time (in December 2006) he directly challenged me to do so:

Eventually, after I became bored and was looking for something to do, I did just that, only to get stony silence and crickets back. This is most unimpressive. It’s now over 100 direct refutations of atheist anti-biblical arguments (there are others, too, besides these three cowards), with no replies whatsoever back from those same atheists: two of whom directly challenged me to do this very thing.

This is pretty much my universal experience with atheists. Mr. Ricker finds the same apathy and/or cowardice or non-interest among Christians. We have that in common. I don’t like to repeat work that I’ve already done, so I would propose the following to him: take on one or more of these 92 papers in which I refuted Dr. Madison, Mr Seidensticker, and Mr. Loftus (since they won’t).

Prove to my Christian readers that atheists are capable of actually defending their positions under scrutiny: not just asserting them and fleeing to the hills in terror at the first hint or sign of a vigorous Christian counter-reply. They won’t respond; maybe Mr. Ricker, having devoted a book to such things, will. In any event, I have put my money where my mouth is, and I am able and willing to 1) defend my general Christian and particular Catholic beliefs, and 2) respond to atheist challenges to same. 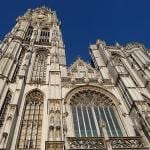 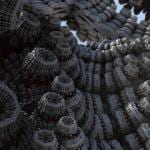