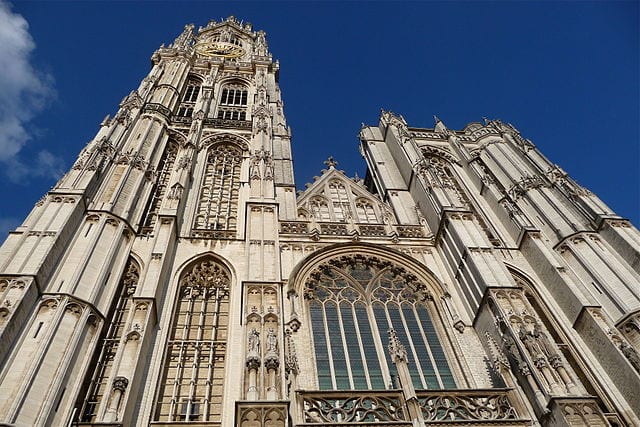 Steve Hays of Tribalblogue is an anti-Catholic polemicist and sophist. I’ll be responding to one portion of Steve’s article, “Catholic prooftexts” (12-17-17, Tribalblogue). His words will be in blue.

Catholic apologists quote this passage to prove the infallibility of their sect. However.
*
1. A basic problem is quoting the verse out of context. A pitfall of chapter and verse division is that Christians sometimes read a particular verse while failing to place that verse in the flow of argument. They don’t consider what comes before or after.
*
Catholic apologists say, “See, Paul doesn’t say “Scripture” is a pillar of truth, but “the Church”. Yet they completely ignore the preceding verse. Paul is directing Timothy to what he wrote.  Look at what I just wrote you!
*
2. Moreover, he wrote Timothy so that Timothy would know how to conduct himself in church, based on Paul’s written instructions. If, however, the church is the source of truth, then that’s superfluous. Yet Paul points Timothy to Paul’s explicit, written directives. That’s the benchmark.

Catholic apologists quote v15 but disregard the preceding verse. Yet we need to back up one verse to get the overall thrust: . . .

I don’t see how it changes anything, because Paul was writing about how Christians ought to behave. Behave where? Well, in the Church: an essential attribute of which he then describes (which seems to me to stand alone as a proposition). Here is the previous verse and the complete 1 Timothy 3:15:

1 Timothy 3:14-15 I hope to come to you soon, but I am writing these instructions to you so that, [15] if I am delayed, you may know how one ought to behave in the household of God, which is the church of the living God, the pillar and bulwark of the truth.

What none of these passages do is state that any individual Christian is a support, foundation, or upholder of the truth. Scripture says that about apostles in the Church, as I will show below, but not about Joe Everyman Christian. But Paul says it about the Church. So this reasoning of Steve’s is “apples and oranges.” He keeps talking about stuff that is not our topic at hand. And that’s what sophists and folks with weak arguments do (hoping that no one will notice).
*
8. Moreover, Paul doesn’t say the church is the source of truth. And he doesn’t say the church has the authority or prerogative to determine the truth. Rather, the church is tasked with the responsibility of upholding the truth.
*
For that matter, “determine” is ambiguous. That can mean “ascertain” or “arbitrate”. Those are two very different concepts. To ascertain is an act of understanding. To arbitrate is an act of authority. To obligate other people. . . .
*
10. A Catholic apologist just decide for himself what it means (1 Tim 3:15). His denomination can’t very well determine that for him, because he must to know if it’s even applicable to his denomination. Unless it refers to his church, or includes his church, then his church isn’t a ground and pillar of truth. In which case it isn’t qualified to interpret that passage on his behalf.
*
That’s a Catholic conundrum. You can’t rely on your denomination to determine what is true before you determine that your denomination is a rightful candidate for that distinction.
*
More on this below, when I make my exegetical argument.
*
9. The NT doesn’t command blind submission to church leaders. After all, some church leaders were false teachers. The NT warns Christians to be on the lookout for false teachers. That means Christians have to exercise some degree of independent judgment, using the Bible as their standard.
*
Off-topic again. Nice try.

11. Did Paul consider “the church” to be infallible?

Yes. See my reasoning below.

Paul didn’t even regard Pauline churches as infallible.

Individual congregations or “churches” are not the same as the entire institutional Church set up by our Lord Jesus Christ, with St. Peter as its first appointed leader, or what was later known as “pope.”
*
Would he call the church of Corinth a “pillar and foundation of truth”? Would he call the Galatian churches “a pillar and foundation of truth”?
*
No. See my previous comment.
*
Even churches he planted and supervised were prone to moral and doctrinal aberrations.
*
Of course they were. It’s not individual congregations or bishops that are protected by God from doctrinal error, but the Church as a whole (including the pope), in her (and his) authoritative proclamations — such as we see in the Jerusalem Council in Acts 15. That was the institutional Catholic Church (not merely the local Jerusalem church), led at that time by the apostles, including the leader of the apostles, Peter. And when they made a decision, it “seemed good to the Holy Spirit and to us” (15:28). There’s your infalliblity. And this binding infallibility led Paul himself to deliver to the “cities, . . . for observance the decisions which had been reached by the apostles and elders who were at Jerusalem.”
*
It was a decision made by the entire Church (represented by its leaders in a sublimely authoritative council), that bound Christians everywhere: with Paul himself proclaiming the decision in his missionary journeys. If all that doesn’t demonstrate infallibility and an infallible Church, I don’t know what conceivable thing does. It couldn’t be more clear than it is. And it couldn’t be more contradictory to sola Scriptura than it is: since sola Scriptura proclaims that only Holy Scripture is the only final infallible authority: not also the Church: as this passage and 1 Timothy 3:15 and other passages teach.
*
12. A Catholic apologist might object that God doesn’t protect individual congregations from falling into heresy.
*
You got it. Since I am answering as I read, I didn’t see this before I asserted the same thing.
*
But this means Catholic theologians must add qualifications to 1 Tim 3:15 that are conspicuously absent from the text.
*
Not really, since the passage is rather clearly talking about the entire institutional, hierarchical, visible Church.
*
Now how about some honest, in-depth, straightforward exegesis of our text in question, rather than the obscurantist, illogical, obfuscatory sophistry that Steve has offered?
*

1 Timothy 3:15  if I am delayed, you may know how one ought to behave in the household of God, which is the church of the living God, the pillar and bulwark of the truth.

Pillars and foundations support things and prevent them from collapsing. To be a “bulwark” of the truth, means to be a “safety net” against truth turning into falsity. If the Church could err, it could not be what Scripture says it is. God’s truth would be the house built on a foundation of sand in Jesus’ parable. For this passage of Scripture to be true, the Church could not err — it must be infallible. A similar passage may cast further light on 1 Timothy 3:15:

Ephesians 2:19-21 . . . you are fellow citizens with the saints and members of the household of God, [20] built upon the foundation of the apostles and prophets, Christ Jesus himself being the cornerstone, [21] in whom the whole structure is joined together and grows into a holy temple in the Lord;

1 Timothy 3:15 defines “household of God” as “the church of the living God.” Therefore, we know that Ephesians 2:19-21 is also referring to the Church, even though that word is not present. Here the Church’s own “foundation” is “the apostles and prophets, Christ Jesus himself being the cornerstone.” The foundation of the Church itself is Jesus and apostles and prophets.

Does this foundation have any faults or cracks? Since Jesus is the cornerstone, he can hardly be a faulty foundation. Neither can the apostles or prophets err when teaching the inspired gospel message or proclaiming God’s word. In the way that apostles and prophets are infallible, so is the Church set up by our Lord Jesus Christ. We ourselves (all Christians) are incorporated into the Church (following the metaphor), on top of the foundation.

1 Peter 2:4-9 Come to him, to that living stone, rejected by men but in God’s sight chosen and precious; [5] and like living stones be yourselves built into a spiritual house, to be a holy priesthood, to offer spiritual sacrifices acceptable to God through Jesus Christ. [6] For it stands in scripture: “Behold, I am laying in Zion a stone, a cornerstone chosen and precious, and he who believes in him will not be put to shame.” [7] To you therefore who believe, he is precious, but for those who do not believe, “The very stone which the builders rejected has become the head of the corner,” [8] and “A stone that will make men stumble, a rock that will make them fall”; for they stumble because they disobey the word, as they were destined to do. [9] But you are a chosen race, a royal priesthood, a holy nation, God’s own people, that you may declare the wonderful deeds of him who called you out of darkness into his marvelous light. (cf. Isa 28:16)

Therefore, the Church is built on the foundation of Jesus (perfect in all knowledge), and the prophets and apostles (who spoke infallible truth, often recorded in inspired, infallible Scripture). Moreover, it is the very “Body of Christ.” It stands to reason that the Church herself is infallible, by the same token. In the Bible, nowhere is truth presented as anything less than pure truth, unmixed with error. That was certainly how Paul conceived his own “tradition” that he received and passed down.

Knowing what truth is, how can its own foundation or pillar be something less than total truth (since truth itself contains no falsehoods, untruths, lies, or errors)? It cannot. It is impossible. It is a straightforward matter of logic and plain observation. A stream cannot rise above its source. What is built upon a foundation cannot be greater than the foundation. If it were, the whole structure would collapse.

If an elephant stood on the shoulders of a man as its foundation, that foundation would collapse. The base of a skyscraper has to hold the weight above it. The foundations of a suspension bridge over a river have to be strong enough to support that bridge.

See many many related articles on my Church and Bible and Tradition web pages. 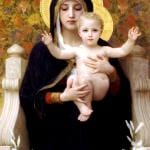 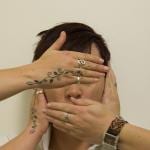 May 15, 2020 Reply to Atheist Ward Ricker Re "Biblical Contradictions"
Recent Comments
0 | Leave a Comment
"See articles critiquing on Calvinist distinctives on my Calvinism web page:https://www.patheos.com/blo..."
Dave Armstrong Defense of Immortal, Conscious Souls (vs. ..."
"Hello, Dave!I have a long, confusing and somewhat shameful request. This is not about the ..."
~🌑GADO DA DARKNESS🌑~ Defense of Immortal, Conscious Souls (vs. ..."
"So that's the game you play to rationalize away Christian charity? Nice try, but no ..."
Dave Armstrong Secularist, Atheist Nations = More “Happy” ..."
"Seems silly to be responding to a one-year old thread, but here goes: How much ..."
David Peebles Secularist, Atheist Nations = More “Happy” ..."
Browse Our Archives
Related posts from Biblical Evidence for Catholicism