Ven. Fulton Sheen on the Bodily Assumption of Mary 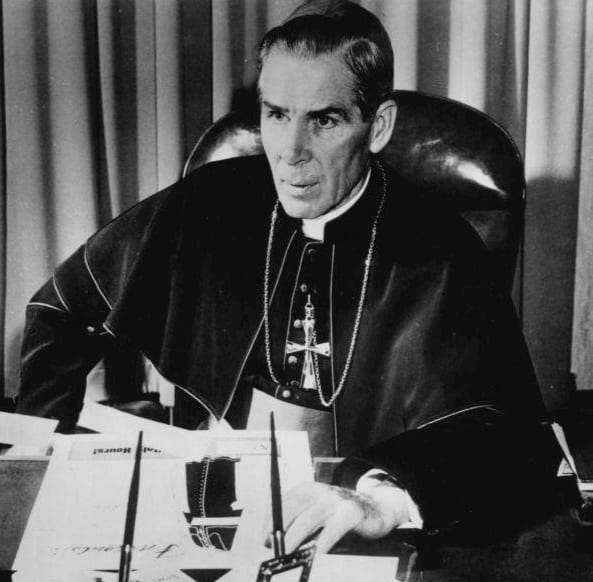 The dogma of the Immaculate Conception wilted and killed the false optimism of the inevitable and necessary progress of man without God . . . As in the definition of the Immaculate Conception, the Church had to remind the world that perfection is not biologically inevitable, so now in the definition of the Assumption, it has to give hope to the creature of despair. Modern despair is the effect of a disappointed hedonism and centers principally around Sex and Death. To these two ideas, which preoccupy the modern mind, the Assumption is indirectly related . . .

Death is a shadow which is cast over sex. Sex seeks pleasure, but since it assumes that this life is all, every pleasure is seasoned not only with a diminishing return, but also with the thought that death will end pleasure forever. Eros is Thanatos. Sex is Death.

If God exerts a gravitational pull on all souls, given the intense love of Our Lord for His Blessed Mother which descended, and the intense love of Mary for Her Lord which ascended, there is created a suspicion that love at this stage would be so great as `to pull the body with it.’ Given further an immunity from original sin, there would not be in the Body of Our Lady the dichotomy, tension, and opposition that exists in us between body and soul. If the distant moon moves all the surging tides of earth, then the love of Mary for Jesus and the love of Jesus for Mary should result in such an ecstasy as `to lift her out of this world.’

Love in its nature is an Ascension in Christ and an Assumption in Mary . . .

Life is the second philosophical pillar . . . Life is unitive; death is divisive. Goodness is the food of life, as evil is the food of death. Errant sex impulses are the symbol of the body’s division from God as a result of original sin. Death is the last stroke of that division . . .

The Immaculate Conception guarantees a highly integrated and unified life. The purity of such a life is threefold: a physical purity which is integrity of body; a mental purity without any desire for a division of love, which love of creatures apart from God would imply; and finally, a psychological purity which is immunity from the uprising of concupiscence, the sign and symbol of our weakness and diversity. This triple purity is the essence of the most highly unified creature whom this world has ever seen . . .

Shall she, as the garden in which grew the lily of divine sinlessness and the red rose of the passion of redemption, be delivered over to the weeds and be forgotten by the Heavenly Gardener? . . .

Neither would Omnipotence, Who tabernacled Himself within Mary, consent to see His fleshly home subjected to the dissolution of the tomb . . .

Mary always seems to be the Advent of what is in store for man. She anticipates Christ for nine months, as she bears Heaven within her; she anticipates His Passion at Cana, and His Church at Pentecost. Now, in the last great Doctrine of the Assumption, she anticipates heavenly glory, and the definition comes at a time when men think of it least. 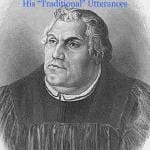 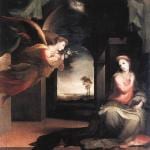 June 23, 2020 Marian Veneration: Reply to Evangelical Adrian Warnock
Recent Comments
0 | Leave a Comment
"And I wrote a counter-response:Dialogue on St. John Chrysostom & Sola Scriptura (Includes a Discussion ..."
Dave Armstrong St. John Chrysostom (d. 407) vs. ..."
"Wrote a response to this article: https://solideogloriaapolog..."
Matt Hedges Justification: NOT by Faith Alone, & ..."
"Wrote a response to this, particularly that you took Schaff out of context: https://solideogloriaapolog..."
Matt Hedges Church Fathers: Closer to Protestantism?
"Wrote a response: https://solideogloriaapolog..."
Matt Hedges St. John Chrysostom (d. 407) vs. ..."
Browse Our Archives
get the latest from
Biblical Evidence for Catholicism
Sign up for our newsletter
POPULAR AT PATHEOS Catholic
1