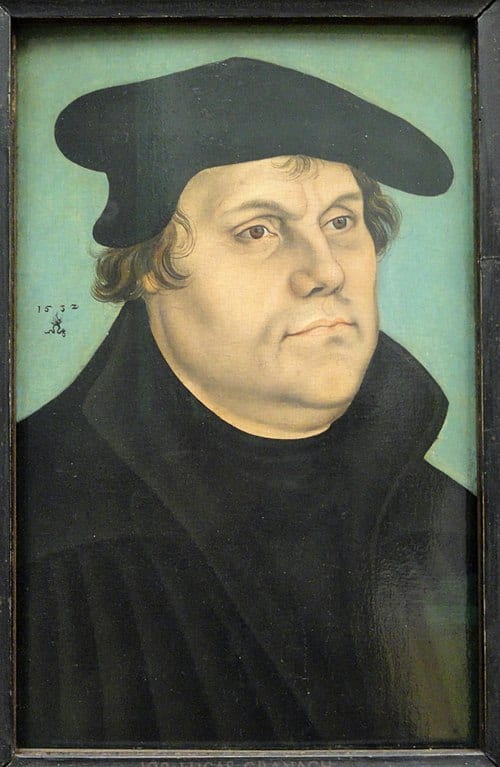 Luther described Catholics as “the devil’s whore-church” (Grisar, IV, 288) who “stuff our mouths with horse-dung” (Grisar, IV, 321), along with hundreds of other similar denigrations unworthy to repeat save for their tragi-comic and psychological value. Here are some of Luther’s typical descriptions of various Catholics:

Mad, bloodthirsty murderer, a blind and hardened donkey, who ought to be put to scratch for dung-beetles in the manure-heaps of the Papists. (Grisar, IV, 302; describing Hoogstraaten, a Cologne Dominican)

He sends to the Devil all who do not entirely agree with him. In all his fault-finding there is an immense amount of personal animosity, and very little that is friendly and paternal . . . Too many — are the preachers who have gathered out of Luther’s books quite a vocabulary of abuse, which they fire off from their pulpits . . . Through the evil example of such preachers the habit of reviling and slandering is spreading . . . and most clergymen nowadays who wish to appear good ‘evangelicals’ season their preaching with abuse and calumny. (Janssen, III, 211)

Johannes Janssen, History of the German People From the Close of the Middle Ages, 16 volumes, translated by A. M. Christie, St. Louis: B. Herder, 1910 (originally 1891).

August 14, 2020 "Black Lives Matter" Includes Blacks Murdered by Blacks
Recent Comments
0 | Leave a Comment
Browse Our Archives
get the latest from
Biblical Evidence for Catholicism
Sign up for our newsletter
POPULAR AT PATHEOS Catholic
1