Atheist JMS Pearce Sez His Combox Will Be Civil (Right!)

Atheist JMS Pearce Sez His Combox Will Be Civil (Right!) May 20, 2021 Dave Armstrong 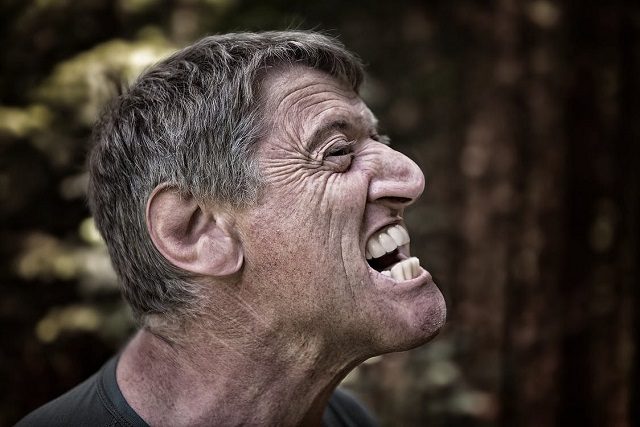 Jonathan MS Pearce is a prominent online atheist. He runs the blog called A Tippling Philosopher. I have had several dialogues with him, where he is perfectly civil. But his comboxes are a completely different story. Yesterday he put up a post where once again he called for civility in his comboxes. He wrote:

So it’s that time of the month where I am having to talk about commenting again. We have got to a situation where Bert [co-blogger on the site] is getting a little bit frustrated (and that is probably understating it a good deal), and I am even receiving a couple of unsolicited messages about it from randoms. . . . The comment threads here are active. And that is great. But they could be more productive and civil.

I would like polite and civil discourse. But I would also like high-level discourse. And this is where the tension arises. We have two problems:

1) That which is said in the first place.

So, what am I asking? Please please simply deal with the ideas and do no[t] attack the person. I am as guilty as the next person in this regard. Fellow skeptics – we should be convincing people to our frame of mind. If they are not ready, attacking their personality forcefully and without civility will not work in our favour.

There should be two courses of action:

If people are exhibiting trollish behaviour, think about what they are seeking – attention. Don’t give it to them. . . .

Anyway, over the next few months, I will be developing a new comments policy. I am going to think long and hard about how best to approach this. As with every moral scenario, it is all about the goal. What do I want? What do I want my gaff to be? What do I expect of my commenters and why?

In the meantime, let’s ALL think about the way we interact, who we are appealing to, who we think our audience is, and why we say what we say in the way we say it.

I hate to be a “wet blanket” over against a worthy cause, but I replied there:

Too little too late for someone like me, who has already become completely fed up with not just the double standards in moderation of this forum, but those of all atheist forums I have ever seen (and, to be fair, almost all Christian forums, too; this is a problem of nonexistent or inherently flawed moderation across the board).

Jonathan had said that he was happy I and other Christians were here, so it wouldn’t be an echo chamber. A few other people (amidst the general clamor, stench, and din) said that I offered a few things of substance now and then, too.

I do commend him for at least seeking a higher (albeit ethically rudimentary or elementary ) ideal, but I don’t believe it’ll ever happen in fact. Atheists simply have too much hostility towards Christians. If they aren’t allowed to express that, soon this won’t be an “echo chamber”, but rather, a ghost town.

Many Christians have had it with ubiquitous atheist verbal diarrhea. I ain’t alone, believe me. Any atheist who actually wants discussion with theists and Christians will soon have to seek it almost exclusively on our sites (I predict).

Now people can blast me as a hypocrite since I already said I had left. Go ahead. Ignore Jonathan’s advice. This is simply an exception (so don’t try to interact with me). I have been trying to have a discussion with atheists for far too long (though there were a few here who could actually sustain an amiable and rational discussion, as I have happily acknowledged), so — patience exhausted — I have now moved on to other areas of my apologetics (and there are many).

Best wishes in trying to find educated Christians (able to engage in real and substantive dialogue), who are willing to endure the ridiculous nonsense that always ensues within minutes. But I suppose you can always find masochists and contentious folks who actually enjoy ludicrous exchanges.

There are atheists who have become fed up with all the incessant mudslinging and lack of substance, too. I mentioned two of them in articles below. One who goes by the nickname “DagoodS”: a worthy opponent with whom I have had several dialogues and met in person as well, gave up on these discussions, just as I have, for the same reason. He wrote:

I still review some theistic discussions and websites, although I very, very rarely post, and even then, it quickly fades to nothing. . . .

I stopped arguing because I became bored. It was interesting for a while, and I had a huge passion for it. . . .
*
[T]he internet became a cesspool of vicious war where it was no longer sufficient to have the best argument; you MUST call the enemy (and every person who disagrees in the slightest is an enemy), every name conceivable, the worst vermin who ever lived, and the most idiotic person walking the face of the earth. It is not enough to disagree-you must destroy. . . .
*
So I have moved on from the internet. Still enjoy lurking and keeping up to date. Still read the memes and the pithy snopes-debunked quotes on Facebook or twitter. But I stay out. . . .
*
Why I have disappeared from internet Christian debates? Because I am busy pursuing other interests with my wife, my family, my friends and my life. (2-27-18)

Of course, he is talking mainly about how Christians treated him. I never denied that many Christians online act like morons and jerks (especially to atheists and leftists). That’s why I already stated above that Christian comboxes are almost as bad as atheist ones, and I rarely visit them, either. Both sides have to realize that the unethical behavior is a disgrace, and to cease doing it. Where DagoodS and I fully agree, as an atheist and a Christian apologist, is that one ought to simply be able to have normal discussions, without the rancor and (as he put it) “cesspool of vicious war.”

It didn’t happen on Jonathan’s blog. I had hoped beyond hope that it could and would. Now Jonathan’s blog partner Bert has had enough of it. I think atheists would do well to learn from my experience and now my decision to leave and cease attempting dialogue with atheists (at least for some time if not indefinitely), and also the report of a thoughtful, articulate atheist like DagoodS. I think Jonathan truly does desire good discussion to occur. But it never will without a “no tolerance for B $” moderation policy. Take it for what it’s worth . . .

“DagoodS” made the move from anti-theist atheist (always trying to prove us wrong and show how silly we supposedly are) to what might be called a “pro-active atheist.” I highly commend him for that, as far as it goes. Rather than concentrating on the negative, he is simply living (and enjoying) his life as an atheist and letting Christians live theirs.
I respect that. Me: I have sought to find common ground with atheists: to be ecumenical: to show that we are not anti-science and anti-reason or anti-evidence and that we have many of the same basic human goals as atheists do. It hasn’t worked (the hostility and massive misunderstandings are too great), and I am left hyper-frustrated and disgusted yet again. When idealism dies it’s an ugly and very sad thing.
*

Summary: JMS Pearce is one of many atheists who have claimed that their comboxes will be civil and free of [innumerable] insults. My reply: this virtually never happens, and it won’t this time, either. 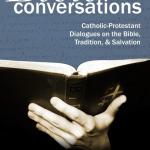 May 19, 2021
Reply to Two Confessions: On the Church & Private Judgment
Next Post 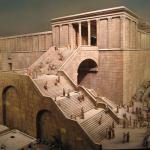