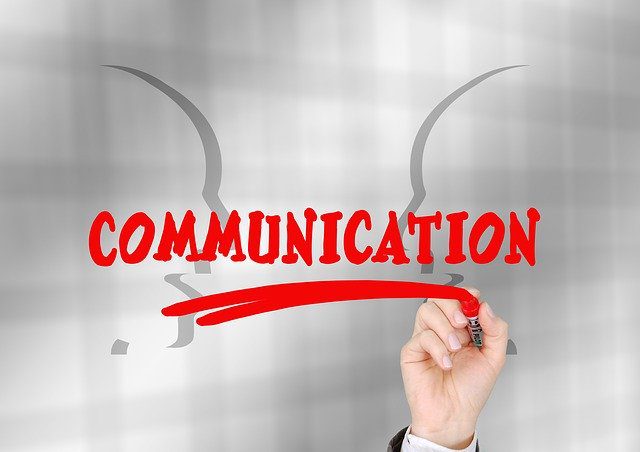 Do I Think Popes Can Never be Criticized for Any Reason? Nope. (I Respectfully Criticize the Prudence of Pope Francis’ Repeated Interviews with an Atheist Who Lies About Him [Eugenio Scalfari]) [3-31-18]

My position, which has been utterly consistent throughout my 30 years as a Catholic, is that there are legitimate times to criticize popes, but under very specific and rare circumstances. My view was perhaps best summarized in this statement of mine from a paper on the topic in 2000:

My point is not that a pope can never be rebuked, nor that they could never be “bad” (a ludicrous opinion), but that an instance of rebuking them ought to be quite rare, exercised with the greatest prudence, and preferably by one who has some significant credentials, which is why I mentioned saints. Many make their excoriating judgments of popes as if they had no more importance or gravity than reeling off a laundry or grocery list.

My position is that popes should be accorded the proper respect of their office and criticized rarely, by the right people, in the right spirit, preferably in private Catholic venues, and for the right (and super-important) reasons. Virtually none of those characteristics hold for most of the people moaning about the pope day and night these days.

I’ve lived to see an age where an orthodox Catholic apologist defending the pope (for the right reasons) is regarded as some sort of novelty or alien from another galaxy. Truth is stranger than fiction!

Being classified as an ultramontanist is almost a boilerplate response from critics of a given pope. It’s very common to reply to defenses of a pope or papal authority by making out that one supposedly agrees with absolutely everything he says or does, or that his color of socks or what side of bed he gets out on or his favorite ice cream flavor are magisterial matters. It’s untrue in my case. This has never been my position, as I’ve explained many times.

Now that that is out of the way, I would like to highlight some remarks that Pope Francis made, where he confirms my position that there is a time and a place for criticism of a pope, if done in the right way and in the right spirit.

The first example was published in Rorate Caeli: one of the most extreme reactionary venues, that opposed Pope Francis on the very day he took office, on the basis of the report of a person who was a Holocaust denier. But — credit where due — even this website was fair-minded enough to publish the article, “Pope personally calls Traditional Catholic writer, says he considers it important to be criticized” (11-17-13). I cite it:

“Yes, it’s true. I received the telephone call by the Pope. It happened two weeks ago, November 1st, All Saints. But I naturally kept it to myself. No one was supposed to have known it, it was a conversation of an absolutely private nature. But considering that the [news] agencies have mentioned it…”
*
Mario Palmaro, the Italian traditional Catholic writer and journalist who has authored many books and articles together with his friend Alessandro Gnocchi (many of which have been posted in translation here on Rorate) told Italian daily Libero about the fact. In September and October, after a very critical article published in Il Foglio, Palmaro and Gnocchi were summarily fired by Catholic broadcaster Radio Maria after several years of work in the station. . . .

*
“Pope Francis told me that he was very close to me, having learned of my health condition, of my grave illness, and I clearly noticed his deep empathy, the attention for a person as such, beyond ideas and opinions, while I live through a time of trial and suffering.”
*
“I was astonished, amazed, above all moved: for me, as a Catholic, that which I was experiencing was one of the most beautiful experiences in my life. But I felt the duty to remind the Pope that I, together wih Gnocchi, had expressed specific criticisms regarding his work, while I renewed my total fidelity [to him] as a son of the Church. The Pope almost did not let me finish the sentence, saying that he had understood that those criticisms had been made with love, and how important it had been for him to receive them.” [These words] “comforted me greatly.”

More evidence that this is the view of Pope Francis comes from an in-flight press conference, dated 9-10-19, published by Vatican News. Here are the pope’s own words, in answer to a question:

[Question] On the flight to Maputo you acknowledged being under attack by a segment of the American Church. Obviously, there is strong criticism from some bishops and cardinals, there are Catholic Television stations and American websites that are very critical. And there are even some of your closest allies who have spoken of a plot against you. Is there something that these critics do not understand about your pontificate? Is there something that you have learned from your critics? . . .
*
[Pope Francis] First of all, criticism always helps, always. When someone receives criticism, that person needs to do a self-critique right away and say: is this true or not? To what point? And I always benefit from criticism. Sometimes it makes you angry…. But there are advantages. Traveling to Maputo, one of you gave me that book in French on how the Americans want to change the Pope. I knew about that book, but I had not read it. Criticisms are not coming only from the Americans, they are coming a bit from everywhere, even from the Curia. At least those that say them have the benefit of the honesty of having said them. I do not like it when criticism stays under the table: they smile at you, letting you see their teeth and then they stab you in the back. That is not fair; it is not human.
*
Criticism is a component in construction, and if your criticism is unjust, be prepared to receive a response, and get into dialogue, and arrive to the right conclusion. This is the dynamic of true criticism. The criticism of the arsenic pills, instead, of which we were speaking regarding the article that I gave to Msgr Rueda, it’s like throwing the stone and then hiding your hand… This is not beneficial, it is no help. It helps small cliques, who do not want to hear the response to their criticism. Instead, fair criticism – I think thus and so – is open to a response. This is constructive. Regarding the case of the Pope: I don’t like this aspect of the Pope, I criticize him, I speak about him, I write an article and ask him to respond, this is fair. To criticize without wanting to hear a response and without getting into dialogue is not to have the good of the Church at heart, it is chasing after a fixed idea, to change the Pope or to create a schism. This is clear: a fair criticism is always well received, at least by me. . . .

Let’s get this clear, then: the pope does not think that he or any pope can never be criticized. I fully agree with him, as I have made clear now for the 1,783rd time. The next question usually is: “why, then, doesn’t he respond to the dubia and all the questions about some of his controversial teachings?” I would guess that it is because he feels they are not produced with the right spirit; that is, not for the sake of dialogue and constructive criticism, but simply to condemn. It’s a matter of discernment. In such cases, he takes the approach of silence, as Dr. Pedro Gabriel has discussed in two very important articles:
*
Silence according to Pope Francis (Where Peter Is, 12-5-18)
*
Silence: the shield against Suspicious Man (Where Peter Is, 12-10-18)
*
It was the same with Jesus. When He knew (since He didn’t have to perceive, knowing everything!) that people weren’t interested in dialogue and truth, He would often refuse to answer their questions (Lk 20:1-8), or deliberately speak in parables that He knew they would neither understand nor receive (Mt 13:10-16). But with His disciples, He would explain the parables and talk with them all night, explaining things they didn’t understand: such as with the two disciples on the road to Emmaus (Lk 24:27).
*
The pope has the prerogative to do the same thing. It’s not difficult to perceive when folks aren’t interested in hearing his side of things, and only want to tear down his authority and him, personally (which is currently happening again on a massive basis, in the frequently hysterical, over-the-top reactions to Traditionis custodes). His approach was thoroughly vindicated in the case of Abp. Vigano, who has become increasingly fanatical and even wacky as time goes on, entering into goofy, crazy conspiracy theories and all sorts of wild speculations. The pope apparently knew this was coming, and has simply let him destroy his own credibility. It’s so bad that orthodox theologian Robert Fastiggi publicly asked whether Abp. Vigano was in schism. A strong case for that can certainly be made from his own words.
*
Likewise, I think the pope may take the approach of silence again in the current situation. I think it’s likely. Time will show how many Tridentine Masses and communities are actually shut down. Some will be because there is indeed a problem of quasi-schism and unCatholic views. But I highly suspect that the fears are far greater than what will be the actual reality. Time will tell. But time (almost certainly, in my opinion) will prove that the “suppression” (which is in fact, a reform) will be far, far less than the present hysterical and fearful estimates of what folks believe it will be.
*
***
*
Photo credit: geralt (1-31-17) [Pixabay / Pixabay License]
*
***
*
Summary: Pope Francis believes (and I believe: since I am so often lied about in this respect), that popes can be RESPECTFULLY criticized. It’s the massive lack of respect that is objected to.
Previous Post 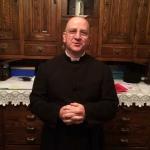 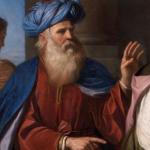