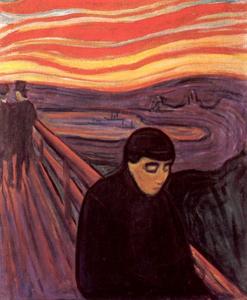 The last two papers were devoted to seeing how many dioceses actually shut down or limited the TLN [Traditional Latin Mass / Tridentine Mass / “extraordinary form”].

There is a website that helps us keep track of these things. We now know of data from 243 dioceses around the world, though there are 3,160 Catholic ecclesiastical jurisdictions worldwide. This means that we only have “results” from 7.7% of the world’s dioceses and other jurisdictions. 92.3% of them have (presumably) not issued statements on this question. In light of that, the figures are (so far) even more overwhelmingly in favor of the status quo (in terms of actual numbers thus far of TLM shutdowns) since Pope Benedict XVI’s Summorum Pontificum in 2007: allowing far more latitude for the Old Mass to be celebrated.

That’s the sky falling down? Now, granted, we only have reports yay or nay from 7.7% of all jurisdictions and 7.9% of all dioceses, but according to the science of polling, this is not insignificant, and gives a good indication of the way things will proceed going forward. The present figures also show that in 36 dioceses, “some” TLMs are suppressed. That is 1.14% of all jurisdictions and 0.12% of all dioceses. Thus, the total tallies are:

Therefore, as of current statistics, 98.1% of jurisdictions 97.9% of dioceses have no reports of any regulation whatsoever of the TLM.

Restriction to Known Cases (where regions have decided yay or nay or “some”):

Therefore, in the 243 known cases, 75% of dioceses have no regulation whatsoever (no change) and 85.2% are allowing TLMs either fully or with regulation (some shut down)

And so I ask again: how is that the sky falling down and/or some supposed wicked, pope-led conspiracy to totally suppress the TLM (as was so confidently and gloomingly proclaimed last July)? So far it clearly is not either thing. But the hysterical and tin foil hat factions will likely hold on to their cynical view that a year’s time will prove their suspicions to have been accurate. We’ll see, won’t we?! Time will tell. Proof’s in the pudding. So far, the sky is still very much with us.

And I’ll be watching; wearing my “religious sociologist” hat.

Practical Matters: Perhaps some of my 3,850+ free online articles (the most comprehensive “one-stop” Catholic apologetics site) or 50 books have helped you (by God’s grace) to decide to become Catholic or to return to the Church, or better understand some doctrines and why we believe them. Or you may believe my work is worthy to support for the purpose of apologetics and evangelism in general. If so, please seriously consider a much-needed financial contribution. I’m always in need of more funds (and am in no danger of cracking the Fortune 500). 1 December 2021 will be my 20th anniversary as a full-time Catholic apologist, and February 2022, the 25th anniversary of my blog.
*
PayPal donations are the easiest: just send to my email address: apologistdave@gmail.com. “Catholic Used Book Service” (in conjunction with my address on PayPal) is my old side-business. To learn about the different methods of contributing, including 100% tax deduction, etc., see my page: About Catholic Apologist Dave Armstrong / Donation Information. Thanks a million from the bottom of my heart!
*** 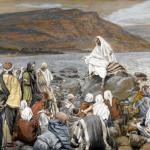 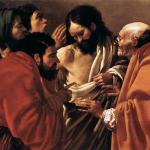 November 18, 2021 Refuting Jason Engwer's "Real Absence" Argument
Recent Comments
0 | Leave a Comment
"Great news."
Tom Hanson Archaeology & a Proto-Hebrew Language in ..."
"A very straightforward critique of the evidence presented for an airburst in the “fantastically detailed” ..."
Jeremiah Sodom Obliterated
"Cool!"
Dave Armstrong How Do Atheists Define an Alleged ..."
"Howdy! Yes, actually, I am! I'm working on a big publication at the moment *and* ..."
axelbeingcivil How Do Atheists Define an Alleged ..."
Browse Our Archives
Related posts from Biblical Evidence for Catholicism