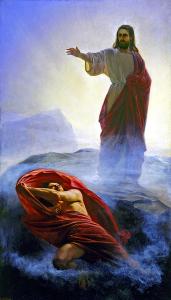 This came from an exchange with an atheist in the combox of Jonathan MS Pearce’s article, “Why Matthew’s guards at Jesus’ tomb are so important” (1-27-22). The atheist’s words will be in blue.

I’ve always had problems with so many bible passages that purport to document what happened either in secret or at least unobserved. Jesus praying, for example. It seems unlikely he issued a press release containing the words he used to commune with God.
*

1. Jesus tells a disciple the content of what He prayed.
*
2. Said disciple includes it in his Gospel.

*
Or Jesus talking with the Devil: I assume this wasn’t done on a stage, with tickets sold to spectators. So who was there to listen and take shorthand?
*

1. Jesus tells a disciple the content of what He talked about with the devil.
*
2. Said disciple includes it in his Gospel.

*
A variation of this would or could be:
*

1. Jesus tells a disciple the content of what He prayed / talked about with the devil.
*
2. Said disciple spreads this information as part of oral tradition and/or possibly the mysterious source “Q”.
*
3. The information later becomes incorporated into one or more of the four Gospels.
*

Not really rocket science there. Jesus was with these disciples for three years day and night. They talked for multiple thousands of hours.
*
It’s also supernaturally inspired revelation: not your usual type of literature; so it’s always possible that the writer could receive a direct revelation from God regarding a specific thing.
*
But most Christians believe that almost all Scripture was not originated in that way. They simply wrote, and God guided and protected them from writing error.
*
Yes, it’s a belief in faith (as all people in effect have, including atheists, who accept — and must accept to think and communicate — many unproven axioms).
*
Seems about as likely as the press release. Do the gospels agree that Jesus appointed a secretary?
*
Yeah, real unlikely and implausible [heavy sarcasm]. He was with them day and night for three years. Lots of talking, teaching, communicating. It’s common sense. There is no mystery here.
*
In fact, we even have a passage where Jesus revealed that He was praying for one of His disciples, and exactly what He was praying for:
*

Luke 22:32 (RSV) “but I have prayed for you [Peter] that your faith may not fail; and when you have turned again, strengthen your brethren.”

John 17:7-9 Now they know that everything that thou hast given me is from thee; [8] for I have given them the words which thou gavest me, and they have received them and know in truth that I came from thee; and they have believed that thou didst send me. [9] I am praying for them; I am not praying for the world but for those whom thou hast given me, for they are thine;
*

Etc.
*
This [Lk 22:32] reads as if the author of Luke witnessed the conversation between Jesus and Peter, in which Jesus relates what he has done (“I have prayed for you…”), whereas the Jesus/Devil conversations are reported as if the writer witnessed the conversation directly. I don’t see how this inconsistency (along with others) can be taken literally, as they make the whole narrative seem more like a series of supposedly salutary fables.
*
Luke wasn’t one of the twelve disciples, so he would have had to hear this report from Peter himself (which was entirely possible) or from one of the other ten disciples (minus fallen disciple Judas). Or he got wind of a dependable oral tradition that came from Jesus and/or one or more of the eleven. We know this was precisely his methodology:
*

Luke 1:1-4 Inasmuch as many have undertaken to compile a narrative of the things which have been accomplished among us, [2] just as they were delivered to us by those who from the beginning were eyewitnesses and ministers of the word, [3] it seemed good to me also, having followed all things closely for some time past, to write an orderly account for you, most excellent The-oph’ilus, [4] that you may know the truth concerning the things of which you have been informed.

*
Again, nothing is in the least implausible in any of this . . . Yet you tried to make it a skeptical talking-point against the Bible.
*
The Jesus vs. the devil dialogue is written from the perspective of the narrator of the book. Since no one was there, it had to initially come either from a report by Jesus or from direct revelation by God. I always accept a natural / common sense explanation before I believe it was a supernatural event.
*
Why anyone would think it was impossible or [a lesser claim] implausible for Jesus to have simply told one or more of His followers what happened during the exchanges with the devil is beyond me.
*
It would surely have added much-needed verisimilitude to the account if the author had written something to the effect of, “Jesus related to me/us that he had a conversation with Satan, as follows….” Given the apparent purpose of the account in the first place, it’s extremely puzzling that the writer didn’t do this. Leaving readers plenty of room to doubt the narrative’s veracity seems highly counter-productive.
*
There’s no need to; no “puzzle” at all. Most folks who aren’t already hostile and predisposed to be cynical to the text, could figure out exactly what I explained. It’s not difficult.
*
We know that Jesus massively taught His disciples (“privately to his own disciples he explained everything”: Mk 4:34), and lived with them 24/7 for three years.
*
This line of thinking is as fundamentally silly as when some atheist asked, “how could Christians know that Mary gave birth as a virgin?” Well (Duh!), she told them! Boy, there’s another tortuous question that is so difficult to resolve . . . [heavy sarcasm]
*
Similarly, St. Paul gives a public account of his conversion story (Acts 22:6-16), which was included in Scripture in a narrative form (Acts 9:1-19).
*
I agree that it would sound plausible to those who already accept the narrative as true. They’d probably be perfectly happy with the virgin-birth miracle claim too.
*

We regard the New Testament as a trustworthy document because it has been proven zillions of times by archaeology to be historically accurate in details. So we can trust it in places that don’t have express historical evidences in its favor.

It’s the same manner in which we trust the demonstrably credible, reliable witness in a court trial. There’s lots of other ancient literature that has supernatural or very odd elements that isn’t dismissed just because of that. Thus, this “standard” isn’t applied by atheists across the board.

We need to have a fair approach to ancient authors. We give them the benefit of the doubt that they are sincere and of good will, unless we have compelling evidence otherwise. Atheists offer no compelling reason or evidence for regarding the Gospel writers as deliberate deceivers or liars. For example, we might consider the Greek historian Herodotus. Wikipedia states about him:

Herodotus (c. 484 – c. 425 BC) was an ancient Greek writer, geographer, and historian . . . known for having written the Histories – a detailed account of the Greco-Persian Wars. Herodotus was the first writer to do systematic investigation of historical events. He is referred to as “The Father of History”, a title conferred on him by the ancient Roman orator Cicero.

The Histories primarily covers the lives of prominent kings and famous battles such as Marathon, Thermopylae, Artemisium, Salamis, Plataea, and Mycale. His work deviates from the main topics to provide cultural, ethnographical, geographical, and historiographical background that forms an essential part of the narrative and provides readers with a wellspring of additional information.

Herodotus has been criticized for his inclusion of “legends and fanciful accounts” in his work. Fellow historian Thucydides accused him of making up stories for entertainment. However, Herodotus explained that he reported what he “saw and [what was] told to him.” A sizable portion of the Histories has since been confirmed by modern historians and archaeologists.

Accordingly, we have an article in The Guardian: “Nile shipwreck discovery proves Herodotus right” (3-17-19).

Now, is his entire body of work discounted, and is he regarded as a wanton liar because he has some supernatural elements? No. What has been confirmed by archaeology and subsequent historiography is accepted, while atheists who don’t believe in the supernatural simply discount those sections.

Summary: An atheist brought up a point of puzzlement & curiosity to him: how is it that the Gospel writers can know of events, where no one else was present to witness them? 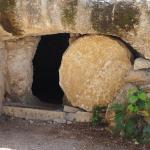