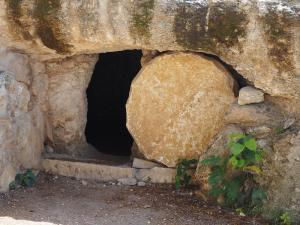 Atheist anti-theist Jonathan M. S. Pearce is the main writer on the blog, A Tippling Philosopher. His “About” page from his former site states: “Pearce is a philosopher, author, blogger, public speaker and teacher from Hampshire in the UK. He specialises in philosophy of religion, but likes to turn his hand to science, psychology, politics and anything involved in investigating reality.”

He has encouraged me to visit his site and offer critiques. Before he departed his former site at Patheos, he wrote under a post dated 12-14-21: “I even need to thank the naysayers. Some of them have put up with a lot of robust pushback and still they come. Bravery or stupidity – it’s a fine line. But they are committed, and there is something to be said for taking that commitment into the lion’s den. Dave, you are welcome at my new place. Come challenge me. All the best to you and thanks for your critiques of my pieces. Sorry I couldn’t get to more of them.”

Again, at his new site (under a post dated 1-27-22), after a vicious attack by a commenter, calling for me and indeed all Christians to be banned, Jonathan offered an honorable and principled refusal: “I do welcome disagreements because I don’t want [my blog] to [be] just an echo chamber. As long as it is good faith . . . someone like Armstrong does give me ammunition for some of my pieces! As long as they aren’t trollish.”

His words below will be in blue.

This is a reply to one statement in his post, “Why Matthew’s guards at Jesus’ tomb are so important” (1-27-22), and some related earlier comments.

Paul says absolutely nothing about the Empty Tomb even though he would have had good reason to do so.

Acts 13:29-31 [RSV] [Paul preaching: see 13:16] And when they had fulfilled all that was written of him, they took him down from the tree, and laid him in a tomb. [30] But God raised him from the dead; [31] and for many days he appeared to those who came up with him from Galilee to Jerusalem, who are now his witnesses to the people.

4. In order to appear to His disciples, He obviously had to depart the tomb.

5. Therefore, the tomb (His tomb) was empty, and Paul taught this, contrary to what Jonathan claimed.

Paul also stated three times that Jesus (by analogy to us in baptism) was “buried” (i.e., in a tomb, which is how they do it in Israel) and then raised again (thus implying — by simple logic — the empty tomb):

Romans 6:4-5 We were buried therefore with him by baptism into death, so that as Christ was raised from the dead by the glory of the Father, we too might walk in newness of life. [5] For if we have been united with him in a death like his, we shall certainly be united with him in a resurrection like his.

1 Corinthians 15:3-7 For I delivered to you as of first importance what I also received, that Christ died for our sins in accordance with the scriptures, [4] that he was buried, that he was raised on the third day in accordance with the scriptures, [5] and that he appeared to Cephas, then to the twelve. [6] Then he appeared to more than five hundred brethren at one time, most of whom are still alive, though some have fallen asleep. [7] Then he appeared to James, then to all the apostles.

Colossians 2:12 and you were buried with him in baptism, in which you were also raised with him through faith in the working of God, who raised him from the dead.

So that is four times that Paul referred to the risen Jesus departing from His tomb (which then became “empty”), whereas Jonathan claimed “Paul says absolutely nothing about the Empty Tomb.”

Paul just said “buried” which is ambiguous; It could have been an earth burial, or burial in a tomb or communal mausoleum.

It is generally agreed that Paul was the earliest writer in the NT (c. 50 CE, approx 20 years after the crucifixion). Paul has no mention of an empty tomb; Just Jesus was “buried”.

Paul never mentions a tomb, just saying Jesus was “buried” which is an ambiguous term (could be earth grave or tomb).

The phrase “he was buried” is ambiguous, and does not necessarily imply an entombment.

[T]he Gospels, . . . argue against Paul for a re-animated corpse resurrection. Of course, Paul’s claims from 1 Corinthians and elsewhere explain why he doesn’t mention an empty tomb anywhere – because there would be no empty tomb as the earthly body would remain in situ. The Gospels fundamentally contradict Paul precisely because they are an overt counter-argument against Paul’s theology . . .

Lots of revising to do! I’m sure Jonathan wouldn’t want to promulgate demonstrably false claims.

Um. Where is there mention of an empty tomb?

A criminal, especially one accused of the highest form of crime as Jesus was, would never have been afforded an honourable burial in a tomb given that this was against Jewish law since the criminal could not be buried next to the righteous. I assume you must know all of this, of course. If not, don’t be afraid to read my book on the subject.

Now you move onto quibbling about Jesus in a tomb. I already dealt with this issue at length:

Pearce’s Potshots #52: No Tomb for Jesus? (Skeptical Fairy Tales and Fables vs. the Physical Corroborating Evidence of Archaeology in Jerusalem) [11-10-21]

Wow, you are being willfully disingenuous. Please show me where Paul mentions the empty tomb or any of the narrative the gospels include about the empty tomb. You are being really dishonest here and skating close to the mark.

Contributor Lex Lata joined in the discussion in the combox:

Now Acts (a book Paul did not write) 13:29 does quote Paul as preaching that “ἔθηκαν εἰς μνημεῖον”—“they placed [JC] in a tomb”—before he was raised from the dead and seen by many. Putting aside the creative license we know authors of antiquity routinely and understandably employed when transcribing purported speeches, let’s assume Paul did in fact refer to entombment. Acts 13 is still devoid of the various and varying Empty Tomb details we see in the three Gospels that contain them.

Acts 13:31 (RSV) has a little detail: “for many days he appeared to those who came up with him from Galilee to Jerusalem, who are now his witnesses to the people.”

The “more than five hundred” aspect is not found in the Gospels, so he has added something to the narrative.

Paul is under no moral, logical, or “literary” obligation to replicate all that the Gospels have about the empty tomb. They already covered that. Paul did mostly systematic theology, not recounting of events.

Knocking him for that is yet more of the silly argument from silence. I say that Paul stated pretty much what he should have been expected to say, given his purpose in his writing. The epistles were written for theological instruction and exhortation, not to reiterate the facts of the life of Jesus that Christians were already well familiar with. 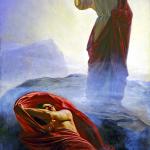 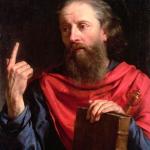