(Two) Year in Review: Women, Baptists, and Science, Oh My!

Inspired by Chris’s excellent annual overviews of the themes in our blogging, I decided to look back over my own posts. I have been privileged to be a part of this merry band of bloggers since Summer 2019 and I’ve published around 30 posts. The start of a new year seemed like a good time to take stock of what it is that I seem to care about:

1. Women in the American Church

This one comes as no surprise because I am a historian of American gender and religion. And it is in keeping with Chris’s observation that this topic dominated the roster in 2021, a phenomenon driven even more by Beth and Kristin. Like my colleagues, my posts here display a fair amount of range. They include single women in the church, how women’s ministry used to be different, Black Christian women’s voting activism, the religious commitments of American suffragists, and several reviews of books about women in American Christianity.

2. Specifically, bringing more precision and subtlety into discussions on the theology of gender

Call this one my theological hat version of the previous historical hat topic. (I hold a seminary MA as well as a history PhD.) My first Anxious Bench post was on this subject, because it is near and dear to my heart. Others of my favorite posts in this vein include advocating for the theological education of lay women and pointing out some unanswered questions for both the complementarian and egalitarian positions as they are commonly articulated today. Also relevant was an analysis of the challenges of male-female friendships in the church. (This was my favorite blog title so far: “When Harry Met Sally at Church.”) Overall, I am interested in thinking about gender theology in a way that wrestles seriously with the implications of gender difference without forcing men and women into the boxes too common in some sectors of American evangelicalism.

3. Race in the Church

As an American religious historian practicing in our current culture, this one also comes as no surprise. My top viewed post ever was what I hope is a nuanced and gracious defense of the compatibility of racial justice advocacy with orthodox Christian faith. I wouldn’t have it any other way. Other posts in this vein have explored how the pandemic helped me better understand the experiences of Black Americans and what I learned from one of the history book I used in the classroom about how to break down prejudice between racial groups.

4. Denominations I Don’t Belong To

I seem to have a weird fascination with writing about other people’s denominations. Most prominently, I wrote a four-post series this past summer on the Southern Baptist Convention: their debate over women’s roles, their impressive history of women’s involvement in foreign missions, their grappling with sex abuse within their midst, and how they demonstrated that good things can happen in American evangelicalism. One of the more popular posts I have ever written, though, was on the question of whether the United Methodist Church should split over same-sex marriage.

5. Denominations I Do Belong To

I officially made the switch to an Anglican church in late 2020, but some of my earlier blogging gave hints of my growing appreciation for liturgical worship. I wrote about an assignment I do with my graduate students on developing a rule of life, which is adapted from Anglican spirituality. Several times I called attention to the inspiring writing of Anglican priests Tish Harrison Warren and Esau McCaulley. And my most recent post reflected on what I appreciate about the liturgical season of Advent, drawing on Episcopal priest Fleming Rutledge.

6. The History of Science

One of these things is not like the other… A not super well-known fact about me is that I started college as an astrophysics major. Then I became an undergrad history of science major. This interest pops up from time to time. It particularly manifests as a fascination with the atom bomb (here, here, and here!). I honestly don’t know why this is. Perhaps all those post-apocalyptic fiction books I was assigned in middle school?

I mean, like everyone else, right? But I had a particular passion because, as I wrote multiple times, I am extroverted germaphobe who lives alone. So the whole experience has been rather technicolor. I believe my most popular post here was on the modern application of C.S. Lewis’s famous Learning in War-Time sermon, but my favorite was my greater realization of how systemic injustice functions when faced with resistance to masks.

Also not a surprise as I am a Christian historian of higher education. I have written on how religious history can inform contemporary higher education, hosted a graduate student’s guest post on the history of college chapel, and waded into debates about evangelical elites by analyzing the breadth of what constitutes “Christian scholarship.”

I want to launch this new year by concluding with a post I referenced briefly earlier: “Eucatastrophe in American Evangelicalism.” Here I focus on the fact that surprising, good things do happen in American Christianity and there is always grounds for hope for better things to come because Christians believe in a resurrected Savior. Happy New Year! 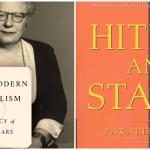 January 4, 2022
Why Do Christians Read (and Write) Biographies?
Next Post 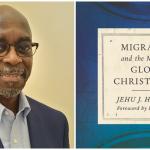 January 6, 2022 Immigration and the American Church: A Remix
Recent Comments
0 | Leave a Comment
"Informative and interesting. Thank you. This raises questions about the term Protestant Reformation."
the old scribe How the English Reformation was Named: ..."
"Thank you for the insights. As you pointed out, technology has been a two edged ..."
the old scribe Is Religion Naturally Averse to Technology?
"I suppose the question is whether or not the Holy Spirit could use technology to ..."
Nimblewill Is Religion Naturally Averse to Technology?
"What a great post, Allie! Insightful and eloquent."
Ansley Every Day People in Every Day ..."
Browse Our Archives
Related posts from Anxious Bench