Catholics: “SO Dogmatic About the Perpetual Virginity of Mary!” 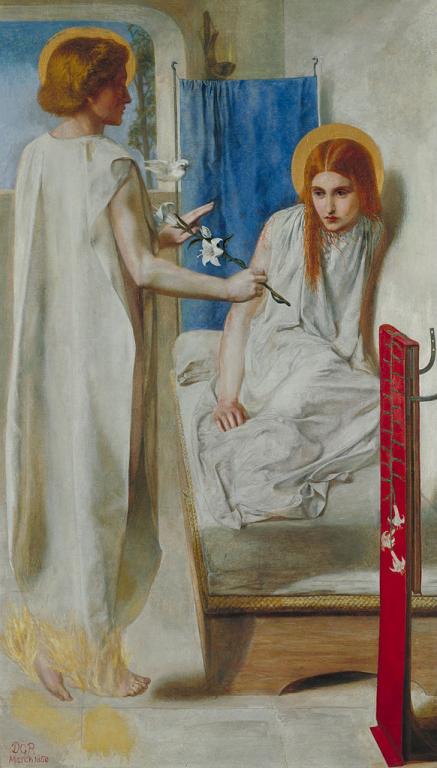 From discussion on the Coming Home Network forum. The woman whose words are in blue is married to a Lutheran, who has a hard time accepting many Catholic beliefs.

Dave Armstrong, I just read your article about this, the one in which you gave an apologetic argument to some Protestants on this topic. You mentioned in there that this dogma is not “necessary” but is “fitting.”

I wanted to make it clear (lest there was any misunderstanding of this) that I don’t mean “unnecessary” in terms of “non-dogmatic.” It is required belief for Catholics. Rather, I meant “unnecessary” in terms of a scenario where God could have done otherwise (even the Incarnation, I believe, falls into this category). Other things in theology are necessary, such as, e.g., that God could never have sinned, or could never not exist, etc.

Certainly he [her husband] must know, at least, that Martin Luther himself firmly accepted the perpetual virginity of Mary, so it can’t be that far off, or considered as merely a “Catholic” thing. Many other Protestants have believed it up to our present day (and probably most of them until religious liberalism in the late 18th and early 19th centuries).

I’m curious why the physical integrity of the Blessed Mother during the birth of our Lord is important. I understand that in times past, virginity was equated with being physically intact in a certain way. But this sign of virginity isn’t always present or could become “not intact” in ways other than sexual activity (as I understand it, anyway). Is it because our Immaculately Conceived Mother would not have suffered the effects of the Fall as connected to Eve?

I think that would probably be the reasoning, yes.

If yes, what about those scholars of Sacred Scripture who understand the first chapters of Genesis as containing truth but not utter historical fact? I’m guessing that the consequences of the Fall as described count as truth?

The fall (including its consequences) was a real thing: that is not in dispute in Catholic dogmatic theology, and the NT data makes that abundantly clear. Indeed, with no fall, none of us would even need a Savior, and the crucifixion would become null and void. The gospel message would be a big non sequitur. How it came about may be presented in parabolic form (eating an apple, etc.)

If so, should our Lord not have worked (assuming he labored as a carpenter)? Or am I misunderstanding or focusing on the wrong ideas?

The main purpose of these doctrines (beyond the fact that they are simply true and factual) is to uphold the absolute uniqueness of Jesus Christ, by reiterating that His birth was unique, and His mother very special. That was the reason that she was proclaimed “Mother of God” (Theotokos), That wasn’t about her, it was about Him. Perpetual virginity is the same: so that people wouldn’t question the Virgin Birth. After all, if Mary had other children, then skeptics would question whether her firstborn was a miraculous birth.

Please forgive me if this has already been answered somewhere. I choose to give my assent to this dogma, but I’d love to clean up the mental compartment in which the information is stored. As far as Scripture understanding goes, I’ve gone from being taught “every word in the Bible is literally (literalistically speaking) true” to hearing that some stories in the Bible are cultural expressions without factual truth but, as inspired Scripture, bearing God’s truths.

As I understand it, a supernatural birth, in the sense that the very birth involved no pain or physiological process, etc. (without getting more explicit!) is not dogma, but the dogma is perpetual virginity before, during, and after childbirth.

Since there is no reason Jesus COULDN’T have come to us through a woman who later had other children/lost her virginity, and if there ISN’T solid concrete evidence to show that Mary really truly was ever-virgin (other than her words, “I know not man,” which isn’t a whole lot to go on), then why must the RCC insist upon it as binding on all the faithful?

There is a lot more evidence than that, as I documented in four lengthy papers, cited below. I think you should read those or something along the same lines, before concluding that there is no “solid concrete evidence.” There is quite a bit in Scripture and the early Church historical record. There is also the fact that the Fathers pretty much unanimously taught the doctrine. The earliest Protestants accepted it (Luther, Calvin, Zwingli, English “reformers”). Many solid Protestant scholars up to the present era accepted it. People like John Wesley did . . . Why was it such a strong tradition if there was nothing substantial behind it? This is something to ponder, as a curiosity (if one has any doubts about it).

God is able to communicate to His Church truths, even if they may not be absolutely explicit in Scripture, to a degree that many Protestants unbiblically demand (since Scripture itself never states that all doctrines must explicitly be contained in its pages, and that very notion is a tradition of man). Sola Scriptura isn’t in Scripture at all, but that doesn’t stop Protestants from adopting it as their formal principle of authority, does it? The canon of Scripture ain’t in Scripture.

It is Protestantism that has the severe internal difficulties, not Catholicism. Protestants arbitrarily (in the final analysis) pick and choose what they want to believe, despite how weakly these tenets are supported. They object to some of the Marian doctrines, on the grounds that they aren’t “biblical” at all, yet they turn around and accept something as utterly unbiblical as sola Scriptura. That’s an epistemological double standard. Bottom line: they don’t like certain doctrines simply because they are “Catholic.”

The Church makes things dogmatic because she is concerned about Catholics having certainty and not uncertainty. When things are believed by the vast majority of Christians throughout the centuries (including, in this instance, by Orthodox and Protestants), then they are proclaimed (under the guidance of the Holy Spirit) to be dogmas. Protestants do the same, but not to the extent that Catholics do. So the discussion is over a matter of degree.

That is the thing that drives my husband up the wall.

Obviously it would, because he thinks on the basis of Protestant presuppositions and principles, but these are logically circular and unbiblical. The Bible never teaches that all doctrines have to be explicitly taught in it. He’s a Lutheran. The founder of Lutheranism (Luther himself) believed in the Immaculate Conception, which is certainly not an explicitly biblical doctrine (but it is not contradictory to what is in Scripture at all).

He has no problem with the fact that Mary may very well HAVE BEEN ever-virgin. It just makes him nuts that the Church declares it to be true and insists everyone must accept it or be declared a heretic.

Well, I have news for him: his own tradition of Lutheranism does the same thing. The Lutheran Confessions are binding on Lutherans, and constitute their dogma (of course, Lutheran liberals thumb their nose at that, but that is another issue; this is what historical Lutheranism is). Here is what the Formula of Concord (1577) states:

On account of this personal union and communion of the natures, Mary, the most blessed Virgin, bore not a mere man, but, as the angel [Gabriel] testifies, such a man as is truly the Son of the most high God, who showed His divine majesty even in His mother’s womb, inasmuch as He was born of a virgin, with her virginity inviolate. Therefore she is truly the mother of God, and nevertheless remained a virgin.

I think it’s a beautiful teaching, and I do believe it. But I can see my husband’s point of view, as well.

He’s not even consistent with his own tradition. I think he needs to ask himself why that is. If he wants to rail against required dogma on this score, then he has to include Lutherans in it, as well as Catholics. Then he is against himself. And that is pretty silly, isn’t it?

The Augsburg Confession of 1530, written by Luther’s best friend and successor, Philip Melanchthon, refers to “the blessed virgin Mary” (Article III: The Son of God).

As I said before, he does not care whether Martin Luther believed it of Mary or not. It’s a matter of insisting people accept something as true that may or may not actually be true.

Okay; he doesn’t care about what Luther thought, and indeed that is perfectly acceptable, in the structure of Lutheran authority. But he is bound to what the official Lutheran confessions declare, if he claims to be an orthodox Lutheran.

I’m just wondering if there IS anything we know that shows it to be true.

I think there is quite a bit.

Or is it just one of those things a person has to struggle with and hopefully come to believe by faith?

I think it is a highly reasonable, plausible doctrine, when all the relevant factors are considered, which is why it has been the overwhelming consensus of all Christians throughout history. Now lots of Protestants and theological liberals of all stripes deny it, just like they deny many other traditional Christian doctrines. Don’t be taken in by them! Go with the Bible, the early Church, and unbroken Catholic tradition, Orthodox tradition, early Protestant tradition, and that of most Protestants till the last few hundred years.

The extra ironic twist in this (for the Lutheran husband referred to above) is that the Lutheran confessions also dogmatically affirm the perpetual virginity of Mary, as I have documented. It’s not just Catholic authority, then, that poses a problem for him in this regard: but the overwhelming consensus and authority of all Christian groups until the last few hundred years, when the Protestants caved on it.

In effect, then, he is choosing between theological liberalism, and orthodox Christian historical, received tradition. It’s a larger question than simply Catholic vs. Protestant or Catholic vs. Lutheran. It’s Catholic + Orthodox + historic Lutheranism + most other forms of historic Protestantism vs. Post-“Enlightenment” theological liberalism (that has infiltrated all these groups “on the ground”). 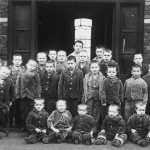 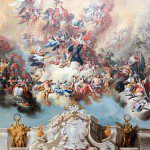 December 6, 2016 Does God Forbid ALL Contact with the Dead?
Recent Comments
0 | Leave a Comment
"It gets difficult "around the edges": like many things in theology. All we can do ..."
Dave Armstrong Calvinism: Tiny Minority Historically & Demographically
"That raises an interesting question: How do we count children regarding religion when they either ..."
Mike O'Leary Calvinism: Tiny Minority Historically & Demographically
"I Totally agree Calvinists are a minority. Their trick is they infiltrate every avenue to ..."
James Calvinism: Tiny Minority Historically & Demographically
"As I wrote in the paper:In several other instances, men are also bowed down to ..."
Dave Armstrong Bible on the Veneration of Angels ..."
Browse Our Archives
Related posts from Biblical Evidence for Catholicism