Was Luther in His Old Age in Agony & Bitter About Lutheranism?

Was Luther in His Old Age in Agony & Bitter About Lutheranism? October 12, 2017 Dave Armstrong 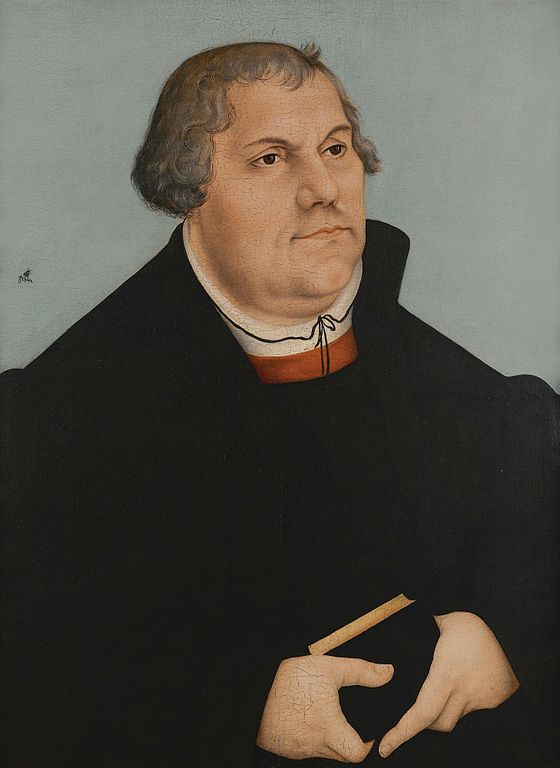 In my 2003 book, Protestantism: Critical Reflections of an Ecumenical Catholic, I described a set of quotations from Luther as evidences of Luther’s “Agony Over the State of Early Protestantism.” Fellow “reformers” Philip Melanchthon’s and Martin Bucer’s statements (in some ways even more explicit and specific) were also included in this appendix. Some anti-Catholic polemicists have lately been critiquing this. One such harsh and (as always) irrational critic is the inimitable “Turretinfan”:

With the appendix as named, Dave is conveying the idea that the quotations he provides support the thesis for which they are provided. . . . he misled the readers.

Dave may now regret that he didn’t do a more thorough job of researching some of the quotations in the appendix. He may well try to shift the blame to the secondary sources he relied on. Hopefully, at some point, he’ll just come out and say, “I didn’t carefully research the matter, and consequently ended up misrepresenting Luther.” . . . However, perhaps there is some reason that Dave is not interested in correct his research deficiencies of the past. (2-26-10)

Is it just me: the so-called “Catholic propagandist” or supposed “anti-Luther” zealot, or just partisan Catholic historians making this claim? Hardly (my blue highlighting throughout):

Personal disappointment and fears strengthened his conviction that he was living on the eve of the Last Judgment. Although he had never entertained much hope for the mass of sinful humanity, events from the mid-1520s onward still shocked and disappointed him. He was made particularly indignant by what he saw as widespread indifference and ingratitude toward the renewed Gospel. The “ingratitude of the Germans” is a complaint heard with increasing frequency as he moves through the last decade or so of his life. (Mark U. Edwards, Jr., Luther’s Last Battles, Minneapolis: Augsburg Fortress Publishers, 2004, p. 17)

In the late 1520s the Reformation movement had begun its transition from an ideological movement made up largely of committed individuals to an established institution embracing whole political entities. Luther had already experienced some of the inevitable disappointment and compromise that accompanies any attempt to translate theory into practice. He had also been challenged by the brutal realities of the Peasants’ War, the findings of the first visitations, and the rending of the Protestant ranks.

. . . in the intervening decade Luther had also experienced extreme frustration and disappointment about the progress of the Reformation movement. He expressed this disappointment through searing indictments of the ingratitude with which the Germans had responded to the restored gospel. He upbraided them for the “Epicurean” indifference and, what was worse, for their open blasphemy. Alongside his attack on the papal “abomination,” then, he added a condemnation of his contemporaries’s response to the gospel.

This change should not be attributed to Luther’s growing age or increased illness. In his grimmer moments, and in the articulations of his theology, he recognized that true Christians were rare, and that the great bulk of the population would remain fast in its sin despite the renewed preaching of the gospel. Yet at some level of his being, above or below his understanding as a theologian, he had apparently hoped for more than the actual course of events had provided. . . .

Luther was doomed to disappointment. And so as his hope for the progress of the gospel in this world, however faint, withered in the light of experience, he found solace in his hope for the Last Day. (Ibid., pp. 113-114)

The older Luther was a man who saw the world engaged in a metaphysical struggle between good and evil. He was a man gripped by apocalyptic hopes and fears; a man who had given his name to a movement that had taken, for him, a painful and frustrating direction. . . . opponents and circumstances, and even the action of allies and friends, disappointed his hopes and marred his efforts. Not infrequently, he found himself mired in petty disputes that brought neither him nor the movement any credit. He found himself misunderstood and held responsible for actions that he himself deplored. So as his own death neared . . . he became ever more pessimistic, praying not only for his own release but for the end of the world. (Ibid., p. 208)

In detail, Luther’s effort on behalf of the Reformation was anything but a triumph . . .

Among the signs of the last days for Luther, and against which he preached, was the unwillingness to repent — especially for the sins of usury and greed — which he confronted in those around him. In 1542 had had to admit resignedly that he had been unable to change the contempt for God’s Word in Germany and would have to let the destruction run its course [WA, Br 10:23, lines 7-23]. In the following year he stated that all classes lacked a consciousness of injustice and sin . . . (Martin Brecht, Martin Luther: The Preservation of the Church: 1532-1546, translated by James L. Schaaf, Minneapolis: Fortress Press, 1993 [from the 1987 German original], pp. 332-333)

His last years in Wittenberg were bitter. He was disappointed in the undisciplined lives of his congregation, and he raged at his audiences from the pulpit. Near the end of his life he threatened to leave the city altogether. . . . The Christian was moved by gratitude to God and sought to do good works not to win salvation but out of spontaneous love. Luther saw no evidence that his people in Wittenberg were so moved. In September 1545, only a few months before he died, Luther preached a long, rambling, and heartfelt sermon lambasting the Wittenbergers for adultery, greed, and the desires of the flesh. (Richard Marius, Martin Luther: The Christian Between God and Death, Harvard University Press, 2000, 466)

Luther himself was not at peace in these years. . . . there were recurrences of the old depressiveness, especially as he contemplated a Germany whose moral faults his Reformation had not reformed and a Christendom to whose unity he had brought schism. . . . Inexcusable as it is, Luther’s anti-semitic writing reflects his disappointments in his late years . . . Despite bitterness and unhappiness, the aging Luther had consolations. (Michael A. Mullett, Luther, London: Methuen & Co., 1986, 51-52)

More and more pronounced became Luther’s conviction that bitter trials were to come upon Germany, whether from the Turks or from internecine strife. While the whole world seemed to him to be in the state it had been in before the flood or the Babylonian exile or the destruction of Jerusalem, he was especially shocked by the immorality in Wittenberg, so that he threatened in 1545 that he would never revisit it. (Samuel Macauley Jackson, editor-in-chief, The New Schaff-Herzog Encyclopedia of Religious Knowledge, Volume 7, New York: Funk & Wagnalls, 1910, “Luther, Martin,” p. 77)

[T]hese last years witnessed a number of disappointments of great significance in the life of the reformer. . . . Luther’s disappointment at the pace and shape of reform led to his writings becoming increasingly bitter in tone. The imagery in the pamphlets became more and more obscene and scatological, and his attitude towards certain groups — Anabaptists, papists and most notoriously the Jews — hardened in a dramatic manner. In part, this was a result of the failure of the reformation to make a significant impact on these groups. (Andrew Pettegree, editor, The Reformation World, London and New York: Routledge, 2000, p. 92)

The external aspects of Catholic ritual were easily changed, but the personal lives of many had not been touched. . . . In his last years Martin Luther lamented over the low morality of the great mass of those who had gone over to the Protestant Church. (B. K. Kuiper, The Church in History, Grand Rapids, Michigan: Wm. B. Eerdmans Pub. Co., 1995, p. 205)

Instead of mellowing with the years, his opposition to the papists, the radicals, and other reformers became even more bitter. (J. D. Douglas and Philip Wesley Comfort, editors, Who’s Who in Christian History, Wheaton, Illinois: Tyndale House Publishers, 1992, p. 437)

In 1545, he published, in his Annotations on Genesis, and in other forms, the most bitter expressions against the Reformed, denominating Zuinglius, Oecolampadius and their adherents ‘Enemies of the Sacrament,’ ‘Heretics,’ and ‘Reprobates.’ Long ago, he declares, he had ceased to pray for men who were murderers of souls . . . (Charles Hodge, The Biblical Repertory and Princeton Review, 1839, Vol. XI, p. 358)

During his last years, bodily suffering, excess of work, struggles without and calamities within his own circle had exhausted his vital powers, and frequently made him bitter, irritable, and pessimistic. (Wilhelm Ernst Möller, History of the Christian Church, Vol. III, New York: Macmillan, 1900, p. 152) 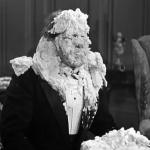 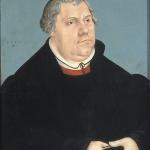 October 12, 2017 Luther on Early Lutherans: "Ingrates" Who Deserve God's "Wrath"
Recent Comments
0 | Leave a Comment
"Not related to this topic but occurs a few chapters earlier and I don't know ..."
Justin Table of Nations (Gen 10), Interpretation, ..."
"Not a critique, just thought you might want to put a 1 in front of ..."
Justin Debate: Matthew 16:8-9 & the Papacy ..."
"Wait, is the idea that everyone in general needs a special grace from God in ..."
Kshos23 Secularist, Atheist Nations = More “Happy” ..."
"I will respond to your comment here when I get the chance. I will also ..."
Paul Hoffer Pearce’s Potshots #55: “3” in the ..."
Browse Our Archives
get the latest updates from
Biblical Evidence for Catholicism
and the Patheos
Catholic
Channel
POPULAR AT PATHEOS Catholic
1