I have written twelve critiques of the book entitled, Roman but Not Catholic: What Remains at Stake 500 Years after the Reformation, by evangelical Protestant (Wesleyan) theologian and historian Kenneth J. Collins and Anglican philosopher Jerry L. Walls (Grand Rapids, Michigan: Baker Academic, 2017). The complete list can be found on my Calvinism and General Protestantism web page (scroll about halfway down).

They repeatedly claim in their book that they are ecumenical towards Catholicism (they acknowledge it as a Christian organization; i.e., they are not anti-Catholics). I accept their word and appreciate that, as I reiterated even in my very critical Amazon review of the book.

Be that as it may, I notice that Walls (particularly) and Collins still nevertheless exhibit a characteristic that I have observed regarding many ecumenical Protestants, who still have a big ax to grind against Catholicism: they have no problem with being buddy-buddy with anti-Catholics, and they refuse to renounce their errors (and their manifest anti-Catholic bigotry) in public, when they show up on their Facebook pages.

John Bugay is apparently the “point man” of Walls and Collins in the anti-Catholic Protestant community. Lots of sales of this book no doubt take place there. In the Acknowledgments for the book, Kenneth Collins writes: “I am also grateful to John Bugay, Reformed apologist, who read the work and offered well-received and much-appreciated counsel.”

Bugay wrote the first (long) review on Amazon and is now starting to write more extensive reviews on the website, Tribal . . .,  oops, Triablogue.

I think they may come to regret this. John Bugay is (to put it mildly) out to sea when it comes to historical analysis, or anything to do with Catholicism. He contended with me in 2010 that the Catholic Church killed “4,951,000” during the Inquisitions. These are, of course, ludicrous claims, according to all real historians, and especially ones who specialize in the Middle Ages or Catholic history. They place the numbers at something like 4000-5000. Bugay has only exaggerated the numbers  by about a thousand times: no biggie. All in a day’s work for an anti-Catholic polemicist . . .

On 15 November 2010, he stated in a post on anti-Catholic luminary James Swan’s blog, Boors All:

David Waltz has noted that my comment that Pope Benedict XVI is functionally a pantheist is somehow “silliness”. Maybe David is right. Maybe I was just being too kind, and that was silly. Some further reading gives me the sense that Ratzinger is pretty much a full-blown pantheist.

In the comments for the post, on the same day, he added:

You realize, my intention is not to make this pope, or any pope, look good in any way ;-)

And on 11-17-10 in the combox he opined: “In the years since that time, I have come to see that virtually every doctrine in the RCC is tainted or mutant in some way. This begins with the very doctrine of God, . . .”

This time, they have a pope who’s a pantheist and who embraces a time-honored Roman Catholic practice as “senseless”. . . . But next time, they may get a pope who wants to, for example, extend the Trinity to include Mary, or to throw out some other time-honored Christian doctrine.

This was entitled, “The Devotional Life of the Modern Pantheist, Bishop Joseph Ratzinger.”

If I didn’t retain garbage like this, the anti-Catholics would deny it, and others would question whether anti-Catholic blowhards like Bugay and Swan actually were that stupid and clueless. They’d never believe it. Trust me, they were (and are)! See all the gory details in my old paper, where I documented it.

In November 2011 Bugay did a parody of the artwork on the top of my old Blogspot blog and added a Hitler mustache and “Hitler bangs” to the photograph of St. Thérèse of Lisieux (!!). He also mocked Cardinal Newman in the same parody. See it at the top of this post (or see a larger version: closer to the actual size of the original art on my blog.) This raised a firestorm of controversy, with even his own church and pastor (having been informed of the outrage) advising him to remove it (which he did within the day, yet without exhibiting the true expressions and attitudes of repentance). He repeatedly tried to justify his “satire” throughout the day: even to the extent of mocking the outrage that Catholics felt over it, as “feigned.” For example:

I am amazed at the feigned outrage in the response to these images, for what is absolutely a minimal amount of photo enhancement, certainly in response to some not-so-good-natured ribbing, richly enhanced with exaggerations and enhancements of its own.

Then in my own combox, he wrote:

I suggest, in a visual way, that she, as a Roman Catholic, is tainted by (a) Rome’s policy toward the Jews in the 19th century, and (b) by Rome’s continuing failure to take any official responsibility at all — shifting the blame to “her children”.

I see. So “guilt by association” justifies drawing a Hitler mustache on a godly woman and a saint: implying that she has anything to do with a murderer of millions of people: one of the most wicked men to have ever lived.

Bugay is fixated on the scandalous historic treatment of the Jews (which was quite as prevalent in Protestant countries: hence mostly Lutheran Germany hosted the Holocaust). I don’t know anyone who would deny it. Yet why is it that he would dwell on sins of many hundreds of years ago, while there was tremendous heroism during the Nazi Holocaust within the last seventy years? It is estimated that Pope Pius XII saved some 800,000 Jews: more than any other organization.

And of course he either winks at or ignores all the persecution and intolerance in Protestant history, which I have documented on my web page: Protestantism: Historic Persecution and Intolerance, precisely because of people like Bugay, who repeatedly and loudly lie about Catholic history and are blissfully unaware of parallel Protestant [scandalous] history.

See my original lengthy post which documents the entire sordid, blasphemous affair. At the end, it became a big dispute about whether anything other than God can be blasphemed. Yes they can, according to the biblical meaning of the term: which I demonstrate with many arguments and biblical passages, in another post.

So, anyway: I assume in charity (and reasonable speculation) that Collins and Walls are unaware of these sorts of ridiculous things that Bugay has believed and passionately contended for. Being a Catholic apologist, have myself, I have a long personal acquaintance with the foibles and asininities of anti-Catholic polemicists. That’s why I know about this stuff. I was directly involved in all three controversies: especially the latter, which began as a parody of my own blog artwork.

Either Collins and Walls wouldn’t care, and would be glad that he is an ally, anyway (“any critic of Rome, no matter how hateful and vitriolic and idiotic, is my friend!”), or they would, in which case I have provided them a service in Christian love (preventing them from further embarrassment going forward). In any event, I have informed my readers of the ultra-low quality and farcical nature of John Bugay’s “apologetics.” These are by no means isolated examples. But they provide a good flavor of the overall “product.” 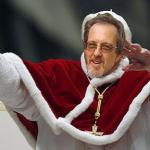 October 23, 2017
"Roman But Not Catholic": Defense of My Amazon Review
Next Post 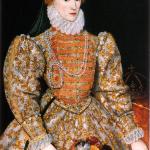 October 24, 2017 312 Catholic Martyrs & Confessors Under "Good Queen Bess"
Recent Comments
0 | Leave a Comment
"Thank you so much for the encouragement!"
Dave Armstrong Why Has Italy Suffered the Most ..."
"I commend you. This is a very, very sensible post on the whole "Chinese flu" ..."
Edward De Vita Why Has Italy Suffered the Most ..."
"Sedevacantists are protestants. They believe that there are men who have the power to steal ..."
Arkanabar Verrecchio Trashes Pope Benedict as Wicked ..."
"Indeed a copious list! However it is almost entirely apologetics rather than unbiased examination of ..."
Sandy Eden God Wills to Heal Everyone Through ..."
Browse Our Archives
Follow Us! 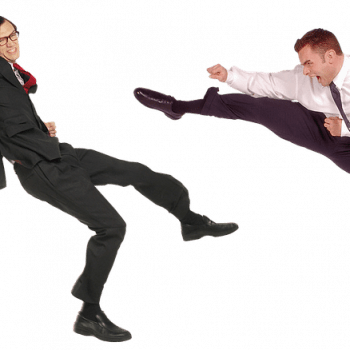 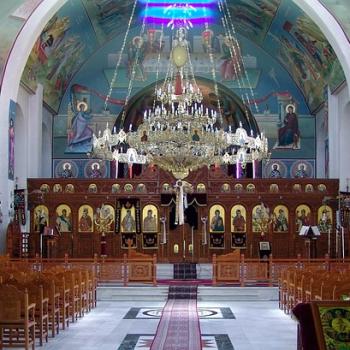