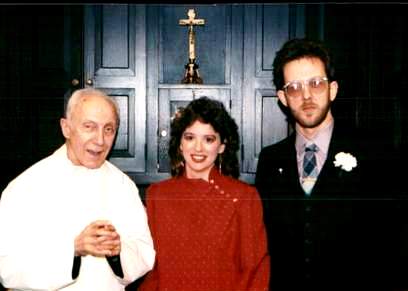 This is the ten-part story of my complete religious history, from nominal Methodism (1958-1967), to the occult and practical atheism (1968-1976), through evangelical Protestantism, counter-cult, pro-life, evangelistic, and apologetics work (1977-1990), and finally on to the fullness of the Catholic faith  in 1991. It is found complete (75 pages) in my 2013 book, Catholic Converts and Conversion.

Part One: Nominal Methodism, Occult, and the Seeds of a Serious Christian Commitment (1958 – early 1970s)

Part Five: Collapse of My Protestant Ministry: Disillusionment and the End of One Chapter of My Life, But with Faith Intact (1985-1989)

Part Seven: Ecclesiology (the Church), the “Protestant Myth” of Church History, and My Vehement Opposition to Catholic Infallibility (1990)

Part Nine: The Slow But Inevitable Paradigm Shift, Fr. John A. Hardon, and Another View of the “Reformation” (1990)

Shortly before I became totally convinced, I read a book called Evangelical is Not Enough, by Thomas Howard. He’s a fabulous writer, and in my opinion, the stylistic successor to C. S. Lewis. He showed how the Catholic Mass had a quality that transcended time and space. This wonderful book gave me a feel for the usefulness and preferability of liturgy, which up till that time I had virtually no experience with, or that much love for, because I was “evangelical low church.”

At this point, it became, in my opinion, an intellectual and moral duty to abandon Protestantism in its evangelical guise. It was still not easy. Old habits and perceptions die hard, but I refused to let mere feelings and biases interfere with the wondrous process of illumination that overpowered me by God’s grace. I waited expectantly for just one last impetus to fully surrender myself.

At the end, in most converts’ experience, an icy fear sets in, similar to the cold feet of pre-marriage jitters. In an instant, this final obstacle vanished, and a tangible “emotional and theological peace” prevailed.

The unpredictable course of conversion came to an end on December 6, 1990, a little more than a month after completing the Essay, while I was reading Cardinal Newman’s meditation on “Hope in God the Creator” and in a moment decisively realized that I was no longer offering any intellectual or theological resistance to the Catholic Church. I quietly gave up what little remaining emotional resistance to conversion was left in me, and realized that I had now entered the door of the Catholic Church (and therefore, historic Christendom) for good.

This peace and certitude in faith has never departed, for now more than 22 years. I’ve never had the slightest desire or inclination to look back. All during that time, I have always – without exception – become more convinced, as I keep defending the Catholic faith and observing how weak or nonexistent the opposing arguments are.

Right after my conversion, I worked through the various “distinctively Catholic” doctrines: to find as much biblical support as I could find. Having been a Protestant apologist for the previous nine years, it was only natural for me to start sharing with Protestant friends the reasons for why I thought Catholic doctrines could be defended from the Bible (our great common ground).

These initial papers eventually became my first book: A Biblical Defense of Catholicism. They were done on a typewriter for a year and a half or so, before I had a computer, and five years before I was on the Internet. They weren’t intended to be chapters of a book at first. But as time went on, my Catholic friends started urging me to try to get the collection of separate papers published as a book.

The first draft (a much longer, 750-page version) was done by 1994. I then decided to greatly shorten it and add references to the new Catechism, and this draft (the present 297-page book) was completed by May 1996.  The original title was The Credibility of Catholicism: A Scriptural and Historical Apologetic. All of this occurred before I ever had my own website.

The subject matter of my first book has been the leading theme or specialty of my subsequent apologetics career: “biblical evidence for Catholicism” (as my blog is called): trying to explain (mostly) to Protestants in terms they can understand, mostly from the Bible, that Catholicism is the fullness of Christian truth and the one true, visible, apostolic, institutional Church, specially guided by the Holy Spirit and granted by God the gift of infallibility.

After five years of trying to get the book published, I put it out on my own; then in 2003, I made a last-ditch effort to contact a few more publishers, and Todd Aglialoro, the editor at Sophia Institute Press (now with Catholic Answers) was kind enough to agree to accept the manuscript. It had taken seven years (after several frustrating, usually unexplained rejections from publishers) to get it “officially” published.

Sophia has subsequently published four more of my books. In 2002, Our Sunday Visitor had published The Catholic Answer Bible, with 44 of my own one-page apologetics inserts.

I met Fr. Peter M. J. Stravinskas at the Defending the Faith conference at the Franciscan University of Steubenville in 1992, and gave him some of my earliest research papers on Martin Luther. This led to my first published Catholic article: “The Real Martin Luther,” in his magazine, The Catholic Answer (Jan/Feb 1993).

In September of that year my conversion story appeared in This Rock (Karl Keating’s magazine). In a somewhat different form it was published in the bestseller Surprised by Truth (edited by Patrick Madrid) in 1994.

The next step was to get on the Internet: the new technology that was to literally make my career as an apologist possible. My friends and fellow apologists Steve Ray and Gary Michuta were strongly urging me to do so, saying how much I would love it.

I first went online in March 1996, and frequented the Religion Forum of Compuserve and participated in some religious group discussion lists. I began my website in February 1997. In 1998 it received the Catholic Website of the Year award from Patrick Madrid’s Envoy Magazine. My renewed vocation as a Catholic apologist was rapidly taking shape.

A blog followed in 2004: eventually incorporating all of my old website articles. The next phase was Facebook and Twitter. I started utilizing both in January 2011. I’ve also appeared on Catholic radio over twenty times, starting in 1997, but have consistently turned down public speaking, because I feel it is not my gift, and that it’s best left to people who are highly skilled at it (and motivated to do so). Writing and speaking are very different arts. My emphasis has always been on back-and-forth dialogue, anyway, and that’s quite different from delivering a lecture. It’s not my style at all.

Fulfilling My Vocation Twenty Years After I Discerned It

I settled into a delivery career (payroll) all through the 90s, while doing active Internet apologetics as well, after 1996. When the delivery company I worked for went out of business in December 2001, two weeks after the birth of my daughter and fourth child, I made an appeal on my website (having few other options) to see if people thought I should do full-time apologetics.

They did, and I have been doing that ever since, with an income from book royalties, donations, and additional part-time work as necessary. I’ve definitely “paid my dues” in many ways, but it’s a great life, doing what I passionately love. I truly wouldn’t trade it for anything.

As I mentioned before, I had waited twenty years from knowing that I was called to apologetics, in 1981, to being able to devote myself to it full-time once again: twelve years after my Protestant campus ministry had collapsed. I’ve still had my struggles, and have taken on four part-time supplementary jobs since 2001. The current bad economy is again making it very tough for me.

Yet I’ve never ceased these past eleven years in putting in full-time hours doing apologetics. I’ve definitely learned a lot about perseverance and patience, but like anyone else, I have many areas where I fall short in the spiritual life, and a long, long way to go.

The Goals and Blessings of Apologetics

My primary motivation as an apologist is to educate Catholics to be confident in their beliefs, by knowing what they are in the first place, understanding them, and comprehending the reasoning behind them: why they believe what they believe. But the apologist can’t compel anyone to be persuaded. That is ultimately the job of the Holy Spirit and grace. Mostly we try to remove roadblocks, or take out objections, to make the way clear for a change of mind and allegiance.

I feel to the core of my soul and being what St. Paul expressed: “woe to me if I do not preach the gospel!” (1 Corinthians 9:16), and I’m compelled to follow St. Peter’s admonition: “Always be prepared to make a defense to any one who calls you to account for the hope that is in you, yet do it with gentleness and reverence” (1 Peter 3:15).  I won’t stop doing so till I drop!

Photo credit: 8 February 1991: the day I was received into the Church, and that Judy returned to it; with Servant of God Fr. John A. Hardon, S. J. 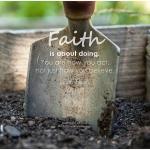 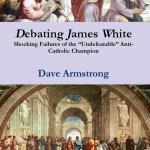 November 6, 2017 Is Catholicism Christian or Not? (vs. James White): Pt. 1
Recent Comments
0 | Leave a Comment
Browse Our Archives
get the latest from
Biblical Evidence for Catholicism
Sign up for our newsletter
POPULAR AT PATHEOS Catholic
1