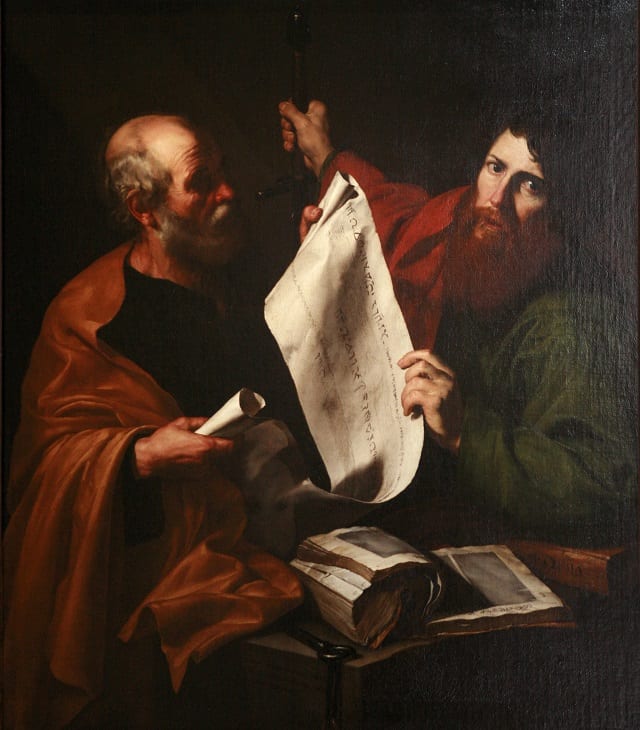 Thus far, I have counter-replied to 34 of Dr. Madison’s critiques, without hearing one peep back from him as of yet (29 days’ total time, starting on 8-1-19). This certainly doesn’t suggest to me that he is very confident in his opinions. I know he’s still alive and kicking, because I’ve seen him write other posts during this same period (example one / two / three).

And, clever fellow, Paul pulls a fast one to make a point. He quotes Moses . . . to back up his advocacy of faith in Christ. We find this in verse 8:

“But what does it say? ‘The word is near you, on your lips and in your heart’ (that is, the word of faith that we proclaim)…” This is based on Deuteronomy 30:14: “…the word is very near to you; it is in your mouth and in your heart for you to observe.” We might give first prize for quoting scripture out of context to the writer of Matthew’s gospel, but Paul is no slouch either. (Can we cut them some slack because they believed the Old Testament was a coded text—and they knew the code—to be mined for information about Christ? NO.)

The whole thrust of Deuteronomy 29-30 is Yahweh’s deal (covenant) with Israel: he will be their god if they will be his people—and the key to that deal is their observance of the law. Here are representative texts:

But all of this had become irrelevant to Paul: righteousness could never be achieved by following the law. Paul tells his readers that the “word” mentioned in Deuteronomy is “the word of faith that WE proclaim”—“we” meaning himself—i.e., Christ provided the magic formula for getting around the law as a measure of righteousness: Paul distorts the text in Deuteronomy. The author of Deuteronomy did not feel that following the law was impossible: “ Surely, this commandment that I am commanding you today is not too hard for you, nor is it too far away.” It’s no surprise that Paul neglects to quote this verse.

There is no contradiction here at all, as much as Dr. Madison desperately strains to try to create one. Paul has no trouble at all with good works. He encourages them as absolutely necessary, just as Jesus did, as I proved in installment #3. His primary point (often made in his epistles) is that faith and God’s grace are the key things that bring about both the ability to follow God’s moral law and also ultimate salvation.

We have to cooperate with those in order to do any good thing. These elements are present also in the larger passage in Deuteronomy from which Paul draws. It is no surprise that Dr. Madison ignores these particular passages, which provide the key connection. How does a man follow the law, according to Moses? Does he do it on his own power, or by cooperating with God’s?:

God provides the necessary power to follow His laws, but man still has the freedom to either walk in that power or spurn it and rebel. Both these strains are present in Moses and the Torah and in Paul. Paul expands upon and develops these motifs in Romans 10:

Romans 10:3, 9-10 For, being ignorant of the righteousness that comes from God, and seeking to establish their own, they did not submit to God’s righteousness. . . . [9] because, if you confess with your lips that Jesus is Lord and believe in your heart that God raised him from the dead, you will be saved. [10] For man believes with his heart and so is justified, and he confesses with his lips and so is saved.

What Paul is saying, then, is that this righteousness can’t be obtained merely by trying to follow the law on our own power. It requires God’s grace and “God’s righteousness” (basically the same as grace: which word isn’t used theologically in the Old Testament) or else it is impossible.

It’s made possible by God granting this power, received in and by faith: “God will circumcise your heart.” For more on this broad soteriological theme, see the section, “Eternal Salvation & Damnation in the Old Testament” in installment #4 of this series.

Lucky Paul: he’s the guy that Yahweh chose to update the world on his salvation scheme (God changed his mind?)

No; God didn’t change His mind. He had the “plan” of salvation all “worked out” from “Day One” (being omniscient and outside of time). It merely developed, just like all other Big Ideas (secular or religious) do. The two testaments are perfectly consistent, as I think I have shown. The New is simply more developed.

In Deuteronomy the deal was pretty straightforward: God will treat Israel as his chosen people if they follow his laws and commandments. There is no focus here, by the way, on “being saved”—earning eternal life. That concept did not creep into Judaism until well after the time of the Deuteronomist. What was the reward for keeping God’s commandments? Well, Yahweh would refrain from reigning terror on them (graphically depicted), and would be nice instead, Deut. 30:19-20:

“Choose life so that you and your descendants may live, loving the Lord your God, obeying him, and holding fast to him; for that means life to you and length of days, so that you may live in the land that the Lord swore to give to your ancestors…”

Presented as the words of Moses delivered before the conquest of Canaan, virtually all modern scholars reject its attribution to Moses and date the book much later, between the 7th and 5th centuries BC. Furthermore, scholars have identified multiple literary strata in Deuteronomy, written by different authors at different times. Chapters 12-26, containing the Deuteronomic Code, are the earliest, followed by the second prologue (Ch. 5-11), and then the first prologue (Ch. 1-4); the chapters following 26 are similarly layered. Most scholars believe that the Deuteronomic Code was composed during the late monarchic period, around the time of King Josiah (late 7th century BC), although some scholars have argued for a later date, either during the Babylonian captivity (597-539 BC) or during the Persian period (539-332 BC). (Wikipedia, “Book of Deuteronomy”)

If we accept this schema for the sake of argument, then, also according to Wikipedia (“Book of Job”), “scholars generally agree that it was written between the 7th and 4th centuries BCE, with the 6th century BCE as the most likely period for various reasons.” If we accept this “most likely” 6th century BC date, then it was contemporaneous with Deuteronomy, rather than “well after” its time. And it clearly teaches both afterlife (possibly implied eternal life, too) and bodily resurrection:

And even today most of the people on the planet don’t “confess with their lips and believe in their hearts” that Jesus rose from the dead. Thus they are ineligible for salvation according to Paul’s playbook.

No they are not, as I already explained in installment #2. Dr. Madison is again contradicting himself, and one of his own rare concessions to what the Bible and Paul actually teach, just as I showed that he did in my installment #8. 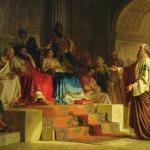 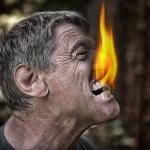 August 30, 2019 Atheist Loftus "Answers" & Censors My 34 Replies to Dr. Madison
Recent Comments
0 | Leave a Comment
"You are assuming bad motives on the Cardinals in sending the Dubia. That is not ..."
Claudio Pope Francis DID Answer the Dubia ..."
"He's not obliged to do anything, if that is his decision, and you have no ..."
Dave Armstrong Pope Francis DID Answer the Dubia ..."
"I think you are missing my point. I post a comment and you give me ..."
Claudio Pope Francis DID Answer the Dubia ..."
"I’d never heard of this woman before I read this article. It sounds like she ..."
Thanks, Pappy. Audrey Assad’s Deconversion Story: Objective Analysis
Browse Our Archives
get the latest updates from
Biblical Evidence for Catholicism
and the Patheos
Catholic
Channel
POPULAR AT PATHEOS Catholic
1