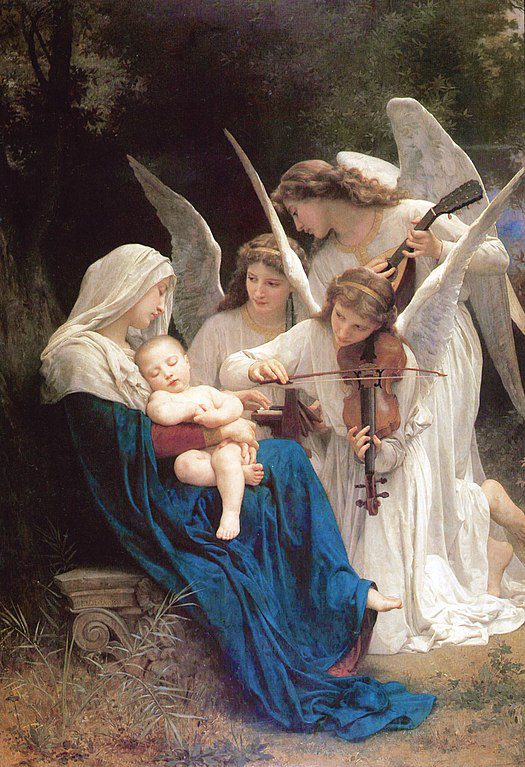 This dialogue came about as a result of Jack DisPennett‘s critique of my paper, The Blessed Virgin Mary: Biblical & Catholic Overview. His words will be in blue.

I used to make precisely the same argument as a Protestant. I have no problem with this (I’ve used these phrases as a Catholic apologist, myself, on more than one occasion), but at the same time, the Protestant can and ought to do a little bit of work to understand what the Catholic means by the phrase, which was used by Luther and Zwingli (and the Fathers en masse), with the exact same understanding. It is a word of high importance and significance in Church history, known by all who study that field: Theotokos, or God-bearer. It was crucial in the condemnation of Nestorianism as a heresy, at the Council of Ephesus in 431.

I agree that the Protestant must take pains to understand Catholic terminology; however, this does not absolve Catholics from the responsibility of developing a precise, unambiguous, Biblical vocabulary. I am quite aware of the Catholic understanding of the term “Mother of God;” I am only saying that Catholics should better phrase the terminology so as not to be a stumbling block to outsiders who might not be so well informed.

We use the term because it has been passed down to us, firmly entrenched in apostolic Christian Tradition. I could make the same argument about Trinity: a word not found in the Bible, based on deduction (though very good, solid deduction), and much-misunderstood by “outsiders.” Should, therefore, all Christians cease using the word because so few understand it? It would seem that you must answer “yes,” from your reasoning above.

Furthermore, I thought I’d add that I’d rather think of myself as Protestant (I prefer “evangelical,”) in doctrine, rather than in lineage. I have never read Calvin or Luther, neither do I admire either one of them very much, based on what I do know about them. I would like to think that I came to believe what I believe by a fair and balanced interpretation of the Bible, not because “Pastor so-and-so” said it was true.

Many Protestants think in this way, but upon closer examination, traditions and denominational influences are apparent in every Christian’s thought, of whatever stripe, whether or not they are aware of it. The very disdain of Luther and Calvin and the eschewing of a Protestant heritage and institutionalism in general is itself yet another form of Protestantism, deriving from the Anabaptists in the 16th century.

So it really comes down to your interpretation of the Bible vs. the historic interpretation of the Church (and in this particular case, classic Protestantism agrees with Catholicism and Orthodoxy). Why should anyone accept your view over against the overwhelming consensus of Church history? This is a problem throughout your analysis: the radical nature of an extreme Bible-only; as-interpreted-by-the-individual-only position. This is not at all how Jesus, the Apostles, and the Church Fathers viewed the matter, and Catholics believe we are merely following their lead.

Saying “Mother of God” without any qualifiers is apt to lead to the absurd conclusion that she is the mother of the Father and the Holy Spirit as well as the Son, which is ridiculous.

It could. People think a lot of things about many words. I consider it more ridiculous, however, that non-Catholic Christians (i.e., those who know their own faith traditions pretty well) would think that Catholics believe such an absurd thing in the first place. This illustrates how little they understand Catholicism, which, in my opinion, is a far greater problem than the misunderstandings which might occur among those who don’t trouble themselves to any great degree to study comparative theology generally, or Catholic theology in particular.

I have taken pains not to mischaracterize Catholic theology thusly, so I agree that many Protestants should be more careful in their study of Catholicism.

Such qualifiers to distinguish between the Persons of the Trinity are Biblical, I believe: remember, in John 1:1, John wrote, “and the Word was God,” not “and God was the Word,” because the latter would tend to hint at a teaching not unlike the Modalist heresy, namely, by seeming to say that the Son was “all of” God, that is, that the the Word Himself formed the totality of the Godhead.

Very interesting analogy. I think it ultimately fails, though. See my next reply.

I would also like to wholeheartedly agree that “Mother of God” should primarily be a Christological title: However, by addressing this title to Mary in prayer to her, Catholics may sometimes tend to use this title to give honor to Mary rather than to Christ. This is a potential stumbling block which needs to be looked out for.

The Church has written about Marian abuses in her ranks, particularly in the documents of Vatican II, and Mary’s intrinsic inferiority to God as a mere creature is well-attested in our ranks. But your analogy to John 1 doesn’t apply because the two situations are different. In my book, A Biblical Defense of Catholicism, I went into this at greater length. I cited James Cardinal Gibbons on this matter:

We affirm that the Second Person of the Blessed Trinity, the Word of God, who in His divine nature is from all eternity begotten of the Father, consubstantial with Him, was in the fullness of time again begotten, by being born of the Virgin, thus taking to Himself, from her maternal womb, a human nature of the same substance with hers.But it may be said the Blessed Virgin is not the Mother of the Divinity. She had not, and she could not have, any part in the generation of the Word of God, for that generation is eternal; her maternity is temporal. He is her Creator; she is His creature. Style her, if you will, the Mother of the man Jesus or even of the human nature of the Son of God, but not the Mother of God.

I shall answer this objection by putting a question. Did the mother who bore us have any part in the production of our soul? Was not this nobler part of our being the work of God alone? And yet who would for a moment dream of saying “the mother of my body,” and not “my mother?” . . . . . In like manner, . . . the Blessed Virgin, under the overshadowing of the Holy Ghost, by communicating to the Second Person of the Adorable Trinity, as mothers do, a true human nature of the same substance with her own, is thereby really and truly His Mother.

It is in this sense that the title Mother of God, denied by Nestorius, was vindicated to her by the General Council of Ephesus, in 431; in this sense, and in no other, has the Church called her by that title. Hence, by immediate and necessary consequence, follow her surpassing dignity and excellence. (The Faith of Our Fathers, New York: P.J. Kenedy & Sons, revised edition, 1917, 137-138)

I think that you have misunderstood my point. I agree that Mary is really and fully the mother of God the Son. I was merely pointing out that calling Mary “The Mother of God” without specifying her as the mother of Christ is apt to confuse outsiders. If we specify her as the mother of Christ, the second Person of the Trinity, then her role is made more clear in the phraseology; she is merely the vessel that God used to bring about the Incarnation of His Son. My point is that Mary’s role as Theotokos should be further specified in the phraseology to: “mother of God the Son,” because we wouldn’t want anyone to think that she was the mother of the Holy Trinity, or the mother of the Father, the Son, and the Holy Spirit. This is the only qualm I have about that title; the uninformed are apt to misunderstand it. 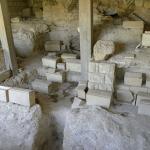 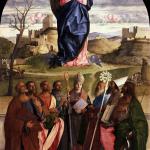 August 9, 2019 Mary's Assumption: Dialogue w Evangelical Protestant
Recent Comments
0 | Leave a Comment
"Thanks for letting me know. I will stop following them from now on."
Prasanth Did Moses Exist? No Absolute Proof, ..."
"Sorry, I just wanted you to react with that. Never expected it to be such ..."
Prasanth Did Moses Exist? No Absolute Proof, ..."
"We didn't but Gnu Atheists need their argumentum ad hominem. Cheers brother."
Jim the Scott Did Moses Exist? No Absolute Proof, ..."
"Time to channel some Fr. Brian Davies on my favorate topic..A Classic Theistic Concept of ..."
Jim the Scott Problem of Evil & of Good: ..."
Browse Our Archives
get the latest from
Biblical Evidence for Catholicism
Sign up for our newsletter
POPULAR AT PATHEOS Catholic
1