Am I Too Soft on Modernists & Too Hard on Reactionaries?

Am I Too Soft on Modernists & Too Hard on Reactionaries? November 6, 2019 Dave Armstrong 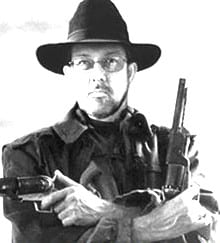 A guy “Matt” appeared underneath my article,  Taylor Marshall Conspiracy Theories: Why I Ignore Them, and offered a highly imaginary and fictional opinion whereby he thinks I am almost entirely silent about theologically liberal / modernists / heterodox / dissidents in the Catholic Church. Nothing could be further from the truth. He must have been living on another planet these last twenty years. This is my reply. His words will be in blue.

Dave, as one the Traditionalists you continually malign,

I don’t malign traditionalists (of which I am virtually one), but the false ideas of radical Catholic reactionaries. I draw a stark distinction between the two groups. If you have read for more than an hour any of my papers on these topics, you would know that. But alas . . . I love constructive criticism. But what I detest is unnecessary misrepresentation of what I believe. There’s no excuse. Do your research before you come blasting away at me or anyone else. Otherwise, you come off looking like a fool, as you do here. Do your homework!

I want to express my main objection with you’re [sic] critiques of the Traditionalist movement.

You have gotten the premise wrong, as I just explained, but we’ll see what you got.

You have claimed elsewhere that Modernism is the primary problem facing the church. Recently, you were even critical of “Extraordinary” Eucharistic Ministers. I’m sure I speak for many traditionalists when I say I was pleased to see such developments.

That’s not a recent development at all for me. I first wrote about it twice in 2008. The recent article was a re-posting of one of those. And I did because this is what I have always believed, based on attending a parish since 1991 that rarely uses such ministers, and has altar rails, etc. As I said, I am virtually a traditionalist myself (especially liturgically). Anyone who has actually followed my writing or took any time at all to figure out what I believe knows this.

However, your criticism is vastly disproportionate. You have written an entire book against “Radical Traditionalists”

yet you’ve not written any such missive against the “Radical Liberalism.”

This is not true. I devoted half of one book to it (and you could have figured this out, too, in five minutes of searching): Twin Scourges: Thoughts on Anti-Catholicism & Theological Liberalism (2003).

You constantly malign Trads but–as far as I’m aware–have not lifted your pen once against, say, James Martin or Hans Kung or–frankly–99% of “Catholic” colleges, schools and “theologians.”

This is utterly absurd. “As far as I am aware” my foot! Again, with a minimum of effort searching my site, surely you could have discovered my web page on theological liberalism. All of two days ago, I put up a post in which I vigorously disagreed that all male priests is a “sexist” idea. I haven’t written specifically about Fr. Martin, but I have written many articles about the homosexual issue.

I recently linked an article about him in which he said the Bible was wrong about homosexuality. Recently, I’ve written a lot about masturbation as well, as seen on the same web page (very last section). And I posted about what C. S. Lewis believed (very critically) about theological liberals and the documentary theory. I constantly deal with liberal garbage in my refutations of atheists who go after the Bible. So, for example, I have an upcoming article in Catholic Answers Magazine to be published soon, about how liberals and atheists deny that Jesus was born in Bethlehem, and one soon in Catholic World Report defending the virgin birth against its liberal detractors.

In my (four) Newman and Chesterton quotations books, liberalism takes a great battering.

So I’ve done a great deal. You just didn’t know about it. I do write relatively more, though, about reactionaries for one main reason: I think they know much better (usually being orthodox in theology) and can possibly be persuaded out of their errors, whereas the modernist / liberal / dissident is fundamentally dishonest. I don’t have much patience with the latter, but despite that, I still have addressed their errors many many times.

Yes, because they are reactionary.

Yet, there are no posts here against the National Catholic Reporter, CRUX or your fellow Patheos bloggers most of whom dissent from Church teaching or you are obviously trying to lead the church in a very heretical/homosexual different direction.

I just explained why there are relatively less, but even so, you’re wrong on the facts again. I have critiqued Mark Shea (for political liberalism) many times on my Facebook page and a few times on my blog. I have critiqued, for example, Melinda Selmys: fellow Patheos blogger, who left the Church for Anglicanism. I’m not afraid to address anything or anyone. But I do have priorities in what I want to write about at any given time. I have over 2600 blog articles, and several hundred more on Facebook, plus fifty books. I considerably oppose any heterodoxy seeking to come into the Church.

This asymmetry is quite apparent to everyone on my side of the fence.

I suspect many of these folks are as abysmally ignorant as to what I have written about, as you are.

I’ve written scores of articles condemning all those things. And yet here you are bitching at me! One wonders what more one can do. Who else do you know who has repeatedly taken on all these errors? You tell me. The reactionaries are far too busy bashing the pope and Vatican II these days to have any time for lowly pursuits like defending Catholic doctrines and morals, as I do every day. I just defended purgatory and indulgences in my latest paper, put up less than an hour ago. I’m here every day defending Catholic truths and refuting and opposing error.

One of our masses on campus featured a Jesuit that informed us that voting against President Obama’s healthcare was an example of the sin of greed! Another informed me that Jesus was actually not “REALLY” God (from the pulpit!), and thus Confession was not really necessary. My friends who went to Xavier and Bellarmine told me their experiences were virtually identical. My friend who went to Notre Dame had an even worse experience! I have never met a single graduate of a Catholic High School who ever had a substantial Catholic education. I personally know two priest who have informed me they were sexually solicited by other priests. (Don’t worry! They were NO priests–certainly not Trads.)

Yep, there are tons of liberals around. You should have known that, based on your education. I’ve always known it. I detested liberalism even as an evangelical, from 1977-1990. I remember reading a Presbyterian book called Christianity and Liberalism. I’ve been a political conservative since 1980.

Yet, despite these blatant heresies and crimes, the Vatican has not investigated the Jesuits since Vatican II, but they did manage to investigate the FSSP (!) for heresy in 1999. Something you probably approve of, since it is we sinister Rad Trads who are undermining the Faith.

See my foregoing proofs of my detestation of liberalism in all its guises, follies, and outrages. And if you oppose political liberalism, too, there are very few online who have defended President Trump against the multitudinous calumnies more than I have (mostly on Facebook).

Inquiring minds want to know, Dave. Why the silence on these key issues?

There is no “silence.” Does that satisfy your inquiring mind? Now will you go tell your friends that all these charges against me are myths, if not bald-faced lies? You have borne false witness, which is against the Ten Commandments. Now you know better and are responsible for what you know. You have no more zealous defender of orthodoxy and Catholic moral tradition than me. Yet you want to attack me, rather than establish common cause and fight liberal rotgut together.

You just don’t like it because I also oppose the errors in your camp. I’m neither left nor right. I’m radically orthodox, and proud to be so, by God’s grace. 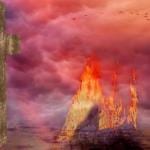 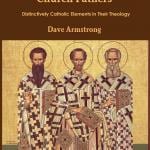 November 7, 2019 Rome, the Biblical Canon, & Tradition (vs. Turretinfan & James White)
Recent Comments
0 | Leave a Comment
Browse Our Archives
get the latest updates from
Biblical Evidence for Catholicism
and the Patheos
Catholic
Channel
POPULAR AT PATHEOS Catholic
1 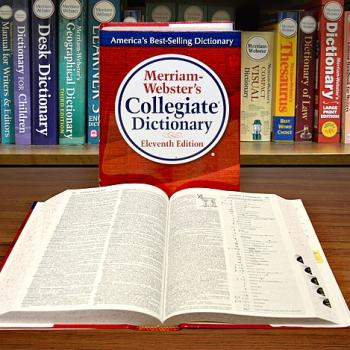 Catholic
Radical Catholic Reactionaries: What They Are NOT
Biblical Evidence for Catholicism
TRENDING AT PATHEOS Catholic