Does Time & Place Apply to Purgatory? (vs. James White) 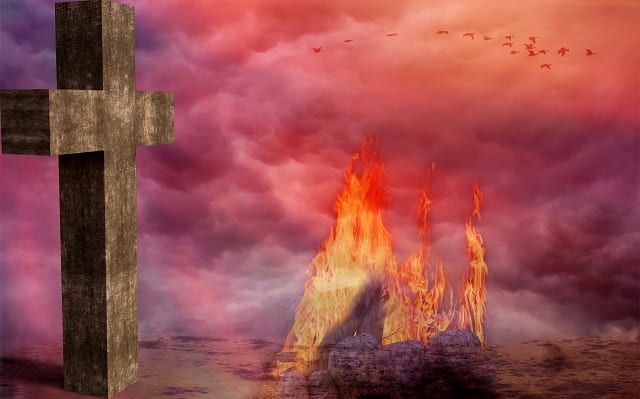 The Right Reverend Bishop “Dr.” [???] James White wrote a post dated 26 August 2009, entitled, “Purgatory and Indulgences, Alive and Still Heretical.” This is my reply. The good bishop’s words will be in blue.

You wonder, at times, how it is that those who listen regularly to Roman Catholic apologists do not notice the wide range of differences between them on important matters of theology and practice. . . .

[I]n modern Romanism in America it is common to hear a Westernized, softened view of purgatory. You see, there is no escaping the fact that Roman Catholics of the past viewed purgatory as a time of suffering and purification. The fact that indulgences were measured in “days” is not just some odd measuring system, as Tim Staples has suggested. This is obvious due to the fact that despite all the historical controversy over the “Sabbatine privilege” and the Carmelite Order, for many years people believed, and practiced, a belief in indulgences that included Mary descending into purgatory to release the person who died wearing the scapular on “Saturday.” Whatever else you do with that, it’s hard to get to “Saturday” without the passage of time. The modern “it’s not really a place, and there’s no time there, it’s just a state of mind” type of thinking flies in the face of everything we know of the beliefs of the leaders of the Roman Church in the past. It relies upon the ignorance of the audience who allow today’s speakers to mediate their knowledge of church history to them, chewed up and predigested.

Well, many Catholics talked about time in purgatory in the past, and others didn’t; and some did in a much more nuanced, sophisticated theological / philosophical way that White (true to form) doesn’t take into account. We don’t see him citing any Catholic theologians. That would be nice and at least some semblance of scholarship, wouldn’t it (notwithstanding his fake doctorate degree)?

People have talked about time in purgatory mostly, I strongly suspect, simply because the notion of being outside of time or somehow part of a timeless eternity is extremely difficult to grasp. We have the same problem in referring to eternal existence in heaven and hell. It’s very difficult for us to conceive of a non-sequential, atemporal existence at all, because we have never experienced it. We’re like fish in water: where the water is time. We can’t imagine any other existence or scenario.

It’s also true that the doctrine of purgatory has developed, just as all doctrines do, and so our understanding has become more complex, as time goes on; and this includes more thinking about time, place, condition, and so forth.

But it is false to assert, as White did, that “The modern ‘it’s not really a place, and there’s no time there, it’s just a state of mind’ type of thinking flies in the face of everything we know of the beliefs of the leaders of the Roman Church in the past.” First of all, I think even White would agree that Catholics hold that souls do not have bodies in purgatory. And if one has no body, he or she or it cannot (technically) be said to be in a place. So even thinking about it this far (which isn’t much), we have a vivid sense that the discussion is far more complex than White makes out.

A non-material spirit can only be said to be in a “place” in a non-literal, metaphorical sense (this is true also of, for example, angels). Therefore, since the Church has always held that the souls in purgatory are without bodies, then this state of affairs (“place” not being literally applicable) was always the case as well.

How is that for supposedly relying “upon the ignorance of the audience”? It looks to me like White is the ignorant one here: to miss such a basic and fundamental category distinction and factor. No one need merely take my word for it. St. Thomas Aquinas (no dummy) stated this over 700 years ago:

That takes care of the issue of place. So how about time? If it is present in purgatory, it’s in a sense very different from what we know and understand. Thus, Fr. Reginald Garrigou-Lagrange (1877-1964), a very eminent theologian, commented:

Purgatory is not measured by solar time, but by eviternity and discontinuous time. Discontinuous time . . . is composed of successive spiritual instants, and each of these instants may correspond to ten, twenty, thirty, sixty hours of our solar time . . . (Life Everlasting & the Immensity of the Soul: A Theological Treatise on the Four Last Things Death, Judgment, Heaven, Hell, Rockford, Illinois: TAN Books, 1991 [originally 1952], 177)

Eviternity, so St. Thomas Aquinas teaches, “differs from time, and from eternity, as the mean between them both” (Summa Theologiae, I, q10, a5). So whatever is meant by “time” in reference to purgatory (closely examined in a philosophical way), it is clearly very, very different from how we earthbound creatures presently understand it.

And this is no new “modern” / Johnny-come-lately notion, as White vainly imagines and charges. He’s simply blowing hot air and knows very little of what he is talking about. He’s out to sea. And this is very common with him when he tries to refute any aspect of Catholicism with which he disagrees. So what does he do? He projects and makes out that we’re the dumbbells and biblical ignoramuses.

The fact remains that the Catholic Church has not specifically defined whether purgatory is a place or a condition, or both in some sense. This means that Catholics have been free to speculate through the centuries, but there is no firm teaching. Nor does it teach that the “fire” is physical. I would imagine myself that it isn’t, since it can’t harm or torment spirits anyway. Thus, this same phrase “place or condition,” was used, for example, in the Catholic Encyclopedia of 1910 (not exactly “modern” is it?).  It’s nothing new. Folks were thinking along those lines over a hundred years ago in that instance, and in the 13th century (Aquinas).

Next, think through what it means that the punishments due to “venial” sins—which can keep you out of the presence of God due to your impurity—can be removed through the blasphemous practice of indulgences. There are few things that show the reality of Romanism more than indulgences, that is for certain.

It’s a completely biblical concept, as I have shown. And there are lots of myths about Tetzel and some true abuses of the belief and practice, as I have also addressed, in an article published in Catholic Herald. But I would bet good money that White has never seen any biblical argument for indulgences, let alone straightforwardly grappled with it. All he can do is mock. I wrote about it in my first book: completed in 1996. And he ends with more empty and idiotic mockery (to which I will not grant the dignity of a response):

Every noble attempt to make Rome’s gospel look like it is just close enough to slip by the anathemas of Scripture falls to ruin upon the most basic examination of the horrific complex of doctrines that is purgatory and indulgences. That Christ’s atonement does not remove my impurity, but my climbing up stairs on my knees does, is more than enough to close the door on Rome’s gospel, to be certain.

Is Purgatory a “Place” or a “Condition”?: Misconceptions From [Eastern Orthodox] Fr. Ambrose About My Opinion (and the Church’s View) / Also: Development and Alleged Historical Revisionism [7-24-05] 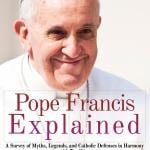 November 5, 2019
Am I a "Pope Francis Defender"? (Statement of Intent & Purpose)
Next Post 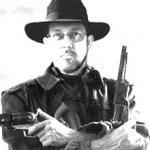 November 6, 2019 Am I Too Soft on Modernists & Too Hard on Reactionaries?
Recent Comments
0 | Leave a Comment
"Thanks! That sounds great. I'll have to add it to my collection of defenses of ..."
Dave Armstrong Dialogue #7 w 1P5 Columnist Timothy ..."
"Great article Dave! I was wondering if you have read my article for Vatican Insider, ..."
Emmett O'Regan Dialogue #7 w 1P5 Columnist Timothy ..."
"Thank you very much for your valuable thoughts, Dave. I recently read an article about ..."
Southern Why Pro-Lifers Vote for Pro-Abortionists: 9 ..."
""In fact, Galileo was neck-deep in astrology: and of the sort (horoscope nonsense) that would ..."
Sporkfighter Star of Bethlehem & Magi: 20 ..."
Browse Our Archives
get the latest from
Biblical Evidence for Catholicism
Sign up for our newsletter
POPULAR AT PATHEOS Catholic
1