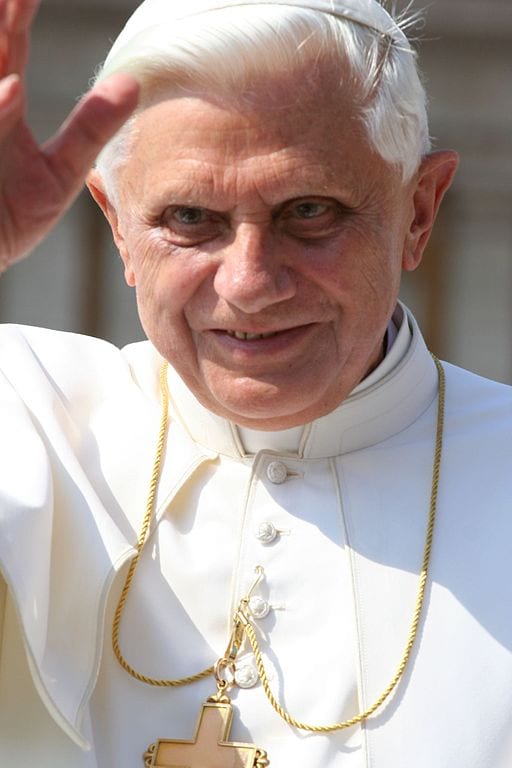 This is from Last Testament: In His Own Words (with Peter Seewald, Bloomsbury Continuum, 1st edition: 11-4-16), Seewald’s words will be in blue.

Seewald: Many things about Pope Francis are unprecedented. He is the first Jesuit Pope; he is the first to choose the papal name of Francis; and perhaps most importantly, he is the first Pope from the ‘New World’. What does that mean for the global Catholic Church?

Benedict: It means that the Church is flexible, dynamic and open, and that it is developing from within. That it is not frozen in old patterns, but that surprising things happen again and again. That it carries a dynamism which allows for constant renewal. What is so beautiful and encouraging, is that in our times most of all there are things that one would never have expected and that show the Church to be alive and full of new possibilities. On the other hand, it was probably to be expected that South America would play a central role. It is the largest Catholic continent, and at the same time it is suffering the most and facing the most problems. It has bishops who are truly great men, and – in the midst of such trouble and suffering – a profoundly dynamic church. And so in some sense I think South America’s day had come. The new Pope, though, is South American and Italian, so he represents both the intertwining of the new and old worlds and the inner unity of history.

Seewald: With Pope Francis, in any case, the global Catholic Church is losing its Eurocentricity, or at least its Eurocentric tendencies will weaken.

Benedict: It is clear that Europe can no longer take itself for granted as the centre of a global Church, but that the Church now truly appears in its universality with equal stature for all the continents. Europe retains its responsibilities, the specific duties it has. But faith in Europe is weakening so much that, on that basis alone, Europe cannot fully and solely be the driving force behind a global Church and behind the faith within that Church. And we are seeing new elements, such as African, South American or Filipino elements, bringing new dynamism to the Church which can reinvigorate the tired West, wake it from its exhaustion, from its forgetfulness of the faith. Particularly when I think of Germany – of the power of bureaucracy there, of how theoretical and political faith has become and how it lacks a living dynamism – which often seems as though it is nearly crushed by overweight bureaucratic structures, it is encouraging that other actors are asserting themselves in the global Church as well. In the end, they are missionizing Europe anew from the outside.

Seewald: If one says the loving God corrects every Pope in his successor – in what ways are you being corrected through Pope Francis?

Benedict: [Laughs] Yes, I would say, in his direct contact with people. That is, I think, very important. He is definitely a Pope of reflection as well. When I read Evangelii gaudium, or even the interviews, I see that he is a thoughtful person, who grapples intellectually with the questions of our time. But at the same time he is simply someone who is very close to people, who stands with them, who is always among them. That he is living in Santa Marta as opposed to the Palazzo is due to the fact that he wants to be among the people at all times. I would say that that is something one can achieve up there as well [in the Palazzo Apostolico], but it does show the new emphasis. Perhaps I was not truly among the people enough. And then, I would say, there is the courage with which he exposes problems and searches for solutions.

Seewald: Your successor is not perhaps a little too boisterous, too eccentric for you?

Benedict: [Laughs] Every person must have their own temperament. One person might be somewhat reserved, the other a little more forceful than one imagined. But I do think it is good that he approaches people so directly. Of course, I ask myself how long he will be able to maintain that. It takes a great deal of strength, two hundred or more handshakes and interactions every Wednesday, and so forth. But, let us leave that to the loving God.

Seewald: So you do not have any problems with his style?

Benedict: No. On the contrary, I approve, definitely.

Seewald: The old Pope and the new Pope are living on the same patch of earth, only a couple of hundred yards apart from one another. You had said you would always be at your successor’s disposal. Does he seek out your experience, your advice?

Benedict: In general there is no reason to. On certain topics he has asked me questions, such as on the interview he gave in Civiltà Cattolica. I answer him, of course; I express myself. But all in all I am very glad that normally I am not brought into these matters.

Seewald: So you did not receive Pope Francis’s first apostolic exhortation – Evangelii gaudium – before anyone else?

Benedict: No, but he did write me a beautiful personal letter which I received along with the exhortation, in his tiny handwriting. It is much smaller than mine. In comparison, my handwriting is huge. Which is hard to believe. Yes, very. The letter was very endearing, and so I did get his apostolic exhortation in a way that was special. And it was bound in white, as it normally is only for the Pope. I am currently reading it. It is not a short text, but it is a beautiful one, and grippingly written. Certainly not all of it by himself, but much of it is very personal.

Seewald: Some commentators have interpreted this exhortation as a break, particularly because of its call for the decentralization of the Church. Do you detect a break from your Papacy in this programmatic text?

Benedict: No. I, too, always wanted the local churches to be active in and of themselves, and not so dependent on extra help from Rome. So the strengthening of the local church is something very important. Although it is also always important that we all remain open to one another and to the Petrine Ministry – otherwise the Church becomes politicized, nationalized, culturally constricted. The exchange between the local and global church is extremely important. And I must say that, unfortunately, those very bishops who oppose decentralization are those who have been lacking in the kind of initiatives one might have expected of them. So we had to help them along again and again. Because the more fully and actively a local church itself truly lives from the centre of faith, the more it contributes to the larger whole. It is not as though the whole Church were simply dictating to the local churches: what goes on in the local churches is decisive to the whole. When one member is diseased, says St Paul, all are. When, for example, Europe becomes poor in faith, then that is an illness for the others as well – and vice versa. If superstition or other things that should not occur there were to fall in upon another church, or even faithlessness, that would react upon the whole, inevitably. So an interplay is very important. We need the Petrine Ministry and the service of unity, and we need the responsibility of local churches.

Seewald: So you do not see any kind of break with your pontificate?

Benedict: No. I mean, one can of course misinterpret in places, with the intention of saying that everything has been turned on its head now. If one isolates things, takes them out of context, one can construct opposites, but not if one looks at the whole. There may be a different emphasis, of course, but no opposition.

Seewald: Now, after the present time in office of Pope Francis – are you content?

Benedict: Yes. There is a new freshness in the Church, a new joyfulness, a new charisma which speaks to people, and that is certainly something beautiful.

Francis and Benedict, Peter and John (Thomas L. McDonald, God and the Machine, 9-20-13)

If Pope Francis is a “radical” environmentalist, what was Pope Benedict XVI? (Carl E. Olson, The Catholic World Report, 12-29-14)

How Pope Francis’ ‘new joy’ surprised Benedict XVI (Catholic News Agency, 9-12-16) [“Pope emeritus Benedict XVI has said he is satisfied with the papacy of Pope Francis . . . he sees ‘no breach anywhere’ between his pontificate and that of his successor. ‘New accents yes, but no contradictions,’ . . .”]

Unfortunately, Money Trees Do Not Exist: If you have been aided in any way by my work, or think it is valuable and worthwhile, please strongly consider financially supporting it (even $10 / month — a mere 33 cents a day — would be very helpful). I have been a full-time Catholic apologist since Dec. 2001, and have been writing Christian apologetics since 1981 (see my Resume). My work has been proven (by God’s grace alone) to be fruitful, in terms of changing lives (see the tangible evidences from unsolicited “testimonies”). I have to pay my bills like all of you: and have a (homeschooling) wife and three children still at home to provide for, and a mortgage to pay.
*
My book royalties from three bestsellers in the field (published in 2003-2007) have been decreasing, as has my overall income, making it increasingly difficult to make ends meet.  I provide over 2600 free articles here, for the purpose of your edification and education, and have written 50 books. It’ll literally be a struggle to survive financially until Dec. 2020, when both my wife and I will be receiving Social Security. If you cannot contribute, I ask for your prayers (and “likes” and links and shares). Thanks!
*
See my information on how to donate (including 100% tax-deductible donations). It’s very simple to contribute to my apostolate via PayPal, if a tax deduction is not needed (my “business name” there is called “Catholic Used Book Service,” from my old bookselling days 17 or so years ago, but send to my email: apologistdave@gmail.com). Another easy way to send and receive money (with a bank account or a mobile phone) is through Zelle. Again, just send to my e-mail address. May God abundantly bless you.
***
Photo credit: Pope Benedict XVI (7 June 2006) [Wikimedia Commons / Creative Commons Attribution-Share Alike 2.0 Generic license]
*** 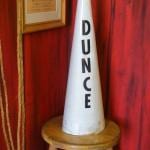 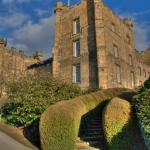 December 2, 2019 My Ancestry (English Royalty, St. Margaret, Cleopatra, Etc.)
Recent Comments
0 | Leave a Comment
Browse Our Archives
get the latest from
Biblical Evidence for Catholicism
Sign up for our newsletter
POPULAR AT PATHEOS Catholic
1