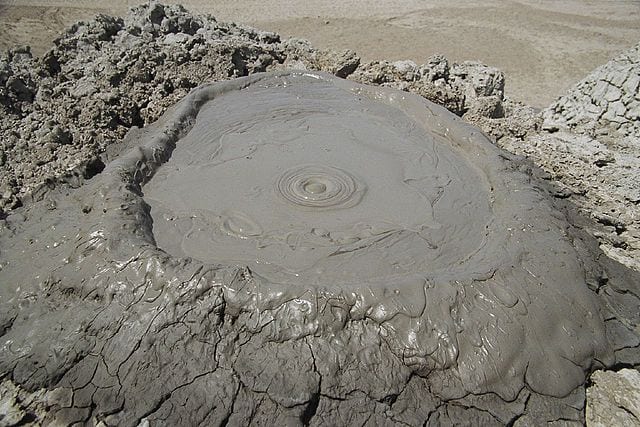 I just ran across this today in a search. It’s very illustrative insofar as it is ultra-typical of 1) the reactionary mindset, and 2) the clone-groupthink / conspiratorial fan club for Taylor Marshall mentality. This guy calls himself “Tradical” and runs the reactionary Tradicat blog.

David Armstrong’s ‘reaction’ to other ‘reactions’ is predictable, because he is not ‘culturally’ Catholic. If he was he wouldn’t write stuff like this …

Not sure what he means by this, so I won’t speculate, but surely it is stupid and false (in light of the rest of his piece), with regard to myself and the published Catholic apologetics work I’ve done now for almost 27 years. It’s simply a substanceless personal attack. If he actually had any grounds and substance to say such an idiotic thing about me, then he could have produced it, couldn’t he? But he gives us nothing. This is the usual tactic: the epithet with no evidence whatsoever provided.

However, given what happens to some converts – – – it may be for the best.

The anti-convert mentality is rampant among reactionaries and also some of the more extreme traditionalists (some of whom even absurdly attack St. John Henry Newman). It’s always been a very curious phenomenon to observe. I suspect that it derives from a combination of prideful elitism and jealousy (since converts often receive a lot of attention: usually in proportion to how dramatic their conversion was).

Then he starts citing my article (after a snippet from my Wikipedia entry):

A little background: He’s a sociologist. No biggy – good to see he got through university with something. But … this means that all of his Theology is self-taught. Like me … except I have a foundation from an SSPX school.

If it’s “no biggy” that my theological education was entirely my own (“like” his), then why bring it up at all? It’s simply more personal attack (in effect, “Armstrong has no theological degree, so he has no basis to make such a critique . . .”). I’m not a sociologist: which means a person who has attained a doctorate in sociology, and is thus a professor of sociology. I’m a widely published lay Catholic apologist.

As for being self-taught in theology, I’m (in this respect) in very illustrious company: folks like G. K. Chesterton (a journalist with no college degree at all), Malcolm Muggeridge (journalist), Frank Sheed (lawyer), C. S. Lewis (English professor), Thomas Howard (English professor), Peter Kreeft (philosophy professor), and many other successful and influential apologists. They all managed to be self-taught in theology, too.

Chesterton is virtually a “god” to reactionaries and traditionalists alike (as he is to me). I never see them attack him because of his lack of theological training or any academic degree. This silliness is only brought up today against folks they don’t agree with: people who don’t toe their ridiculous and self-refuting line.

It is mere recycled radical Catholic reactionary conspiratorialism: a sort of updated version of The Great Facade (2002; updated with a 2nd edition in 2015: in order to capitalize on the anti-Francis hysteria), by Christopher Ferrara and Thomas Woods. Marshall has been sinking more and more into the doom-and-gloom abyss of reactionary thinking for several years now.

Well this is an interesting op, but perhaps Marshall is actually beginning to realize that all is not as it seems.

He offers no refutation. This (along with my whole paper) is actually an amateur sociological analysis of the backdrop of Marshall’s book: his reactionary status.

Ah, well  this crisis didn’t start with Pope Francis, it’s been a long time in the making.

Yeah, I know that reactionaries wrongly think that (usually dating the downfall of the Church to Pope St. John XXIII), which is a major part of my point in writing my article.

But if David wants to hold his opinion that all is hunky dory, then he’s entitled to be wrong. :-)

It’s not (and never has been) my opinion that “all is hunky dory” (thus one notes that he didn’t document me saying anything of the sort). For example, I wrote in an article from January 2013:

I have stated many times and have believed for 22 years, since becoming Catholic, following my mentor, Servant of God Fr. John A. Hardon, S. J., that modernism is the greatest crisis in the history of the Church. It is its causes, origins, locations, and solutions to it that differentiate my orthodox Catholic view from [reactionaryism].

I’ve been studying and critiquing reactionary thinking since 1997 and have written two books about it (one / two) and have an extensive web page on the topic.

Interesting, but … he just has a website and this doesn’t mean he’s right.

Of course it doesn’t. Obviously, I mentioned these things to show readers that I am not new to this sort of debate, and to prove that I have been an observer and critic of reactionaryism for a long time. Period.

Yes, these two books were self-published. I also have ten books that have been published by five reputable Catholic publishers (Sophia / TAN / OSV / Catholic Answers / Chora Books) : including six with the very same one that published Taylor Marshall. All of this is perfectly irrelevant. He has to make his case; not merely make observations that have no relevance to my argument. It’s a form of the genetic  or poisoning the well fallacies.

I never claimed they were. It’s irrelevant; a non sequitur.

Anyway, I suspect that David didn’t go into it too much because he doesn’t actually seem to get into a blow-by-blow rebuttal.

This is the lone thing that he got right. This article was not intended to be a point-by-point refutation. I made this very clear in the introductory section:

I will be examining its blatant reactionary aspects and simply citing from the book (what might be called “sociological exposing of extremist elements”) and identifying plain and obvious examples of three of the four classic hallmarks of radical Catholic reactionary beliefs:

1) Pope-bashing (I will concentrate on bashing of popes other than Pope Francis).

[the fourth common element is ecumenism-bashing, which is also assuredly a strong motif in the book]

I’ve applied this same method of analysis / exposure to several of the “statements” against Pope Francis and books or articles that criticized Pope Francis and also other popes, Vatican II, and the New Mass:

I followed this up with links to many of my papers which had the same purpose. It’s not refutation per se (though it may certainly be considered an indirect or roundabout refutation); it’s religious sociology. I do also have many other papers where I offer a refutation of various reactionary claims, but that was not my purpose here.

I’m not going to read what I suspect is simply tripe so … moving on.  Sorry for wasting your time on a bit of a rant.

Exactly! If you have no rational counter-response, this is the sort of idiotic thing you say. and you expose yourself as a blowhard (especially in noting that he wouldn’t even read what he supposedly “critiques”). I read Taylor Marshall’s entire book; just as I read Phil Lawler’s pope-bashing book also (cover to cover), and recently, two atheist books that I offered partial refutations to.

Quick summary: David is simply an example of why we need to re-establish a true Catholic Culture th[at] is fostered by the Tridentine Mass.   Otherwise protestants like David will simply half-convert and still be afraid of the truth.

That’s me!: a “protestant” who is a “half-convert” and “afraid of the truth.” Believe me, I wouldn’t have spent any time on this ludicrous piece: but — and only but — for the fact that it is an absolutely “textbook” and classic instance of good ol’ ad hominem attack (sans rational argument). 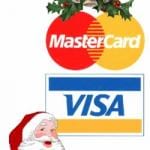 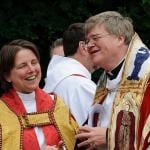 November 4, 2019 Dialogue: Are Jesus, the Bible, & the Church "Sexist"?
Recent Comments
0 | Leave a Comment
Browse Our Archives
Follow Us! 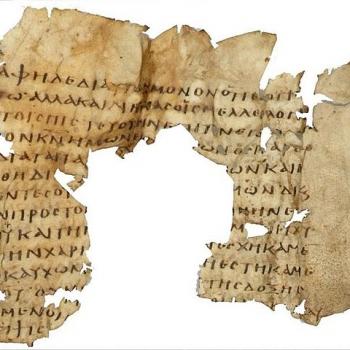