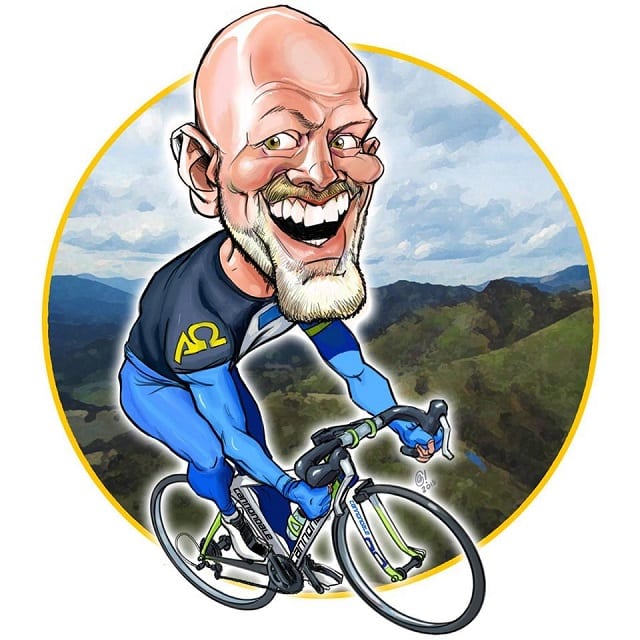 Reformed Baptist anti-Catholic apologist Bishop “Dr.” [???] James White wrote a book in 1990, entitled, Answers to Catholic Claims (Southbridge, Massachusetts: Crowne Publications). He was kind enough to give me a free copy in 1995 at the time of our lengthy postal debate. Bishop White’s words will be in blue.

Until the teaching magisterium of the Catholic church officially and formally dogmatizes a particular teaching, claiming it comes from “tradition,” it is not known whether those “beliefs” that are held by many Roman Catholics are actually a part of the “tradition” or not.

The problem is that this argument is just as effective against his own distinctive Protestant beliefs. If I may be so bold as to paraphrase the good bishop and turn his argument back onto him:

Until the teaching magisterium of the Catholic church officially and formally dogmatized a particular set of books in the biblical canon, claiming it comes from “tradition,” it was not known for sure whether the “beliefs” regarding the canonicity of several individual New Testament books that were held by many Catholics were actually a part of the canon “tradition” or not.

Let’s take a closer look at this. It’s an argument from analogy. Remember, White’s argument is against sacred tradition. Now I have applied the same reasoning to the biblical canon, to see how analogous it really is. In other words: White and Protestants can accept a long, confusing, almost 400-year process of canonization with no problem, so why not also a long process to proclaim with definite dogmatic certainty, Catholic doctrines that they do not accept?

The only difference is that White “likes” the biblical canon (minus seven books), but he does not like the Marian doctrines, purgatory, the papacy, and so forth. Nevertheless, the historical processes were largely the same for both. Sometimes Catholic developments for certain doctrines took quite a while longer, but the essential process was the same.

I summed up some of the confusing historical details regarding the canon of the New Testament in a 2006 paper:

St. Justin Martyr, St. Clement of Alexandria, Tertullian, and Origen all cite or allude to it, but do not specifically refer to it as canonical or inspired Holy Scripture. . . .

As for books eventually decided to not be part of the biblical canon: The Acts of Paul was accepted by Origen, and appeared in Greek, Latin, Syriac, Armenian, and Arabic translations. The Gospel of Hebrews was accepted by St. Clement of Alexandria. 1 and 2 Clement and Psalms of Solomon were included in the Codex Alexandrinus from the early fifth century. Eusebius (Ecclesiastical History, 3, 16) tells us that 1 Clement had been read in many churches. The Epistle to the Laodiceans, known to be a forgery by St. Jerome, was included in many Bibles from the sixth to fifteenth centuries; even reappearing in 16th-century German and English Protestant Bibles. . . .

Justin Martyr also repeatedly cites a work called Memoirs of the Apostles (e.g., ten times in his Dialogue With Trypho). St. Athanasius thought The Didache was good enough to include alongside the canonical books, in the same list where he first lists the 27 NT books, and to be profitably read in churches for edification . . . St. Cyril of Jerusalem (d. 386) took the same position . . ., as did Rufinus (d. 410).

In a 2017 article on the biblical canon, I observed:

Numerous books were disputed up until the fourth century: notably, Hebrews, James, Revelation, 2 and 3 John, and Jude, and also including 2 Peter: the very book that is cited as corroborating the Pauline corpus. The 1910 Catholic Encyclopedia, in its article on the “Epistles of St. Peter” chronicles the uncertainty about this book in the early Church:

In the first two centuries there is not in the Apostolic Fathers and other ecclesiastical writers, if we except Theophilus of Antioch (180), a single quotation properly so called from this Epistle  . . . In the Western Church there is not explicit testimony in favour of the canonicity and Apostolicity of this Epistle until the middle of the fourth century. Tertullian and Cyprian do not mention it, . . .  Eusebius of Caesarea (340), while personally accepting II Peter as authentic and canonical, nevertheless classes it among the disputed works (antilegomena), . . . St. John Chrysostom does not speak of it, . . .

Some notion of suffering, or disadvantage, or punishment after this life, in the case of the faithful departed, or other vague forms of the doctrine of Purgatory, has in its favour almost a consensus of the first four ages of the Church. (An Essay on the Development of Christian Doctrine, University of Notre Dame Press, 1989, from the 1878 edition of the original work of 1845, p. 21)

Newman then recounted sixteen Church fathers who hold the view in some form. But in comparing this consensus to the doctrine of original sin, we find a fascinating thing:

It’s a serious problem for Protestantism that it inconsistently rejects many doctrines that have a consensus in the early Church, such as purgatory, the papacy, bishops, the Real Presence, various Marian doctrines, regenerative infant baptism, apostolic succession, and intercession of the saints, while accepting others with far less explicit early sanction, such as original sin.

The divinity of Christ was dogmatically proclaimed only at the “late” date of 325, the fully worked-out doctrine of the Holy Trinity in 381, and the Two Natures of Christ (God and Man) in 451, all in Ecumenical Councils which are accepted by most Protestants.

All that doctrine developed was the idea that this sinlessness extended back to Mary’s conception and original sin. Nothing much was added to the thinking concerning Mary’s Immaculate Conception, since the time of Duns Scotus (c. 1266-1308). According to the Wikipedia article devoted to him:

Citing Anselm of Canterbury’s principle, “potuit, decuit, ergo fecit” (He [i.e., God] could do it, it was appropriate, therefore He did it), Duns Scotus devised the following argument: Mary was in need of redemption like all other human beings, but through the merits of Jesus’ crucifixion, given in advance, she was conceived without the stain of original sin. God could have brought it about (1) that she was never in original sin, (2) she was in sin only for an instant, (3) she was in sin for a period of time, being purged at the last instant.

The problem is that Bishop White (like many anti-Catholic Protestant apologists) doesn’t fully comprehend the development of doctrine. So, for example, he wrote to me in May 1995:

You said that usually the Protestant misunderstands the concept of development. Well, before Newman came up with it, I guess we had good reason, wouldn’t you say? . . . those who hang their case on Newman and the development hypothesis are liable for all sorts of problems . . . And as for Newman’s statement, “to be deep in history is to cease to be a Protestant,” I would say, “to be deep in Newman is to cease to be an historically consistent Roman Catholic. (part of a lengthy exchange now uploaded as Is Catholicism Christian or Not?)

To say “Newman came up with it” is abominably ignorant, as it was clearly being discussed by St. Augustine and St. Vincent of Lerins in the 4th and 5th centuries. Cardinal Newman merely developed the thinking of development of doctrine, which had been going on for at least 1400 years. He didn’t “invent” anything out of thin air. Moreover, it can be shown in several ways to be a teaching of Holy Scripture as well:

Sadly, we can’t reasonably expect this to happen anytime soon, and so White will keep making wrongheaded arguments such as this one.

Photo credit:  caricature of James White, who is an avid bicyclist, done by his own commissioned artist, Angel Contreras (August 2015). 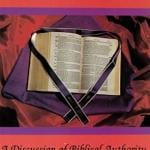 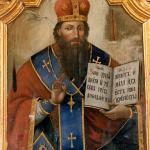