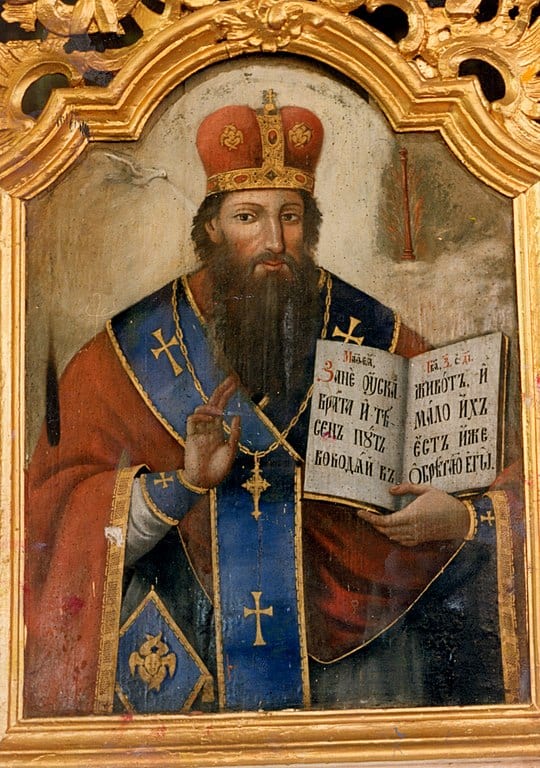 If custom is to be taken in proof of what is right, then it is certainly competent for me to put forward on my side the custom which obtains here. If they reject this, we are clearly not bound to follow them. Therefore, let God-inspired Scripture decide between us; and on whichever side be found doctrines in harmony with the word of God, in favor of that side will be cast the vote of truth. (Letter 189 [To Eustathius the Physician, Vol. VIII] )

Apparently, this is quite the popular “patristic prooftext” of sola Scriptura. It’s also found in the article, “Basil of Caesarea: A Champion of Sola Scriptura” (Matthew Ervin, 5-11-14), The Shape of Sola Scriptura: a 2001 book by Keith A. Mathison, p. 35, and David T. King and William Webster’s self-published book (also from 2001): Holy Scripture: The Ground and Pillar of Our Faith: Volume III: The Writings of the Church Fathers Affirming the Reformation Principle of Sola Scriptura” (pp. 72-73).

White commented on the passage as follows:

Basil was content to allow that divine document to stand as judge between him and his opponents. . . . he referred to that which was binding on all Christians in all places at all times: the Scriptures. (p. 55)

Now to his great credit, White at least qualifies this somewhat in footnote 2 for this chapter (p. 235). I think he does this because he knows full well (if he simply read the relevant passages) that this is not the sum total of all of Basil’s thought on matters of authority and the Christian rule of faith. In this way, he saves himself from complete intellectual dishonesty:

It does not follow that every man who confesses the ultimacy of Scripture will exhibit perfect application of this truth in his life or doctrine. I would say Basil, for example, at times allowed his traditions to override the testimony of Scripture.

White (praise be to God!) didn’t descend to the stupefying, utterly uncomprehending (and flat-out dishonest) views of his buddies King and Webster (book above), who breathtakingly stated:

[I]t is the Reformation principle of sola Scriptura which [is] true to the ancient faith and practice of the Church and that it is, in fact, the Roman Catholic Church which has misrepresented the Church fathers . . . (pp. 9-10)

Basil made the liturgical custom of baptizing in the threefold name a pivot in his argument for the coequality of the Spirit with Father and Son, pleading that the apostolic witness was conveyed to the Church in the mysteries as well as in Scripture, and that it was apostolic to abide by this unwritten tradition. (Early Christian Doctrines, HarperSanFrancisco, revised 1978 edition, 45)

I have written two lengthy and comprehensive articles on St. Basil’s view of Christian authority (including the Bible):

I summed up in the second article:

[T]he fathers, including St. Basil, do not oppose Scripture to the binding authority of the Church and apostolic tradition: all are regarded as perfectly harmonious and complementary. . . .

[The King and Webster collection of Basil citations] gives us a thorough survey of St. Basil’s view of Scripture. No problem for Catholics here at all. But there is a huge problem for sola Scriptura Protestants, when we also look at what Basil wrote about tradition, including oral tradition, and the Church. So why don’t we take a few minutes to examine the whole picture now, rather than a slanted, one-sided presentation for polemical purposes, that deliberately ignores all of this other relevant data (which amounts — I would argue — to sophistry and half-truth).

Since I massively documented Basil’s overall views on Christian authority in those two papers, I need not do so again. But here’s a good chunk of the highlights (all that follows is from St. Basil the Great):

Can I then, perverted by these men’s seductive words, abandon the tradition which guided me to the light, which bestowed on me the boon of the knowledge of God, whereby I, so long a foe by reason of sin, was made a child of God? (The Holy Spirit, 10)

Scripture, however, in the case of baptism, sometimes plainly mentions the Spirit alone.“For into one Spirit,” it says, “we were all baptized in one body.” And in harmony with this are the passages: “You shaft be baptized with the Holy Ghost,” and “He shall baptize you with the Holy Ghost.” But no one on this account would be justified in calling that baptism a perfect baptism wherein only the name of the Spirit was invoked. For the tradition that has been given us by the quickening grace must remain for ever inviolate. (The Holy Spirit, 12)

But we do not rest only on the fact that such is the tradition of the Fathers; for they too followed the sense of Scripture, and started from the evidence which, a few sentences back, I deduced from Scripture and laid before you. (The Holy Spirit, 16)

The one aim of the whole band of opponents and enemies of “sound doctrine” is to shake down the foundation of the faith of Christ by levelling apostolic tradition with the ground, and utterly destroying it. (The Holy Spirit, 25)

Now one of the institutions of Gregory is the very form of the doxology to which objection is now made, preserved by the Church on the authority of his tradition; . . . (The Holy Spirit, 29)

. . . novel and unfamiliar doctrines which they allege to be deduced from the teaching of Scripture . . . These, brethren, are the mysteries of the Church; these are the traditions of the Fathers. Every man who fears the Lord, and is awaiting God’s judgment, I charge not to be carried away by various doctrines. If any one teaches a different doctrine, and refuses to accede to the sound words of the faith, rejecting the oracles of the Spirit, and making his own teaching of more authority than the lessons of the Gospels, of such an one beware . . . (Letter #261)

It has seemed to me to be desirable to send a letter to the bishop of Rome, begging him to examine our condition, and since there are difficulties in the way of representatives being sent from the West by a general synodical decree, to advise him to exercise his own personal authority in the matter by choosing suitable persons to sustain the labours of a journey,—suitable, too, by gentleness and firmness of character, to correct the unruly among us here; . . .  ( Letter #69 to St. Athanasius, 1-2)

Nearly all the East (I include under this name all the regions from Illyricum to Egypt) is being agitated, right honourable father, by a terrible storm and tempest. The old heresy, sown by Arius the enemy of the truth, has now boldly and unblushingly reappeared. Like some sour root, it is producing its deadly fruit and is prevailing. . . . I have looked upon the visit of your mercifulness as the only possible solution of our difficulties. Ever in the past I have been consoled by your extraordinary affection; and for a short time my heart was cheered by the gratifying report that we shall be visited by you. . . . For I well remember learning from the answers made by our fathers when asked, and from documents still preserved among us, that the illustrious and blessed bishop Dionysius, conspicuous in your see as well for soundness of faith as for all other virtues, visited by letter my Church of Cæsarea, and by letter exhorted our fathers, and sent men to ransom our brethren from captivity. . . . Should you not, even now, be moved to succour us, ere long all will have fallen under the dominion of the heresy, and you will find none left to whom you may hold out your hand. (Letter #70 to Pope Damasus) 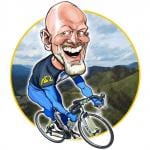 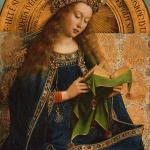