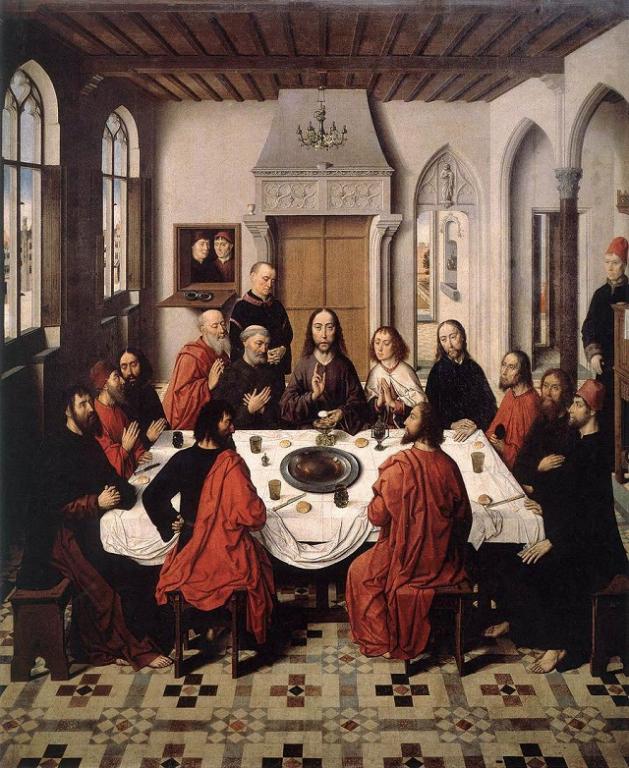 Today we hear the argument that “men and women are equal in Christ, so why can’t a woman be a priest? Jesus certainly didn’t discriminate in this way!”

The Church’s all-male priesthood doesn’t signify in the first place that women are inferior to men (Gal. 3:28: “There is neither Jew nor Greek, there is neither slave nor free, there is neither male nor female; for you are all one in Christ Jesus.”), only that they have different roles to play within the Body of Christ.

One reason for the male-only priesthood is very straightforward: Jesus Christ was a man. During Mass a priest stands in place for Christ (since it is, properly speaking, Christ Himself, not the priest, who offers the Sacrifice and performs the supernatural consecration), thus it is fitting that men only are ordained. Accordingly, none of the twelve disciples chosen by Jesus to be the first priests were women. And Scripture presupposes that only men were to be ordained and to serve as priests or elders or bishops (1 Cor. 9:5: “accompanied by a wife, as the other apostles”; 1 Tim. 2:12; 3:2, 12: “husband of one wife”).

Neither Jesus nor the Church, in following Jesus, can rightly be accused of “sexism.” Indeed, the very highest, most exalted and sublime of God’s created beings – Jesus’ own mother, the Blessed Virgin Mary – is a woman; no man ever had the immense, unfathomable honor of “bearing God.” It was a woman who had the privilege first to see the risen Jesus (Mary Magdalene: John 20:11-18), and of course Jesus showed extraordinary regard for women throughout His public Ministry.

By the same token, the Catholic Church reveres women in its official documents and teachings, and offers as role models many strong, brilliant women saints and biblical heroines from throughout the Church and salvation history. No Church can be sexist that exalts such women as St. Catherine of Siena, St. Teresa of Avila, St. Therese of Lisieux, St. Edith Stein, St. Hildegard of Bingen, and St. Teresa of Calcutta (Mother Teresa).

Perhaps “unisexists” object also to the fact that God chose to become incarnate in a male body? Maybe God should have come as a sexless eunuch or a woman? On what basis can mere fallen human beings (of either sex) question the will and wisdom of Almighty God? Many of this mindset justify their views by questioning of Holy Scripture (either its content, or its faithful manuscript transmission).

But very few scholars would deny that Jesus was a man. The Catholic Church can’t call to the priesthood a woman who wasn’t given a certain gift and vocation — by virtue of God’s will – any more than it could call a man to bear a child and suckle it after birth.

To the contrary, gender roles come from Jesus Himself, before anyone can theorize about whether men tried to dominate and subvert the Church for unsavory chauvinistic ends. In other words, it is a “pre-historical” consideration (i.e., pre-Church history) going back to the roots of Christianity. Jesus didn’t specifically say, “Do not ordain women,” yet He did not include women among His disciples, whom Catholics believe were the model for the priesthood.

He gave no indication of being “anti-woman,” and wasn’t shy to overturn conventions. Indeed, His whole life can be seen as a revolutionary subversion of the social order. Thus, if it were His will that women should be priests, certainly that would have been made clear, and some of the disciples would have been women.

Also, if it were God’s will to have women priests, then it surely would have happened, because Catholics believe in faith that the Holy Spirit guides the Church. God can overcome any obstacle, including men that wanted to “keep women down” or exclude them for improper reasons. But if someone believes that God is unable to work His purposes despite a “patriarchal culture,” then the problem lies in lack of faith in God, or in falsely accusing God Himself.

The existence of roles of greater and lesser authority do not mean that those with one role are greater or lesser than others. If women are supposedly unequal to men in the Catholic Church (and Christianity, generally), then Jesus is also not equal to the Father, since He subjected Himself to the Father (Phil. 2:5-8; cf. 1 Cor. 11:3; 15:28) and even to Mary and Joseph (Lk. 2:51). The Holy Trinity itself provides an edifying analogy, showing us a clear example of an equality that nevertheless includes (by its very nature) subjection and differential roles.

Unfortunately, Money Trees Do Not Exist: If you have been aided in any way by my work, or think it is valuable and worthwhile, please strongly consider financially supporting it (even $10 / month — a mere 33 cents a day — would be very helpful). I have been a full-time Catholic apologist since Dec. 2001, and have been writing Christian apologetics since 1981 (see my Resume). My work has been proven (by God’s grace alone) to be fruitful, in terms of changing lives (see the tangible evidences from unsolicited “testimonies”). I have to pay my bills like all of you: and have a (homeschooling) wife and two children still at home to provide for, and a mortgage to pay.
*
My book royalties from three bestsellers in the field (published in 2003-2007) have been decreasing, as has my overall income, making it increasingly difficult to make ends meet.  I provide over 2700 free articles here, for the purpose of your edification and education, and have written 50 books. It’ll literally be a struggle to survive financially until Dec. 2020, when both my wife and I will be receiving Social Security. If you cannot contribute, I ask for your prayers (and “likes” and links and shares). Thanks!
*
See my information on how to donate (including 100% tax-deductible donations). It’s very simple to contribute to my apostolate via PayPal, if a tax deduction is not needed (my “business name” there is called “Catholic Used Book Service,” from my old bookselling days 17 or so years ago, but send to my email: apologistdave@gmail.com). Another easy way to send and receive money (with a bank account or a mobile phone) is through Zelle. Again, just send to my e-mail address. May God abundantly bless you.
*
*** 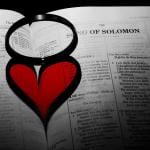 February 9, 2020
Dialogue: Is Catholic Virginity an “Anti-Sex” Viewpoint?
Next Post 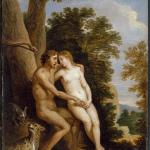 February 11, 2020 Dialogue: Are Paul, the Bible, & Catholicism Against Sex?
Recent Comments
0 | Leave a Comment
"You have written well about Erasmus. But, I don't think that is the view that ..."
Prasanth Erasmus-Luther Correspondence: 1517 to 1534
"Thanks for letting me know. I will stop following them from now on."
Prasanth Did Moses Exist? No Absolute Proof, ..."
"Sorry, I just wanted you to react with that. Never expected it to be such ..."
Prasanth Did Moses Exist? No Absolute Proof, ..."
"We didn't but Gnu Atheists need their argumentum ad hominem. Cheers brother."
Jim the Scott Did Moses Exist? No Absolute Proof, ..."
Browse Our Archives
get the latest from
Biblical Evidence for Catholicism
Sign up for our newsletter
POPULAR AT PATHEOS Catholic
1

Catholic
Reply to Two Confessions: On the Church &...
Biblical Evidence for Catholicism
TRENDING AT PATHEOS Catholic