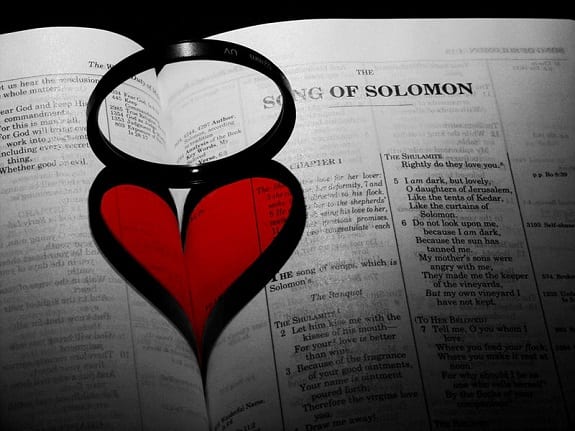 This came about in the combox for my post, Why Believe in Mary’s perpetual Virginity? JD Eveland, an agnostic, with whom I’ve been having amiable discussions, asked the question (his words in blue).

Dave, I hope that you don’t see this as inappropriate; I assure you that this is a serious question. (If you want to delete this, I understand; but I hope not, since it opens up a wide range of questions.) My question, in short, is why is there value and virtue associated with virginity? In almost every area of life, experience is preferable to inexperience; not with young women. There, even a little experience can devalue the person completely.

It seems to me clear that the main message of the Mary stories is that sex is essentially bad, and only someone who doesn’t have any experience with it at all is the ideal to be achieved. Of course, this then inevitably dooms all women who marry to be lesser things than they were earlier – they have been defiled by the very act that defines marriage. Is this really the message that the Church wants circulated? “Just say no” is hardly a viable strategy for sexuality in the long run.

As I have explained, in order to have an incarnate God, He has to come about in a way that is not the usual reproductive method.

That entails the virgin birth (“with child by the Holy Spirit” rather than by a man).

Perpetual virginity is an extension of the supernatural nature of the birth. If Mary had had other children, skeptical people like you, who reject the virgin birth as it is, would have more “grounds” to doubt that Jesus’ birth was supernatural and miraculous.

I don’t see how this has anything whatever to do with an “anti-sex” message. Sexuality is only tangentially involved insofar as sex is the way that human beings are normally conceived. Since this is a miraculous conception, sex could not be involved.

Your view is like arguing that a person who wants to get to the top of a hill by a method other than walking is “anti-walking.” Does that make any sense? No . . .

Now, how one gets to the virgin birth / perpetual virginity scenario to an imaginary position that all of this somehow is an “anti-sexual” point of view, perhaps you can explain to me. It’s not actually there. It’s merely projected onto the state of affairs by those who already believe that the Church is “against sex” merely (mostly, it seems to me) because it has sensible rules (another whole discussion).

It’s like saying that one is “against beer drinking” because one believes that it is sensible to not drink five bottles of beer and then drive a car. Is that against beer itself or is it for a sensible use of a substance that alters cognitive abilities?

Now, going beyond Mary and the birth of Jesus, the biblical, Christian view of virginity is that it’s a great state if one is called to it. Paul teaches (1 Corinthians 7) that all should follow the calling that God gave them. If they are called to be single (which in biblical morality, means celibate), this is good, because (as he says) the single person can give undistracted attention to the Lord, whereas the married person is naturally concerned about wife or husband, too.

Both states are, therefore, exalted. The consecrated virgin is considered to be “married to the Lord”. Marriage is a sacrament. It gives grace to those who are married.

I have found that it’s only in the Catholic Church that a single, celibate person is considered valuable, and not defined merely by the lack of a mate. Every other institution and our society (generally speaking) tend to look down upon single people as freaks, weirdos, oddballs, misfits, incomplete, inadequate, people that don’t fit in.

Protestants and Orthodox insist upon married clergy. Our view (Roman Rite / Western / Latin Catholicism) is that we prefer priests to be among the category of people who have totally devoted themselves to God, as consecrated virgins: a heroic sacrifice made for the sake of God. But Eastern Catholics allow and encourage married priests. This is a matter of discipline, and not dogma (thus, it could change).

Again, that hasn’t the slightest to do with some supposed antipathy to sex. If you want that, you have to go to ancient Gnostic views or Puritanism or Victorianism: that sort of thing.

You can’t find a single passage in the Bible whereby a married woman becomes “defiled” by marital sexuality. It’s not a sin! Extramarital sex is the sinful activity, not marital sex. There are passages about the Law that have to do with menstruation, etc., but that had to do with ritual purity: not sin. It was a symbolic thing.

There is not a single passage in the Bible that states that “marital sex is evil / wicked / bad.” If you’re so sure that Catholicism is “anti-sex” then surely you could produce one or more such passages. But it can’t be done because they don’t exist. And you ought to know that already, since you say you’ve studied the Bible a lot.

If you think the Bible is anti-sex, you need to read Song of Solomon, very slowly. The very relationship of God and His people is compared repeatedly to that of a groom and his bride. So how could we possibly arrive at a notion that “sex is bad” if God chose to use a sexual relationship as a description of His relations with human beings?

He would be using a sin to describe Himself, and of course, that’s not possible in a Christian, biblical worldview, where God is perfectly holy and without sin. 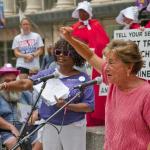 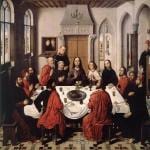 February 10, 2020 Is Catholic Male-Only Priesthood Inherently Sexist?
Recent Comments
0 | Leave a Comment
"Well, what can I say. When I was a kid, there was Bishop Sheen, and ..."
VicqRuiz Traditionis Custodes: Sky Hasn’t Fallen (Bishops)
"DID YOU READ MY ARTICLE OR NOT?"
Dave Armstrong Traditionis Custodes: Sky Hasn’t Fallen (Bishops)
"Nobody is pope-bashing. I've not bashed a single pope here. I'm simply stating that while ..."
Dave G. Traditionis Custodes: Sky Hasn’t Fallen (Bishops)
"I'm not offended. You're the one who is offended (by the pope). I already acknowledged ..."
Dave Armstrong Traditionalist Fr. Chad Ripperger Critiques Traditionalism
Browse Our Archives
get the latest from
Biblical Evidence for Catholicism
Sign up for our newsletter
POPULAR AT PATHEOS Catholic
1