Should God the Father be Visually Depicted in Paintings? 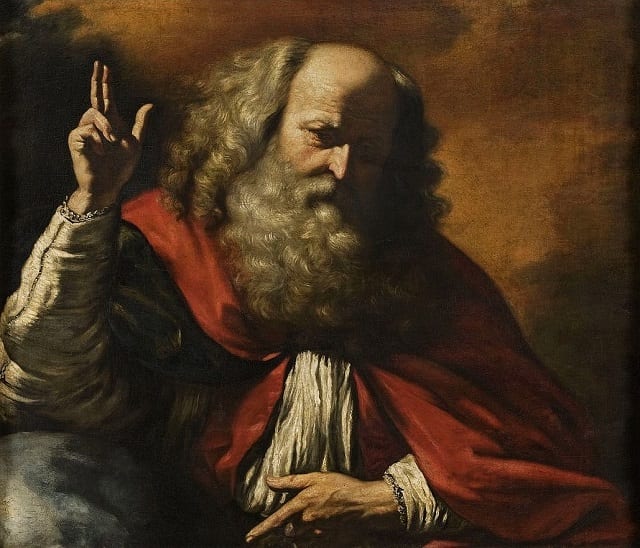 Yes, as long as it is understood as “artistic license”. Literally speaking, the Bible teaches that God the Father is an invisible spirit (Col 1:15; 1 Tim 1:17). I think it is permissible to portray the “idea” of God the Father visually, just as the equally invisible Holy Spirit was portrayed (by God’s express design) as a dove at Jesus’ baptism (see Mt 3:16; Mk 1:10; Lk 3:22; Jn 1:32).

Likewise, God the Father on several occasions in the Old Testament presented Himself visually in the form of the “Angel of the Lord” or in what are known as “theophanies” (see, e.g., Ex 3:2-6 for one “famous” example).

This being the case, paintings of God the Father, though not literal to His nature, are permissible, since the Bible permits similar representations of the Father and the Holy Spirit (neither of Whom has a body or physicality).

Moreover, there is even some biblical basis for visualizing God the Father as the stereotypical old man with white hair. The prophet Daniel saw this in one of his “visions” (Dan 7:7):

Daniel 7:9 As I looked, thrones were placed and one that was ancient of days took his seat; his raiment was white as snow, and the hair of his head like pure wool; his throne was fiery flames, its wheels were burning fire.  (cf.  Rev 1:13-15, which describes Jesus in similar fashion)

July 9, 2020 Satan Tempting Jesus as a Proof of His Divinity
Recent Comments
0 | Leave a Comment
Browse Our Archives
Related posts from Biblical Evidence for Catholicism