Case Study of the Saying, “Heresy Begins Below the Belt” 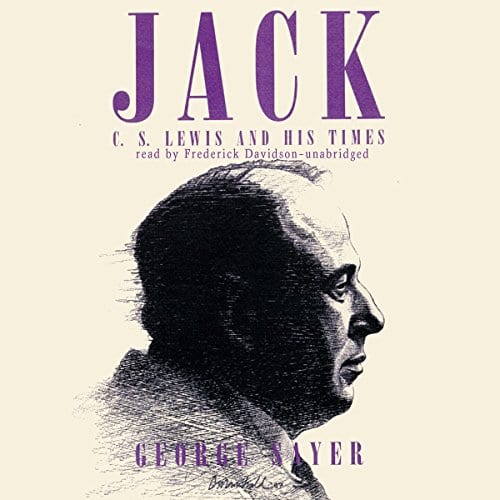 The above saying expresses the notion that sexual urges and drives and acts (i.e., outside of heterosexual marriage and procreation) run contrary to a theology that defines many of them as intrinsically immoral. Therefore, the person who enjoys these thoughts and acts tends to want to reject the theology rather than their own chosen sexuality. And so they wander off into heresy because of this.

Perhaps the classic expression of this mentality is the famous statement of the English writer and philosopher Aldous Huxley (1894-1963): author of almost fifty books; most notably, Brave New World (1932) and The Doors of Perception (1954). Coincidentally, he died, along with President Kennedy, on the same day that Lewis did. In his 1937 collection of essays, Ends and Means, Huxley wrote:

I had motives for not wanting the world to have a meaning; and consequently assumed that it had none, and was able without any difficulty to find satisfying reasons for this assumption. The philosopher who finds no meaning in the world is not concerned exclusively with a problem in pure metaphysics. He is also concerned to prove that there is no valid reason why he personally should not do as he wants to do. For myself, as no doubt for most of my friends, the philosophy of meaninglessness was essentially an instrument of liberation from a certain system of morality. We objected to the morality because it interfered with our sexual freedom. The supporters of this system claimed that it embodied the meaning – the Christian meaning, they insisted – of the world. There was one admirably simple method of confuting these people and justifying ourselves in our erotic revolt: we would deny that the world had any meaning whatever. [my added italics]

In reading the highly regarded biography of Lewis by his friend George Sayer, entitled Jack: C. S. Lewis and His Times (Harper & Row, 1988), I was surprised to learn that young Lewis (around the ages of 13-15) lost his initial Christian faith — according to Sayer’s account — because of falling into a regular practice of masturbation. This, and what Huxley describes, support my long-time contention as an apologist, that loss of faith and apostasy far too often (if not usually) occur as a result of non-rational processes and urges, rather than Christianity failing the test of serious intellectual examination. Sayer writes on page 31 of his book:

Of course, he struggled against it, but the agony of the struggle intensified the sense of guilt. He resolved fiercely never to do it again, and then suffered over and over the humiliation of failing to keep his resolution. His state, he tells us, was that described by Saint Paul in Romans 7:19-24: “. . . for the good that I would do, I do not: but the evil that I would not, that I do. . . . I delight in the law of God . . . but I see another law in my members, warring against the law of my mind. . . . O wretched man that I am who shall deliver me from the body of this death?”

He prayed, too, and, because his prayers were not answered, he soon lost his faith. . . .

To attain psychological balance, he had to suppress his strong feelings of guilt, a feat he accomplished by rejecting Christianity and its morality. He went in for bravado, blasphemy, and smut, startling and shocking the boys who knew him best.

I’d like to analyze the “philosophical / apologetic” ramifications of this for a moment. I can imagine an atheist or one otherwise skeptical of Christianity (or particularly of Catholic Christianity) saying, “well, how can you blame young Lewis? After all, he sincerely resolved to end his practice, which he [wrongly] felt to be wrong, and sincerely prayed to God for aid in that resolve, and God [assuming for the sake of argument that he does exist] failed him. Is that not, then, God‘s fault, rather than his own?”

Like so many “armchair” garden variety atheist arguments (real or so-called), this one appears only at first glance to have weight and force. As a matter of indisputable fact, there are a number of seriously addictive or obsessive behaviors that human beings willingly begin and fall into, only to find later on that they are in “bondage”, would like to cease, and alas, cannot. Usually at first, it’s not understood that the behaviors will become so controlling and addictive.  But once one is caught by the behavior, it’s very difficult to escape.

But whose fault is that? Is it God’s or the person who began the journey into the behavior? I would contend that it’s the latter, and that recourse to blaming God is simply blame-shifting. One can imagine many addictions, whether it is, for example, pedophilia, or smoking cigarettes, or various drug habits, or wife-beating, or gluttony, or rampant sexual promiscuity. Even intrinsically good things can become addictive and destructive; say, for example, that a man wants to read books or do gardening all day long, and as a result, neglects his duty to make a living.

We start these things and then in foolish pride, we want to blame someone else when it’s clear that we are engaged in unhealthy, destructive behavior. God is one such misguided target, because we can always convince ourselves that “God ought to enable me to stop if I ask Him.” Therefore, if He doesn’t do so, we can say that He is either weak or nonexistent. It’s a variation of the old “problem of evil” objection to Christianity.

On the other hand, I am certainly not denying altogether that there is such a thing as divine grace or power to overcome sin and evil. St. Paul tells us that “I can do all things in him who strengthens me” (Phil 4:13, RSV) and that “in all these things we are more than conquerors through him who loved us” (Rom 8:37). I and virtually any serious Christian have experienced this help many times, and indeed, highly successful groups such as Alcoholics Anonymous presuppose that it exists in order to help alcoholics stop drinking.

So I’m not discounting that per se. What I’m saying is that it is unreasonable to demand that God (an omniscient Being infinitely higher than we are, and therefore, obviously often inexplicable to us as a result, as we would be to an ant) do what I want right now; under the pain of being rejected or disbelieved if He does not. God is under no obligation to perform any given miracle or to answer any and every prayer. He does what He does in His own time, for His own inscrutable reasons and providential purposes, and Christianity fully understands this. Biblical prayer is not automatic and unconditional, as I explained to two atheist apostates (Seidensticker and Madison).

The same Bible that contains the above verses also includes the book of Job, in which a most righteous (“blameless”) person terribly suffers for seemingly no reason. The same Paul who wrote those verses, had God turn down his request to remove a “thorn in the flesh” from him. God is not a magic wand or our own personal sock puppet, to maneuver as we will.

All this becomes simply a pretext for a rejection of God that was already present in kernel form. “Either God does X or I’m through with Him!” It’s kindergarten spirituality and rationalization of self-excess or an exaggerated sense of pseudo-“freedom.” It’s the initial sin of Adam and Eve and the devil: choosing their self-will over God’s. Aldous Huxley (admirably) admitted that this was what he was doing. 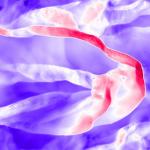 July 26, 2020
Reply to Protestant Challenges Re Eternal Security
Next Post

August 11, 2020 Is Vatican II Analogous to "Failed" Lateran Council V?
Recent Comments
0 | Leave a Comment
"“Enter through the narrow gate. For wide is the gate and broad is the road ..."
🗣 The Voice of Reason 👑 The Bible on Slander, Gossip, the ..."
"“Those who judge are always wrong, because they put themselves in the place of GOD, ..."
🗣 The Voice of Reason 👑 Pope Francis the “Heterodox Liberal” (?????)
"It is indeed a beautiful and instructive passage on how we all should behave."
🗣 The Voice of Reason 👑 New Testament Passages on Love: A ..."
"Another crackpot historical biblical criticism theory...It is too bad that Pearce can't apply some of ..."
Paul Hoffer Pearce’s Potshots #49: Homer & the ..."
Browse Our Archives
get the latest updates from
Biblical Evidence for Catholicism
and the Patheos
Catholic
Channel
POPULAR AT PATHEOS Catholic
1