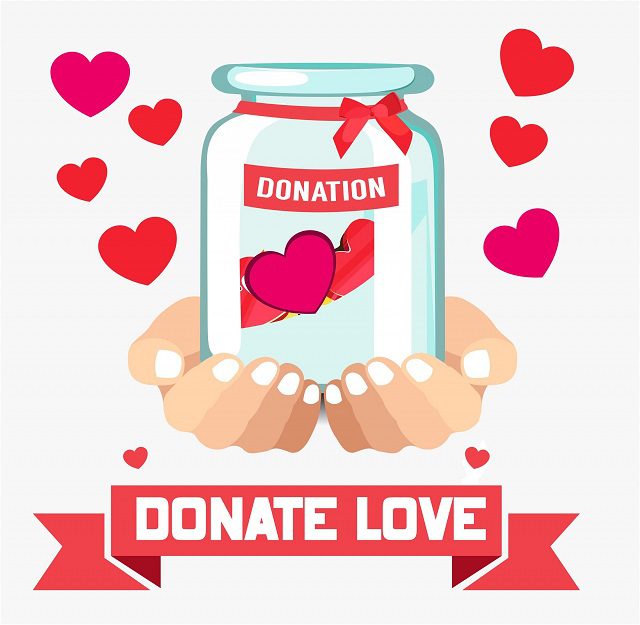 This is my sixth piece on Doubting Thomas and the issue of a supposedly “unfair” God, in response to Jonathan. I’ll be replying in the near future to additional papers of his on the same general topic. See the previous installments:

This is a reply to Jonathan’s article, “God’s Mercy REQUIRES God’s Unfairness” (5-5-21). He was primarily responding to someone else. I don’t want to interfere with that person’s dialogue and he can defend his own views. But I’d like to concentrate on one thing Jonathan wrote:

This gets onto the argument that looks at whether Christians are, by point of fact of believing in God, better people on balance than non-Christians. If there is no difference between humans on account of their beliefs insofar as their moral character and actions, then belief in God is irrelevant to evaluating the moral worth of any given human. . . .

If earthly belief in God does, on balance, make humans better, then an uneven distribution of evidence for belief in God does indeed have a direct impact on earthly value of human life, since belief (on balance) makes you a better human. Therefore, uneven distribution of evidence for the existence of God has a direct implication on the earthly value of human life. It’s not just about heaven and hell.

Jonathan’s “direction” in making these remarks is to somehow indict God for unfairness. He has adopted incorrect premises all through that discussion, as I and others have shown again and again. My interest here is in showing sociological evidence that being more religious does in fact make us “a better human.” The only relatively objective way to determine that is through social science and the methodology of the controlled poll.

I found a related article from a site called Philanthropy Roundtable, entitled, “Less God, Less Giving?: Religion and generosity feed each other in fascinating ways” (Karl Zinsmeister, Winter 2019). I shall cite it at length (because there is so much great and relevant information in this article):

When researchers document how people spend their hours and their money, religious Americans look very different from others. Pew Research Center investigators examined the behavior of a large sample of the public across a typical seven-day period. They found that among Americans who attend services weekly and pray daily, 45 percent had done volunteer work during the previous week. Among all other Americans, only 27 percent had volunteered somewhere. (See graph 7)

The capacity of religion to motivate pro-social behavior goes way beyond volunteering. Religious people are more involved in community groups. They have stronger links with their neighbors. They are more engaged with their own families. Pew has found that among Americans who attend worship weekly and pray daily, about half gather with extended family members at least once a month. For the rest of our population, it’s 30 percent. (See graph 8)

Of all the “associational” activity that takes place in the U.S., almost half is church-related, according to Harvard sociologist Robert Putnam. “As a whole,” notes Tim Keller,  “secularism is not good for society.” Secularism “makes people very fragmented—they might talk about community, but they aren’t sacrificing their own personal goals for community, as religion requires you to do.”

Religious practice links us in webs of mutual knowledge, responsibility, and support like no other influence. Seven out of ten weekly church attenders told Pew they consider “work to help the needy” an “essential part” of their faith. Most of them put their money and time where their mouth is: 65 percent of weekly church attenders were found to have donated either volunteer hours or money or goods to the poor within the previous week. (See graph 9)

Philanthropic studies show that people with a religious affiliation give away several times as much every year as other Americans. Research by the Lilly School at Indiana University found Americans with any religious affiliation made average annual charitable donations of $1,590, versus $695 for those with no religious affiliation. Another report using data from the Panel Study for Income Dynamics juxtaposed Americans who do not attend religious services with those who attend worship at least twice a month, and made fine-tunings to compare demographic apples to apples. The results: $2,935 of annual charitable giving for the church attenders, versus $704 for the non-attenders. (See graph 10) In addition to giving larger amounts, the religious give more often—making gifts about half again as frequently.

In study after study, religious practice is the behavioral variable with the strongest and most consistent association with generous giving. And people with religious motivations don’t give just to faith-based causes—they are also much likelier to give to secular causes than the nonreligious. Two thirds of people who worship at least twice a month give to secular causes, compared to less than half of non-attenders, and the average secular gift by a church attender is 20 percent bigger. (See graph 11) . . .

America’s tradition of voluntary charitable giving is one of the clearest markers of U.S. exceptionalism. As a fraction of our income, we donate over two and a half times as much as Britons do, more than eight times as much as the Germans, and at 12 times the rate of the Japanese. . . .

Other research shows that of America’s top 50 charities, 40 percent are faith-based.

An even more inclusive 2016 study by Georgetown University economist Brian Grim calculated the economic value of all U.S. religious activity. Its midrange estimate was that religion annually contributes $1.2 trillion of socioeconomic value to the U.S. economy. This estimate includes not only the fair market value of activity connected to churches (like $91 billion of religious schooling and daycare), and by non-church religious institutions (faith-based charities, hospitals, and colleges), but also activity by faith-related commercial organizations. That $1.2 trillion is more than the combined revenue of America’s ten biggest tech giants. It is bigger than the total economy of all but 14 entire nations. . . .

[M]embers of U.S. churches and synagogues send four and a half times as much money overseas to needy people every year as the Gates Foundation does! . . .

Over the last couple decades, soaring interest in the poorest of the poor by evangelical Christians in particular has made overseas giving the fastest growing corner of American charity. One result: U.S. voluntary giving to the overseas poor now totals $44 billion annually—far more than the $33 billion of official aid distributed by the U.S. government.

There are many other types of charity and social healing where religious givers are dominant influences.

It isn’t just a matter of serving and healing others. People of faith also behave differently themselves. There is lots of evidence that in addition to encouraging a “brother’s keeper” attitude that manifests itself in philanthropy and volunteering, religious participation also inculcates healthy habits that help individuals resist destructive personal behavior themselves.

A classic study by Harvard economist James Freeman found that black males living in inner-city poverty tracts were far less likely to engage in crime and drug use if they attended church. Church attendance was also associated with better academic performance and more success in holding jobs. Follow-up studies found that regular church attendance could even help counterbalance threats to child success like parental absence, low school quality, local drug traffic, and crime in the neighborhood.

Given all the evidence linking religious practice with both healthy individual behavior and generosity toward others, recent patterns of religious decline are concerning. . . .

The link is clear, and sociology (my major in college) confirms it. It’s not just Christians saying we are better than others (circular argumentation). And to the extent we are better, in the Christian view it is all ultimately God‘s doing. God’s grace and enabling power transform our lives and make us capable of doing good and righteous and loving, charitable things. We merely cooperate with that grace. This is the teaching of Catholicism, Orthodoxy, and historic Protestantism alike: human beings (including atheists) can literally do no good thing without the enabling power of God’s grace.

But the above information from social science clearly shows that if we want a better society, we will encourage religion, not discourage it. If we want a less caring, more heartless, less charitable, less other-directed society, we will encourage atheism and neglect of church attendance. That’s not my subjective, biased opinion as a Christian; it’s the objective data of sociology. Of course, I would have predicted precisely this, and the secular science backs up what Christianity has said all along: that God (i.e., when we actually cooperate with Him and let Him be the primary purpose of our lives) produces better, more loving and caring human beings on the whole.

Summary: Mountains of data from secular sociology proves that, indeed, religion makes us better human beings in many different ways, with a huge positive impact on the overall surrounding society.

May 8, 2021
Pearce's Potshots #21: Sufficient Evidence for Theism
Next Post

May 10, 2021 Pearce's Potshots #23: God's True Mercy & Grace
Recent Comments
0 | Leave a Comment
"A case is made that archaeology supports a real Moses having existed by using a ..."
Walter Mattfeld Did Moses Exist? No Absolute Proof, ..."
"I have to agree with Dave Armstrong that Prasant's comment was indeed off topic. My ..."
Walter Mattfeld Abraham & Beersheba, the Bible, & ..."
"While no mention is made of a town being in existence at Beersheba in the ..."
Walter Mattfeld Abraham & Beersheba, the Bible, & ..."
"It always boggles my mind that atheists in particular would go ballyhooing a “conclusion” about ..."
Jim Dailey Did Moses Exist? No Absolute Proof, ..."
Browse Our Archives
get the latest from
Biblical Evidence for Catholicism
Sign up for our newsletter
POPULAR AT PATHEOS Catholic
1